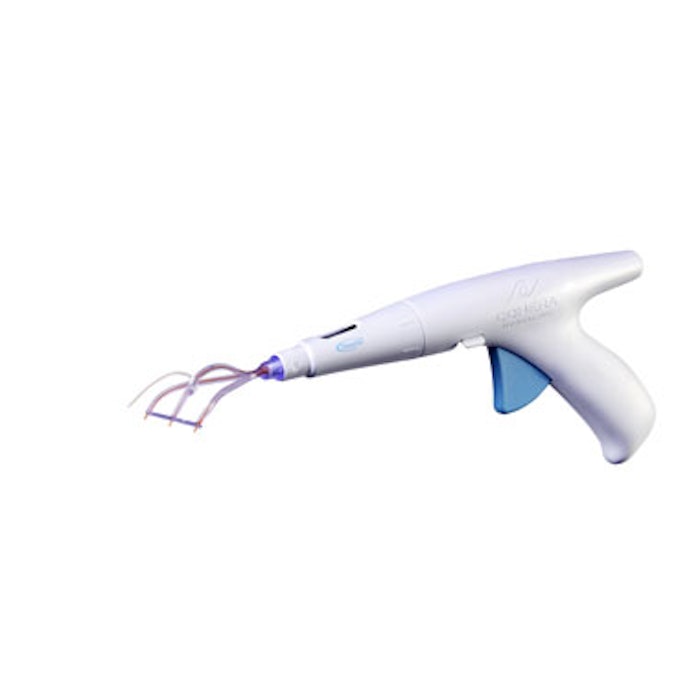 The U.S. Food and Drug Administration (FDA) has approved Cohera Medical’s TissuGlu adhesive for internal use. TissuGlu is a urethane-based adhesive that can connect tissue flaps made during surgery to remove excess fat and skin, or to restore weakened or separated abdominal muscles in abdominoplasty. Applied with a handheld applicator, liquid TissuGlu drops react with the water in the patient’s own tissue and bond the flaps together, potentially reducing or eliminating the need for postsurgical fluid drainage between abdominoplasty tissue flaps.

The FDA’s review of TissuGlu included data from a clinical study of 130 participants undergoing elective abdominoplasty. Half of the participants received surgical drains while the other half received TissuGlu and no drains. Results showed that 73% of participants who received TissuGlu required no postoperative interventions to drain fluid that had accumulated between the abdominoplasty tissue flaps. Of the 27% of patients who did require invasive treatments, 21% received needle aspirations alone; 6% of the TissuGlu group received both needle aspirations and drains for persistent seroma formation.

“The FDA’s approval of the first synthetic adhesive for internal use will help some abdominoplasty patients get back to their daily routine after surgery more quickly than if surgical drains had been inserted,” said William Maisel, MD, MPH, deputy director for science at the FDA’s Center for Devices and Radiological Health.