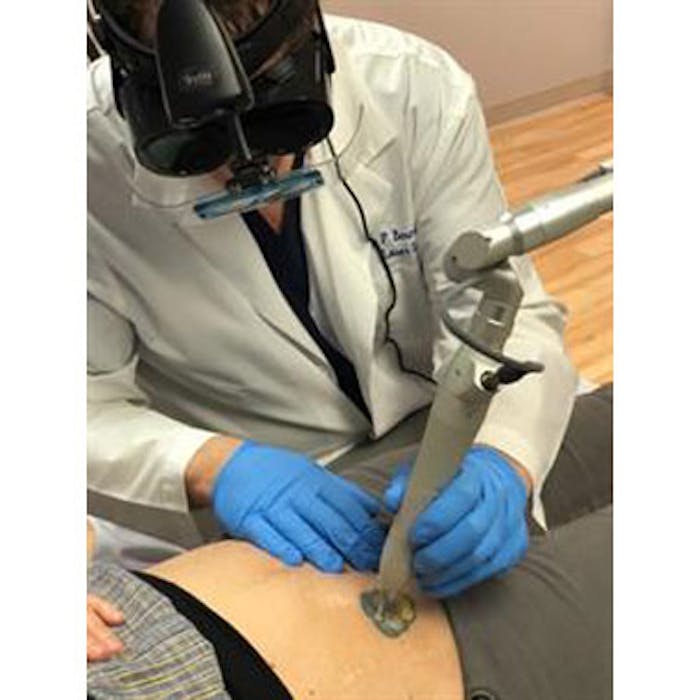 Following local anesthesia and application of a hydrogel dressing, Dr. Bernstein treated each tattoo with only the 730nm wavelength and 246 picoseconds pulse duration. Treatments were spaced six to 10 weeks apart. Fluences were increased to reach an endpoint of immediate tissue whitening and decreased if more than pinpoint bleeding was observed beneath the clear hydrogel dressing. Higher fluences were required to reach the desired endpoint with each subsequent treatment, as less target pigment was present in the tattoo to absorb the administered laser energy.

“Laser-pumped lasers enable multiple different wavelengths or colors of light to be delivered from a single machine,” said Dr. Bernstein. “This means we can treat more colors in a tattoo or have different effects depending on each person when treating freckles for example. This was the first clinical trial of this new device, which is a major advance in laser technology.”