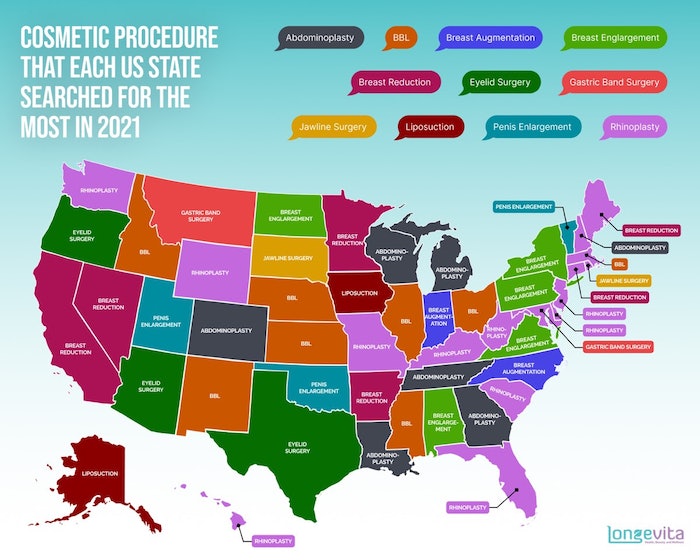 Longevita has released a study of Google searches designed to identify the most searched cosmetic procedure in each U.S. state.

Longevita is a cosmetic surgery provider that partners with different medical professionals including plastic surgeons, hair transplant surgeons, dentists and eye surgeons to ensure that patients benefits from the highest quality service.

A spokesperson for Longevita commented on the study: "Procedures such as these can not only transform a persons image but also their life. The confidence, self-esteem and general happiness that can come as a result of undergoing one of these procedures is transformative. This study offers a fascinating insight into the which procedures are the most popular."

The rest of the top procedures were as follows: