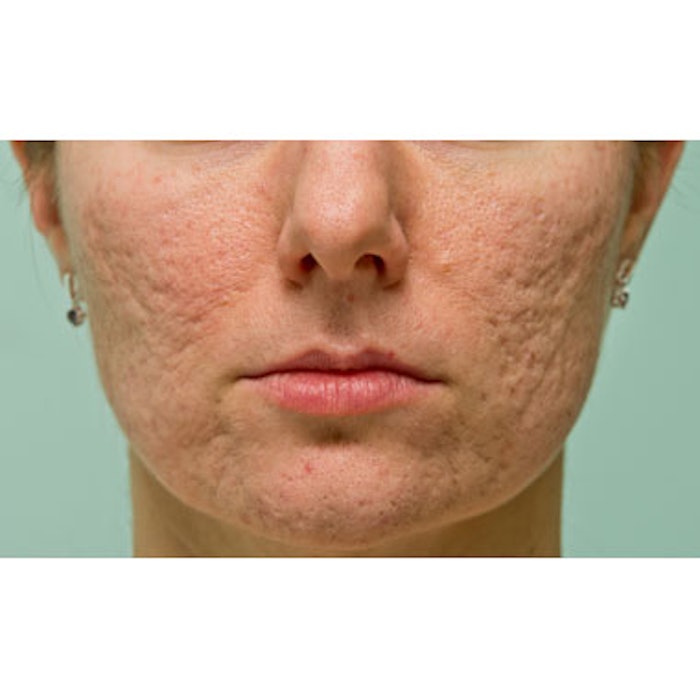 They enrolled 20 subjects, ages 20-65, with facial acne scars; 15 of the subjects completed the study, but none were withdrawn due to adverse events. Each participant received three needling treatments performed two weeks apart on one side of his or her face. Then two dermatologists separately evaluated the subjects’ scars using the quantitative global scarring grading system: They were provided with digital photos taken at baseline, the three-month follow-up visit and the six-month follow-up visit.