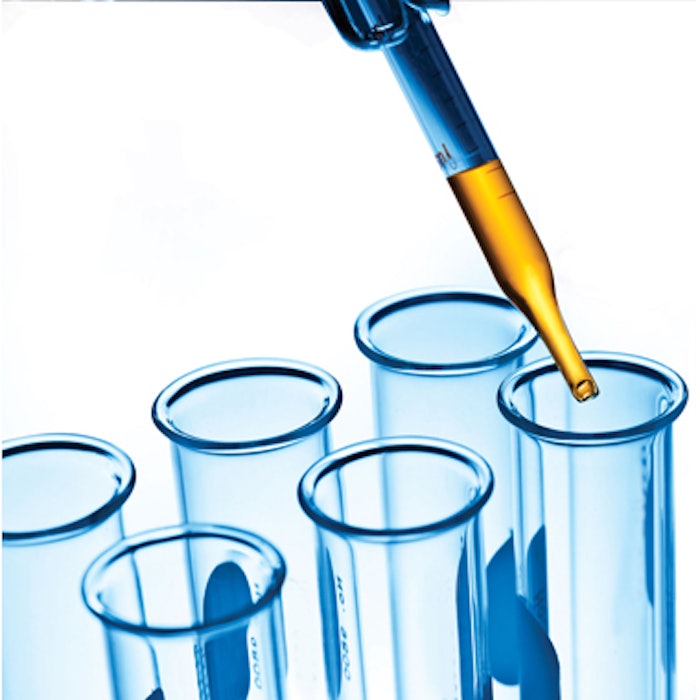 Growth factor-BASED serums and creams have become ubiquitous in topical antiaging skin care. But what these different products contain can vary widely. Some products contain actual growth factors—either animal- or plant-derived—and others use so-called “signaling” ingredients, typically peptides that trigger the cells in a manner similar to naturally occurring growth factors. In all cases, the goal is to combat the changes that occur in aging skin

“When the body is working normally, growth factors in the skin signal the fibroblasts to make collagen or elastin, for example, while matrix metalloproteinases (MMPs), such as collagenase and elastinase, remove damaged cells and proteins,” says Robert Manzo, founder and chemist with skincare manufacturer Skinprint. “As we age, our growth factors decrease but our MMPs stay where they are, so they start to degrade healthy tissue. Hence people started to put growth factors into their antiaging products in an attempt to bring the skin back into balance.”

In an effort to stimulate the skin, product formulators began adding actual growth factors to their topical formulations in hopes of unlocking these receptors and initiating aging skin to make more of the things it needs to stay healthy and youthful.

There has been some controversy over the use of human-derived growth factors in skin care. The first concern is safety. We depend on MMPs to destroy damaged cells, and there are concerns that artificially stimulating cells that otherwise would be destroyed may allow them to proliferate and could cause cancer. At this point, though, scientists have not seen such a case.

The second issue is whether human-derived growth factors can penetrate the stratum corneum. In a study by Caroline Aldag, et al, published in Clinical, Cosmetic and Investigational Dermatology (September 2016), researchers explain that growth factors are typically larger than 15,000 Da, and molecules greater than 500 Da cannot easily penetrate an uncompromised stratum corneum.

“It is similar to the old days when people would say, ‘Hey there’s collagen in this cream,’” says Manzo. “We knew that applying collagen topically didn’t really work, but we didn’t know why. It turns out that collagen is a very large molecule that can’t penetrate. It is the same thing with growth factors.”

Dr. Baumann is also skeptical about the utility of topical growth factors. “I am not sure of the role that growth factors play in skin rejuvenation,” she says. “We need to learn a lot more before I can be very enthusiastic about them.”

Today, rather than placing actual growth factors into their formulations, many skincare manufacturers are looking to peptides that can trigger skin cells to perform specific functions. For example, companies such as DefenAge, Skinprint and Alastin are utilizing proprietary cocktails of peptides in an effort to reduce inflammation, protect skin and increase collagen and elastin production.

Here are several peptides that have been shown through double-blind, placebo-controlled studies to positively affect aging skin, according to Silke Karin Schagen of Beldio Research in Germany, who published “Topical Peptide Treatments with Effective Anti-Aging Results” (Cosmetics, May 22, 2017), a review of peptides in antiaging skincare.
Carnosine, a dipeptide and antioxidant that has been shown to reduce erythema.

Palmitoyl Tetrapeptide-7 (Rigin) acts as an anti-inflammatory after exposure to UVB-irradiation.

Hexapeptide-11 improves skin elasticity and is believed to interfere with the onset of senescence in fibroblasts.

In addition to peptides, Dr. Baumann notes that there are other proven antiaging ingredients, such as vitamin C, hydroxy acids and retinoids, that stimulate aging cells. “Interestingly, one study (Mechanisms of Aging, June 2017) also showed that green tea (epigallocatechin gallate) topically upregulated production of epidermal growth factor,” she says.

Though peptides are much smaller than growth factors (typically less than 500 Da), due to their hydrophilic nature, they also have difficulty penetrating the stratum corneum. To address this, formulators often use liposomal delivery.

“One way to deliver the active materials is to put the compounds into a liposome. Based on pH or depth, the liposome will then release the actives,” says Manzo. “The problem is, this increases the cost of the product significantly, so you typically see this only in physician-dispensed lines where we can have higher price points.”

So how do you choose the right products for your patients? Reviewing clinicals and speaking with colleagues is a good start, but also try the products yourself. “Sampling is a big trend because skincare companies have to be very careful about the claims they make about their products,” says Manzo. “A company may have a great new technology, but they can’t talk about it so they say with this $75 purchase, you get three samples; with $150, you get six samples. So do try the products first and share them with your patients.”