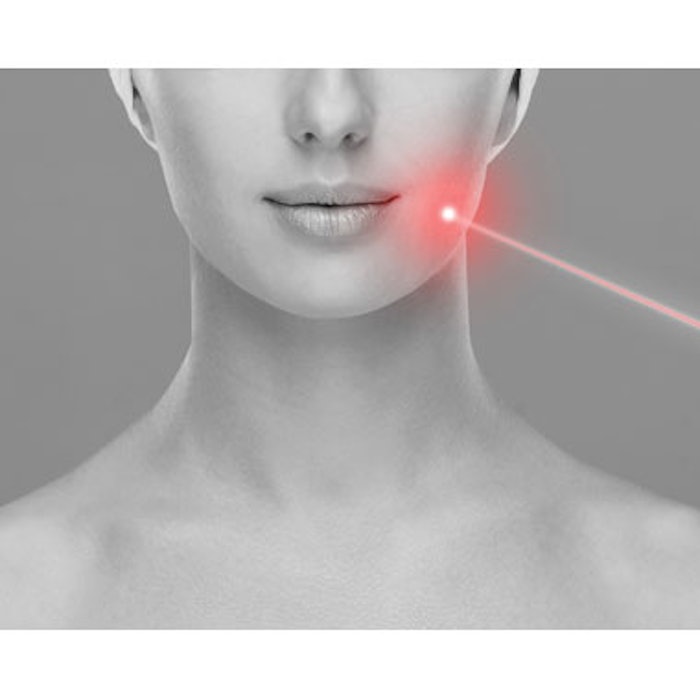 The distinct dark color of excess pigmentation in the skin is the ideal target for laser therapy. The top melanin-targeting wavelengths include 532nm, 694nm, 755nm and 1,064nm. Equally important in choosing the best wavelength is choosing the correct device with the appropriate pulse duration and spot sizes for the individual patient and concern. On the following pages, aesthetic laser physicians share how they select the right laser modalities to banish their patients’ unwanted brown spots and benign lesions. The first step is to identify the pigmentation concern you want to address.

“If someone comes in with a discrete brown spot or pigmented birthmark, we always use a laser device,” says Tina Alster, MD, director of the Washington Institute of Dermatologic Laser Surgery. “People with blotchiness need to be cleaned up first with a topical regimen and very good sun protection before you would ever use a laser device on them. I’m always hesitant, even though I use lasers every day, to start people on lasers for pigment as a first-line defense unless it is a birthmark or discrete brown spot without any surrounding dyspigmentation or evidence of photodamage or recent sun damage.”

Picosecond lasers are the latest advance in pigment-targeting lasers and the first choice of Douglas Wu, MD, of Cosmetic Laser Dermatology in San Diego, for most types of unwanted pigmentation. “The picosecond laser has significant advantages over other technologies currently available for pigmented lesions,” he says. “They are the most effective, and by effective, I mean they offer the highest clearance rate in the smallest number of treatments. They also have a high degree of safety due to the ultra-short pulse duration that some of them have.”

Lasers with shorter pulse durations are safer, Dr. Wu says, because they create less heat and translate into more photomechanical energy, effectively breaking apart targeted pigment. Higher wavelengths have more of a thermal effect that could cause burning, which might be more optimal for hair removal but is not as useful for pigment, he says.

Eric Bernstein, MD, of Main Line Center for Laser Surgery in Ardmore, Pennsylvania, typically reaches for a Q-switched or picosecond-domain 532nm KTP laser for pigment concerns in fair skin, but notes that the shorter wavelength may cause new post-inflammatory hyperpigmentation (PIH) in patients with darker skin types because shorter wavelengths are more strongly absorbed by melanin pigment. “For these patients, I prefer the Q-switched 694nm ruby or the Q-switched 755nm Alexandrite. I also have the PicoWay (Candela) picosecond device, which includes a 785nm wavelength as well as the 730nm,” he says. “I prefer these devices because they treat the individual spots that you’re aiming at but they leave your normal pigment alone around those spots. That allows the normal skin pigmentation to stay where it is. You’re not bothering things you don't want to bother.”

Despite his passion for lasers, Dr. Bernstein notes that the best solutions are often old and inexpensive. For conditions, such as lentigos, the simple application of liquid nitrogen can offer him more control than lasers, he says.
Patients with melasma or other forms of diffuse dyspigmentation are better served with topical lightening agents and strict sun protection prior to in-office procedures. “I start these patients on a good skincare regimen, not only including sunscreen, but also a skin lightener or brightener to make sure that they’re doing their homework and getting their skin in good condition before any laser treatment or chemical peel,” says Dr. Alster.

She notes that you also need to be careful not to treat patients who have had recent sun exposure with a laser, as it increases the likelihood of PIH, blistering or other complications.

When determining the best laser or combination of laser treatments to use, a second key factor to consider is the patient’s skin type. For instance, a fair-skinned patient with isolated lentigines anywhere on the body might be best served with a Q-switched ruby laser. “Once you get into the darker skin phototypes, then you have to alter your technology and some of the lasers don’t work as well,” says Roy G. Geronemus, MD, director of the Laser & Skin Surgery Center of New York.

For treating discrete lentigines in Asian or darker-skinned patients, he prefers a picosecond 523nm laser. This is controversial; Drs. Wu and Bernstein said that a 532nm would perform extremely well in terms of effectiveness in skilled hands, but would be riskier than a 730nm laser.

For patients with PIH or melasma, Dr. Geronemus uses a 1,927nm nonablative fractional laser, such as the Clear + Brilliant or LaseMD (Lutronic).

Practitioners have typically been cautious about using short-pulse lasers, such as a Q-switch laser, on darker skin tones, as they cause photomechanical injury in addition to the photothermal effect, which can create inflammation, increasing the risk of PIH. Dr. Bernstein finds that wavelength is the better indicator of PIH risk.

“Shorter wavelengths are more strongly absorbed by melanin pigment and this can cause a little bit of PIH in some patients,” says Dr. Bernstein. Therefore he generally prefers devices in the 700nm and above range for those skin types.

Dr. Wu, however, notes that the PIH risk with sub-500 picosecond lasers is comparable to those of longer pulse devices, with all of the benefits of the shorter pulses. “The advent of ultrashort-picosecond pulse duration lasers, for skin of color especially, has revolutionized the space, because they offer a high degree of efficacy and also a high degree of safety,” says Dr. Wu.

Dr. Alster disagrees that the ultra-short picosecond laser significantly reduces the risks seen with Q-switched lasers. “The pico lasers most definitely will destroy pigment—like really pulverize it—but sometimes it’s just too much of a shock for the pigment, and people who have darker skin tones may react more vigorously and produce more pigment in response to that,” she says.

For light-skinned patients, she prefers Q-switched lasers to picosecond lasers, saying they are a bit more gentle. For patients with darker skin types, she opts for longer pulses.

“That kind of protects their pigment. The longer pulses don’t cause as intense of a reaction in the skin,” she says. “What I'm worried about is either causing an area to hyperpigment or hypopigment afterwards, so it's a balance. I do choose a longer pulse width for people with darker skin tones.”

Although picosecond lasers can offer faster and more thorough removal of pigment and tattoo inks, researchers believe that the optimal pulse width for hyperpigmentation and tattoo removal is likely shorter than today’s 250-picosecond pulse options. How short isn’t exactly clear yet. “There is going to be a point, theoretically, where shorter is not better,” says Dr. Wu. “The theoretical calculation involved in that process seems to indicate that the sweet spot will be in the sub-100 picosecond range, maybe somewhere in the area of 30 to 100. Lower than that, it isn’t clear what effect the pulse would have on tissue.”

Dr. Alster is interested in learning about applications of even shorter pulse durations, such as femtosecond lasers, which are not easily available for dermatologic uses. “I’m intrigued, because this may be an even more precise way to target virtually anything in the skin,” she says.

But just about any of the above lasers can do the job in the hands of a knowledgeable practitioner; providers don’t need to fall into the trap of keeping up with the latest and greatest technology, “so long as the lasers were manufactured within the last decade,” says Dr. Wu.

With pigment-targeting laser technologies rapidly advancing, when is it time to upgrade your devices? Dr. Alster cautions that going for the latest laser technology isn’t necessary for most practices seeking to treat hyperpigmentation. “I would not have upgraded my Q-switch laser to a pico laser if I hadn’t been involved with one of the studies, which allowed me to get my pico laser for less money than the sticker price,” she says. “While, yes, on paper, you could say the pico laser gets rid of pigment a little bit more efficiently, I don’t think it’s necessarily worth the cost of upgrading to that unless you treat a lot of pigmented lesions.”

The versatility of newer picosecond laser platforms may make an upgrade worthwhile for practices that cannot afford to bring in multiple new devices. “The new advances are fantastic, because picoseond laser platforms often come with all three wavelengths you’re going to want to use for skin rejuvenation, tattoo removal and pigment, so you have to really consider all those things when you’re looking at buying a laser,” says Dr. Bernstein.

He urges fellow practitioners to check them out in person at meetings and conferences, and ask for demos. “The proof is in the pudding,” says Dr. Bernstein. “My favorite person to try it out on is the sales rep bringing it in. So, I have three words for sales reps with a new device: Have a seat.”

Brandon Lowrey is a freelance writer based in Texas.