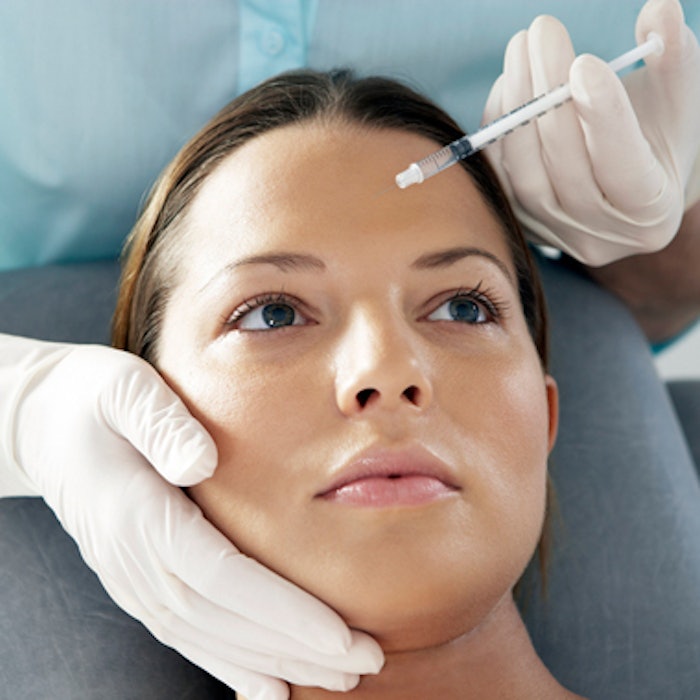 Two weeks post-injection, the three techniques had improved the forehead lines at rest and with contraction, but the forehead lines with contraction were more improved in group 1 (V-pattern) compared with both groups 2 and 3. The brow was lower at all measured positions except the lateral brow edge in all three groups, but the middle horizontal pattern lowered the eyebrow more than the high horizontal injection pattern.