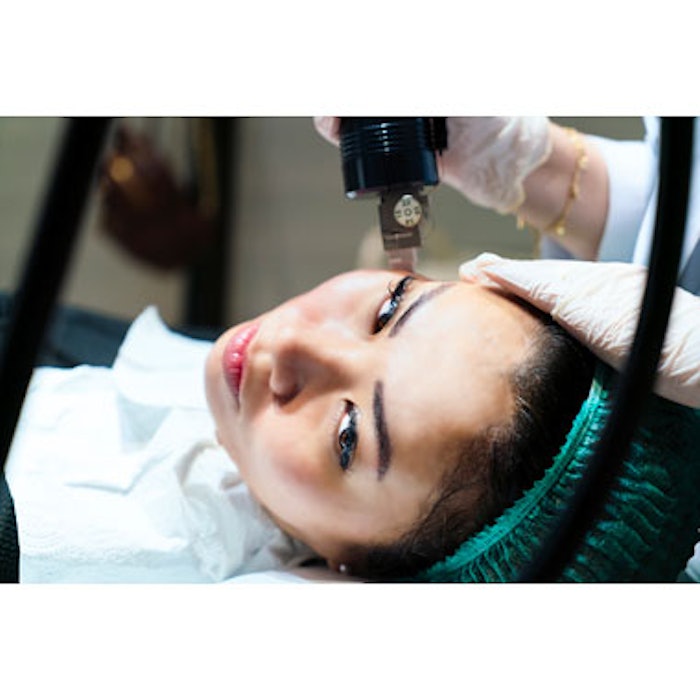 There were no morphologic changes to the filler following treatment with 1,540nm, 1,550nm, 1927nm and 10,600nm lasers. Though the researchers did observe thermal changes from the 1,540nm and 1,550nm lasers in very close proximity to the filler. Both RF devices caused thermal damage of the filler along the microneedle tracks. The authors concluded that the deeper dermal penetration of the RF energy will cause damage to fillers in the mid to deep dermis, and advised caution in using these devices over recently injected HA fillers.