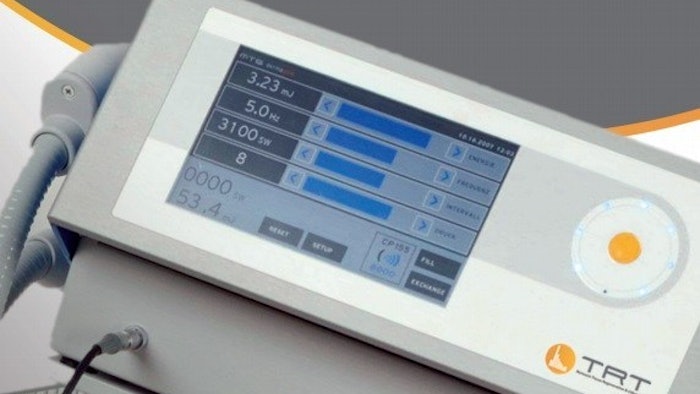 SoftWave Tissue Regeneration Technologies has announced its plan to embark on a 60-patient study for the treatment of cellulite. SoftWave has been issued a patent for the use of shockwaves to treat cellulite and numerous other esthetic conditions.

The study will evaluate the safety and efficacy of SoftWave’s DermaGold device for the temporary improvement in the appearance of cellulite. Some of the inclusion criteria include: being a woman between the ages of 25 and 65, having at least one dimple with a depth of 5mm, a cellulite severity score of greater than four and body mass index (BMI) of less than 30.

Unfocused extracorporeal shock wave therapy (uEWST) or “Softwaves” have been used for a variety of clinical conditions. Internationally, uESWT has been used since 2005. Karsten Knobloh, Ph.D., MD, and Robert Kraemer, MD, evaluated 11 clinical trials and found uESWT was able to improve the degree of cellulite both in terms of appearance as well as in terms of ultrasound improvement of the subcutaneous fat. These studies reported very few side effects.

This therapy creates both a physical and biological response. The mechanism of action is believed to be the disruption of fat components and septae. Another physical response is the reduction of lymphedema from the uESWT application. Recently, it has been proposed that the influence of uESWT activating pathways is in adipose-derived stem cells (ADSM). Clinically diseased skin appears to normalize following uESWT such as in progressive systemic sclerosis with up-regulation of endothelial progenitor cells and circulating endothelial cells.

SoftWave Tissue Regeneration Technologies plans to begin this trial in 2020 and will be filing for a 510K clearance for the treatment of cellulite in the first quarter of 2021. This procedure takes about 20 minutes to perform, is noninvasive and virtually pain-free.