In two independent European clinical studies, Sebacia gold microparticles were found to effectively reduce the appearance of inflammatory acne lesions. The gold and silica microparticles are placed in a suspension designed to penetrate the sebaceous follicles. When activated by the light of a hair removal laser, they create a focused photo-thermal effect that reduces the activity level of the sebaceous gland and follicle.

A total of 97 subjects with acne vulgaris on their arms were treated. The studies were designed as 1:1 randomization with crossover control groups—the control arm in the first study received over-the-counter face wash, and in the second study the control was the suspension without Sebacia microparticles and laser treatment.

Results showed a significant decrease in inflammatory lesions and IGA scores in the treated arms versus the control arms at 12 weeks in both studies. Inflammatory lesion count reduction was approximately 60% at six months. Treatment was well tolerated, and side effects were limited to transient mild erythema and mild edema.

“Sebacia treatment provided a significant and sustained reduction in acne for the patients in our clinical trial,” said Witold Owczarek, MD, principal investigator of both studies. “As a simple, two-step, in-office treatment, Sebacia treatment could provide an essential alternative to the daily use of topical and systemic drugs that are currently available for acne.”

Clinical studies in the U.S. are ongoing. 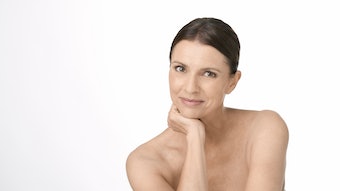