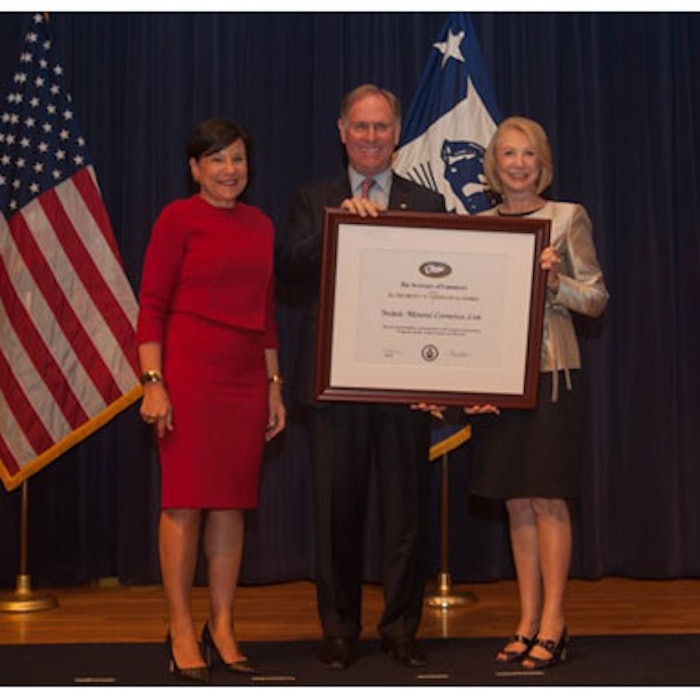 Iredale Mineral Cosmetics, manufacturer and distributor of Jane Iredale–The Skin Care Makeup line, received the President’s “E” Award for Exports at a ceremony in Washington, D.C. The President’s “E” Award is the highest recognition any U.S. entity can receive for making a significant contribution to the expansion of U.S. exports. The brand’s makeup line is distributed in over 50 countries worldwide.