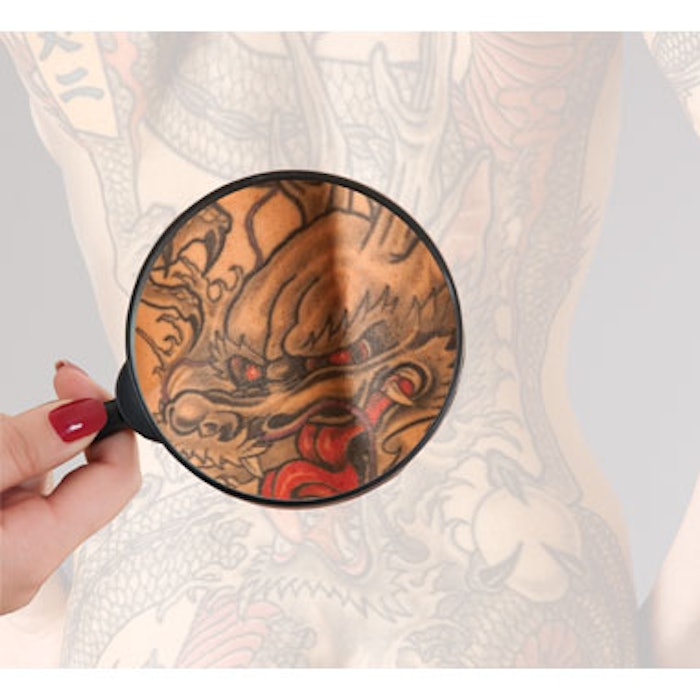 If you want to get a sense of just how popular tattoos are in the United States, you need only look at cable television listings. To date, there are more than 20 reality shows dedicated to the art of tattooing, and multiple studies have put the number of people with tattoos at anywhere from 30% to 40% of the U.S. adult population. So how does this relate to your practice? Approximately one in five of them are thinking of having their tattoos removed.

The challenge for providers is that as the artistry of tat-tooing evolves, removal becomes more difficult. “Today’s multicolor tattoos have high-quality inks with small particles that are placed at various depths in the skin,” explains Michael Kaminer, MD, of SkinCare Physicians in Boston. “These facets that make a tattoo really good also make it very hard to remove.”

Patients entering an aesthetic practice for removal of their body art can expect to spend thousands of dollars and undergo multiple sessions—often as many as 20—to achieve satisfactory results. New developments in both laser technologies and treatment protocols have been geared toward reducing the number of office visits and improving outcomes for difficult colors, such as blues and greens. “There have been huge advances in laser technology in just the past five years,” says Eric Bernstein, MD, of the Main Line Center for Laser Surgery in Ardmore, Pennsylvania. Despite this, he says, “there is no easy recipe for tattoo removal.”

Picosecond lasers that offer a significantly shorter pulse width than previous nanosecond lasers have been the biggest game changer in tattoo removal. The addition of new wavelengths has made these devices even more effective at treating a wider range of ink colors. “The development of picosecond lasers revolutionized tattoo removal,” says Mitchel P. Goldman, MD, founder and medical director of Cosmetic Laser Dermatology in San Diego. “When you put ink in the skin, the body encap-sulates it. Nanosecond lasers smash it up into little pieces; picosecond lasers pulverize it, turning boulders into sand.” He estimates that the improved efficacy of the picosecond lasers reduces treatment sessions by half. “Instead of taking 20 treatments it basically takes 10,” he says, “and the latest devices are especially good at targeting previously challenging colors such as blues and greens.”

There are three picosecond lasers currently on the market: the PicoSure (532nm/755nm, Cynosure), which launched in 2013; the PicoWay (532nm/785nm/1064nm, Syneron-Candela); and the enlighten (532nm/1064nm, Cutera), which offers both picosecond and nanosecond pulses.

“Up until now we could really only treat black or dark blue effectively. Today, we can treat red, yellow and orange,” says Dr. Kaminer. “The more powerful lasers also target the deeper pieces of ink.” His preferred device is the enlighten, because it offers multiple wavelengths and both picosecond and nanosecond pulses. His typical treatment protocol is 6 to 10 sessions, spaced at least one to two months apart.

Dr. Bernstein uses multiple lasers to treat multicolored tattoos. His favorite tools include the (532nm/1064nm,­ Cynosure), AlexTriVantage (532nm/755nm­­/1064nm, Syneron-Candela) and the PicoWay. “I use a 1064nm wavelength for black ink; for blue and green inks I use the 755nm and the 785nm wavelengths,” he says. “The 532nm Nd:YAG picosecond laser removes yellow and orange, which is something we could never do before. It is also good at removing tattoos that are faint or resistant.”

As the tattoos become more faint, Dr. Bernstein length-ens the intervals between treatment sessions, “because it takes time for the cells in the skin to aggregate the ink once you’ve ruptured it,” he says. “I typically treat at two-month intervals, however, waiting three or four months can improve the results. With any laser it helps to wait a minimum of six weeks.”

R20 and the PFD patch

“The two major, recent breakthroughs in laser tattoo removal are the development of the picosecond laser and the R20 treatment protocol,” says Christopher Zachary, MD, professor and chair of dermatology at the University of California, Irvine. With the R20 protocol, rather than have patients come back month after month, physicians perform one laser treatment, wait 20 minutes, then perform a second treatment. This is repeated for a total of four passes in one day. The 20-minute waiting period allows the opaque white microbubble layer that forms on the skin during laser treatment to resolve before re-treating.

In 2012, Roy G. Geronemus, MD, et al, investigated the use of topical perfluorodecalin, which acts as an optical clearing agent, to prevent the opaque microbubbles and speed laser treatment (Lasers in Surgery and Medicine, February 2012). The result was a spontaneous resolution of the whitening response in more than 75% of cases. This led to the development of the DeScribe Transparent PFD (perfluorodecalin) Patch from ON Light Sciences.

“The patch absorbs the microbubbles so you can treat again within seconds,” says Dr. Zachary. “It increases trans­mission of light to the skin and maximizes clearance.” He uses the PFD patch to perform serial treatment ses­-sions on the same day, although he performs fewer passes than called for by the R20. “As with all research, treating four times has been questioned recently,” he says. “I usually treat twice in one session.”

The clinical trial that led to the U.S. Food and Drug Administration (FDA) approval of the PFD-infused silicone gel patch in 2015 treated 17 adults with dark blue or black tattoos. After dividing the tattoos into two sides, the PFD patch side was treated with three or four passes, while the control side was treated once. The majority of patients (11 out of 17) had more rapid clearance on the patch side than on the control side.

There was no increase in adverse events compared to the control side, even after immediately treating the same half of the tattoo three times. Patient satisfaction was high as well. At 30-day follow-up, all patients who used the patch said they wished to continue doing so.

Along with more rapid clearance, the patch has other advantages. “It’s somewhat cooling, so treatment doesn’t hurt so much. Another benefit of the PFD patches is they stop splatter,” says Dr. Zachary, who points out that tattoo inks can contain more than 100 different toxic ingredients.

Because the FDA does not regulate tattoo inks, there is no way to know what exactly is in them. Different artists use different pigments and may also blend inks or use shading to brighten colors. This makes the effects of treatment unpredictable. “Allergies are a serious challenge with red tattoos, in particular,” says Dr. Kaminer. “If you mobilize the ink with a laser, you need to be prepared for an allergic reaction.”

Dr. Bernstein looks for signs of existing allergic reaction or infection before starting treatment. “It looks like poison ivy, but it’s in the tattoo,” he says. “Lasing that away can
be dangerous.”

Another common pitfall is “unsuspectingly treating white or tan ink,” says Dr. Bernstein. These inks often contain zinc or iron oxides that will turn from white or flesh color to black when treated with a laser. “You have to look for clues that white is included in light greens, blues or purples,” he says.

Treating darker skin types can also be a challenge. Darker skin is more likely to burn because the laser targets any pigment, including melanin. “I use the 1064nm wavelength when treating patients with darker skin, as opposed to the Q-switched ruby, which can cause scarring and loss of pigmentation,” says Dr. Zachary.

Photo copyright Getty Images.
[pagebreak]
Getting patients to stick with treatment is an issue, given the cost and pain of removal. “If it costs $100 to have a tattoo put on, it could cost up to $5,000 to have it removed,” says Dr. Goldman. “And while it takes only one session to put the tattoo on; it takes 3 to 20 sessions to get it off. Yet, many patients expect a quick solution.”

Unpredictable response rates only add to problems with patient satisfaction. “Patients are disappointed if they have 10 treatments and the tattoo is only partially removed,” says Dr. Zachary. “So they need to be prepared for this outcome.”

Be aware that certain areas of the body tend to respond more slowly to treatment. “Many people get ankle tattoos, which are more difficult to remove,” says E. Victor Ross, MD, of Scripps Clinic Carmel Valley in San Diego. In general, the healing process is slower the farther away one moves from the head and neck, meaning tattoos on the lower extremities do not fade as quickly.

In addition, patients will require pain management dur-ing laser treatments. “Topical anesthesia and cold air are sufficient for some patients during laser tattoo treatment,” says Dr. Ross. For those who need additional pain relief, he may inject lidocaine in the treatment area as well.

He recommends being cautious when speaking with patients about sessions required and potential outcomes, even when the tattoo looks relatively simple to remove. “Sometimes what appears to be a simple black tattoo is comprised of other colors as well,” says Dr. Ross. “After the black is removed, colors that were masked in the background may emerge. At that point we have to reassess the number of treatments for clearance. Every tattoo is its own case study.”

To ensure a positive return on investment, Dr. Kaminer recommends choosing a laser that can not only treat a variety of ink colors and skin types, but can be used for other aesthetic applications as well. “A laser should have multiple wavelengths, picosecond and nanosecond pulses, and enough power to generate a larger spot size so the energy can penetrate to a greater depth and target the deeper pieces of ink,” he says.

Dr. Zachary uses his PicoWay fractional handpiece for facial rejuvenation, acne scars and melasma, and notes that nanosecond lasers are still valuable in a number of indications, including tattoo removal. “Large particles might clear faster with a nanosecond laser,” he says. “For example, traumatic tattoos are easier to get out with a traditional laser.”

Every tattoo comes with a story, but not all of these stories are happy ones for patients seeking to shed reminders of their past. Which is why, despite the inherent challenges, tattoo removal can be so rewarding for providers. “People are extremely happy and grateful when they get their tattoos removed,” says Dr. Bernstein. “And it is super exciting to use these new laser technologies and uncover everything they can do.”