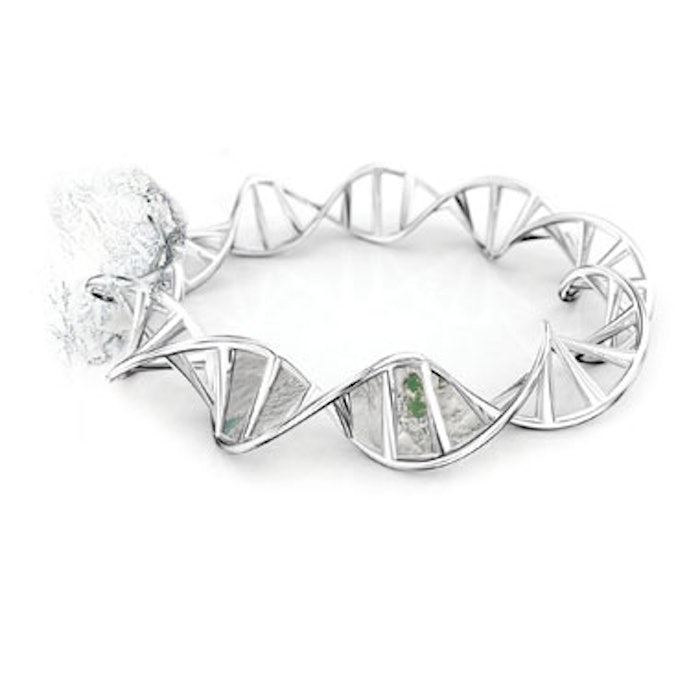 After decades of investigating the mystery of the body’s DNA repair system, researchers have made promising discoveries. Some of these findings have made their way into skincare formulations in the form of actives that purport to enhance cellular function, thereby aiding damaged DNA, and DNA repair enzymes—the latter of which are based heavily on the work of Daniel B. Yarosh, PhD.

Yarosh, who is the inventor of a DNA liposomal repair technology for use in topical skin care, did his postdoctoral research in the late 1970s on using bacterial DNA repair enzymes as reagents to fix damaged DNA in human cells. “Although we could do it, the early methods were crude and toxic to the cells,” he says. “I searched for safer and more effective methods than the chemicals we were using, and after reading about liposome drug delivery, I decided to try it with enzymes on skin. I started a biotech company to do this, and after a few years we patented a liposome method to get DNA repair enzymes into the skin and then the cells without toxicity.”

His own work was inspired by Tomas Lindahl, Paul Modrich and Aziz Sancar, who jointly won the 2015 Nobel Prize in Chemistry for their decades of research on “mechanistic studies of DNA repair.” ”

“They each studied a different type of DNA repair, demonstrating how it happens and which enzymes are involved,” says Yarosh. “Their discoveries allowed me to design and engineer a practical way to use these enzymes in human health.”
For example, sun exposure causes a very specific chemical change in DNA, in which two DNA bases are linked together, interfering with the coding information. “DNA repair enzymes recognize this altered change and start the process of reversing the damage,” explains Yarosh. “Some repair enzymes trigger the removal of the damaged bases and re-synthesis using the opposite strand as a template. Others directly split the fused bases without DNA strand cutting.”

In a paper published in The Lancet on March 24, 2001, Yarosh and his team showed that DNA repair enzymes extracted from plankton reduced skin cancers by 30 percent and precancers by 68 percent. The placebo-controlled study included 30 patients with xeroderma pigmentosum, a rare disease in which sufferers cannot tolerate sunlight becasue they lack DNA repair enzymes.

Previous research had shown that DNA repair enzyme T4 endonuclease V—when delivered intracellularly—increased the rate of repair of sunlight-induced DNA damage in human cells. For their 2001 paper, Yarosh and his colleagues used a liposomal delivery vehicle to apply the enzyme topically. Twenty patients received the active and 10 received a placebo lotion daily for one year and were followed every three months. At each visit, the rates of new actinic keratoses and basal-cell carcinomas were significantly lower in the treatment group.

Still, says Yarosh: “All people can benefit from DNA repair. Studies have shown that sun exposure all during our lifetimes affects the skin, so older patients who repair their DNA damage even later in life will be better off than those who don’t.”
DNA repair enzymes now being used in topical skincare lines include:

While the research behind DNA repair enzymes is encouraging, it is important for physicians to continue to encourage sound science as these advances move from the lab to the marketplace, notes John Kulesza, chemist and founder of Young Pharmaceuticals. “If we are going to claim DNA repair, this requires U.S. Food and Drug Administration (FDA) approval,” he says. “I have confidence that we will see drugs developed that are capable of repairing DNA—so much good work is being done in this area by people like Daniel Yarosh and Barbara Gilchrest—but the FDA has not approved any product for DNA repair at this time. There is still a huge amount of work to be done to show that these enzymes can enter a living cell and make changes.”

Another group of ingredients touted as offering DNA repair capabilties is vitamin B3 derivatives. Ronald Moy, MD, dermatologist and founder of DNA Renewal, has been involved in clinical research on repairing photodamaged, aged and diseased skin for the past quarter century. He became interested in DNA repair enzymes after volunteering at Camp Sundown, a place for children who have xeroderma pigmentosum.

“Normally, we repair our DNA through enzymes in our skin,” says Dr. Moy. “I left a window cracked open, and one of the staff hurried to close it. Even that sliver of sunlight was enough to cause a problem for the campers.”

In addition to following the work of Yarosh, Lindahl, Modrich and Sancar on DNA repair enzymes, Dr. Moy was taken by the results of a phase 3, double-blind, randomized, controlled trial, published October 22, 2015 in the New England Journal of Medicine, which investigated the use of nicotinamide (a form of vitamin B3) to reduce the rate of nonmelanoma skin cancers. The study revealed that 500 milligrams of nicotinamide increased DNA repair and reduced skin cancers by 23 percent among the Australians who participated in the study.

Elaine and Myron Jacobson, biochemists and founders of the Nia24 skin care line, have spent their careers studying the mechanisms of DNA repair—which had its roots in their cancer research for the Mayo Clinic in the 1970’s—centered on vitamin B3.

“Niacin is used in all cells in all organisms as a central component of metabolism,” says Elaine. “Our strategy was to optimize the delivery of this important component.”

Adds Myron: “Pellagra was a killer disease in the early 1900s with symptoms including dermatitis, dementia and sores in the mouth. Once niacin was added to flour, this deadly disease was pretty much eradicated. As we’ve come to know about chronic aging, much of the population is suffering from a niacin deficiency, which puts additional stress on the immune system.”

The Jacobsons created a molecule called Pro-Niacin that penetrates the layers of the skin and is converted into nicotinic acid and then nicotinamide adenine dinucleotide (NAD), an intercellular bioactive form of niacin that supports repair enzymes. “As we accumulate sun damage, the skin develops a lack of signals to allow it to repair itself,” Elaine explains.
The breakthrough, says Myron, “was 90 percent perspiration and 10 percent inspiration. The crux of the chemical problem was the challenge of getting water-soluble vitamin B3 into the fatty surface of the skin.”

The couple’s patented molecule has a structure that allows it to penetrate the epidermis and reach the skin cells. “It is continually released at the site where the receptors are at the base of the epidermis, and the niacin goes into those cells,” says Elaine.

In numerous clinical studies, Pro-Niacin has been shown to improve skin tone and texture and reduce sun spots and fine lines and wrinkles. But as with DNA repair enzymes, the topical is more effective for immediate damage vs. long-term photodamage. “We tell people we can’t promise better looking skin but we can promise healthier skin—and over time that results in better-looking skin,” says Myron. “This takes time. One should not expect a cosmetic product to work in 24 hours.”

Still, he and Dr. Moy note that DNA protection and repair is a multi-faceted issue that requires a multi-faceted approach. “Diet is a big part of our health,” says Dr. Moy. “It plays a role in our immune system, but that aspect is often not addressed with patients.”

Adds Yarosh: “DNA repair does not go on in a vacuum.It is influenced by the immune system, the nervous system, and even the skin microbiome. Understanding these interactions opens many opportunities to further improve DNA repair in skin.”