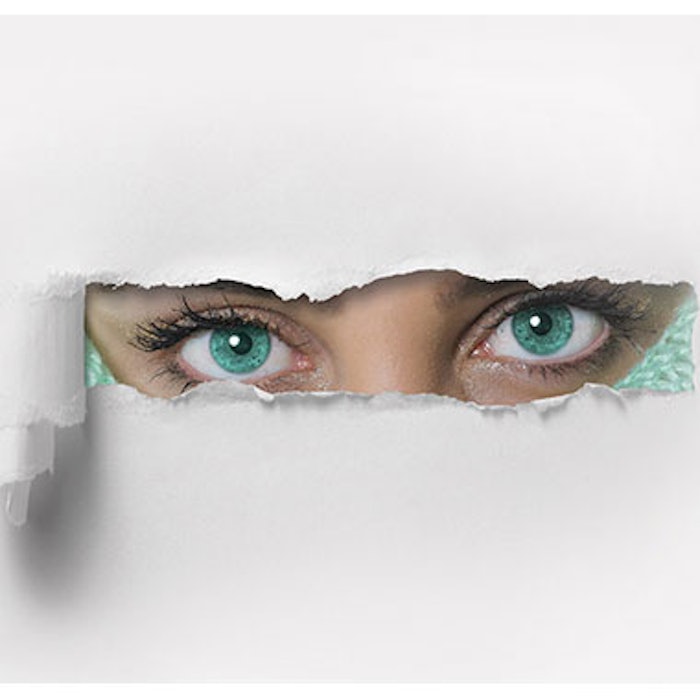 The eyes have been called the windows to the soul and the doorway to the heart. But many who have periorbital concerns, such as dark circles, crepey skin and undereye bags, wish others would just look away. Aesthetic practitioners can help patients regain their confidence and desire to meet others eye to eye by understanding what is causing these common aesthetic concerns, and offering a combination of in-office and homecare treatments.

“One of the first places that we show signs of aging is around the eye area, so tackling these concerns can restore a youthfulness to the entire face,” says Dennis Gross, MD, founder of Dr. Dennis Gross Dermatology in New York City and the Dr. Dennis Gross Skincare line.

Dark circles are one of the most common undereye concerns for patients, making them look tired and older than their years. “There are several causes of undereye discoloration. Some we can do something about; others are difficult to treat,” says Joel L. Cohen, MD, director of AboutSkin Dermatology and DermSurgery in Greenwood Village and Lone Tree, Colorado.

Hollowing Due to Volume Loss

In some cases what appears to be dark circles or discoloration under the eyes is actually shadowing due to a lack of volume. This can happen with age as the fat pads shift and bone degrades, but it may also be genetic. “We frequently see young male and female patients in their 20s and 30s who were born with a hollow depression in the undereye area,” says Nashville-based oculoplastic surgeon Brian S. Biesman, MD. “These patients tend to have changes in the medial portion of the lower eyelid, which are of aesthetic concern, and they are ideal candidates for soft tissue volume augmentation using hyaluronic acid (HA) fillers.”

Dr. Cohen notes that it is important to understand the risks, which include excessive bruising and vascular occlusion, when injecting in this area. “You need to be very familiar with the anatomy of the eye and use a 25-gauge cannula or larger,” he says.

For patients who have skin discoloration not related to hollowness or puffiness of the fat in the lower lid, the next step is to identify whether the dark circles are the result of excess pigment or visible blood vessels. “In many cases, this is due to a vascular component,” says Dr. Biesman. To determine whether dark circles are due to a shadowing effect from hollowness or puffiness, or actually a discoloration of the skin, he uses a flashlight to illuminate the skin directly. “Shadowing will become worse with tangential illumination and will improve or disappear when the light shines directly on the undereye skin,” he says. “If the skin is discolored at its baseline, that discoloration remains even when you illuminate it directly.”

Purple discoloration tends to be vascular. Brown discoloration is pigment. Dr. Biesman addresses unwanted pigment with either topical brightening agents or a Q-switched laser, while Dr. Gross opts for IPL.

To diagnose the cause of his patients’ undereye circles, Dr. Gross lifts the undereye skin up off of the bone. “If the darkened color is still visible on the skin, the dark circles are a result of hyperpigmentation,” he says. However, if the dark color disappears after lifting the undereye skin off the bone, the problem is either hollowing that is creating a shadow or transparency of the skin, which is allowing the dark veins underneath to show through. “In this case, I would use fillers to increase volume in the tear trough,” says Dr. Gross.

For vascular-related discoloration, Dr. Cohen gently stretches the skin to see the underlying veins more clearly. “If the patient has small-caliber, bluish infraorbital veins (up to 1.5mm in size), we typically use a long pulse Nd:YAG laser,” he says. “It’s important to protect the eyes, so we use stainless steel internal corneal shields with lots of lubricant. It is also very important to make sure the laser is aiming away from the eye. A few sessions with this laser can often minimize vessels significantly.”
In some cases, discoloration under the eyes is due to excessive or long-term rubbing or friction. These patients often have allergies and, in some cases, they have the “atopic triad”: eczema, allergies and asthma. “People who have long rubbed their eyes tend to have discoloration due to chronic irritation as well as vessel fragility/hemosiderin,” says Dr. Cohen. “This can be harder to treat.”

In addition to treating underlying allergies and encouraging patents not to rub their eyes, Dr. Gross recommends homecare products. “When using at-home skin care to combat undereye concerns, I recommend products with powerful antioxidants, ceramides and antiaging ingredients such as retinol and vitamin C,” he says. “These help increase elasticity, reduce fine lines and wrinkles and strengthen the delicate skin barrier.”

Another reason patients come to see Dr. Cohen has to do with lentigines resulting from sun damage. In these cases, he will treat small, isolated lentigines with a Q-switched laser or the BBL (BroadBand Light, Sciton) device. “For others who have just discoloration—or more confluent pigmentation—we use lasers and/or peels to help with that,” he adds.

A second group of young patients that Dr. Biesman tends to see are people who have puffiness in the lower lids related to prominence of the fat that’s normally found around the eye. “This can be congenital, where you can see people in their 20s or early 30s who have had puffy eyelids since they were young,” he says. “The puffiness can cause shadowing, so you have a hill from the fat and then a little shadow underneath it. In those situations, patients typically would like to camouflage the puffiness, get rid of the shadow or accomplish both objectives.”

Surgery to remove the excess fat is the most effective option, says Dr. Biesman. In the event the patient does not wish to pursue surgery, he uses HA fillers to smooth the transition from the eyelid to the cheek.

For Dr. Cohen, the most satisfied patients with age-related changes in the undereye area are those concerned with crepey skin, fine lines and wrinkles. “To treat this, we do resurfacing with an ablative laser, which can lead to dramatic results,” he says.

For many years, Dr. Biesman moved away from using ablative lasers for undereye concerns, opting for less aggressive treatments. “But in the last two years, I’ve gone back to more aggressive ablative resurfacing,” he says.
Skin type plays a significant role in treatment selection. Practitioners can be more aggressive when treating fair-skinned patients, while those with darker skin types are better candidates for less aggressive fractional laser or chemical peels.

“People with more crepey skin and etched-in lines tend to be more fair-complected,” says Dr. Cohen. “For these patients, I often encourage ablative laser resurfacing for the etched-in lines. Full-field erbium, in my hands, usually leads to better overall results for etching and creping with fewer treatment sessions than fractional erbium or CO2.” But he goes on to explain that “it would be best to prevent this significant periocular etching in the first place by using neuromodulators every three to four months to decrease the hyperdynamic orbicularis oculi.”

In addition to congenital and aging-related concerns, lifestyle can affect undereye appearance. For example, alcohol and caffeine are know contributors to dark circles, as they compromise restful sleep, says Dr. Gross. As previously noted, allergies can also exacerbate dark circles. “If a patient has seasonal allergies and they see dark circles forming, they should be counseled to take antihistamines daily for several days at a time—not just when a bad day arises—to help stave off undereye bags,” he says.

Dr. Cohen uses standardized photography to help him evaluate concerns and track patient outcomes, both of which can improve satisfaction with treatment. “You can evaluate volume loss, lines and discoloration to the skin very well with standardized photography,” he says. “And for practices like ours that use 3D camera systems, the evaluation of volume loss and restoration becomes much more apparent.”

Proper evaluation and communication are key to patient satisfaction in Dr. Biesman’s practice. “Dissatisfied patients, more often, end up in that place because there wasn’t great communication of what to expect after the treatment, or else the treatment that was selected wasn’t optimal for addressing the underlying concern,” he says.

Daniel Casciato is a freelance writer based in South Bend, IN.