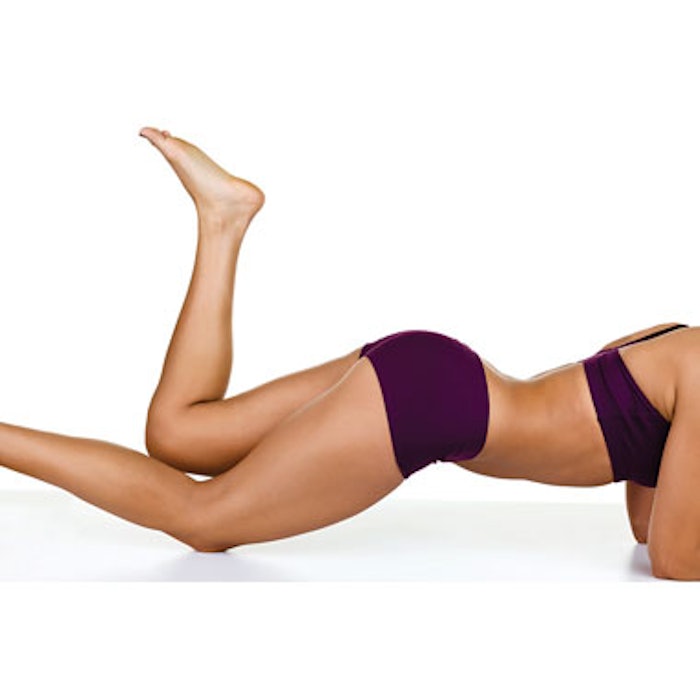 The firm, tight skin that patients had as children, particularly in the thighs and buttocks area, can become a distant memory as soon as they reach their late teens or early 20s. What was once picture-perfectly round and smooth often begins to acquire a sizeable collection of dimples and divots. That’s why the medical aesthetics industry has been hard at work for decades trying to eradicate the phenomenon of cellulite that impacts about 90 percent of women. Today, lotions, creams, massage devices and even cellulite-eliminating jeans (seriously, Google it) of the past have been replaced by a new generation of dimple-busting treatments with results that are backed by years of study, U.S. Food and Drug Administration (FDA) approval and cold, hard science.

Many cellulite treatments of yesteryear sought to fight the condition topically, but Cellfina (Merz Aesthetics) treats the structural cause of cellulite underneath the skin. The handheld device severs the tight bands of connective tissue that are woven throughout the fat in the thighs and buttocks and pull down on the skin to create dimples. To perform the treatment, physicians mark the dimples on the patient’s body while she’s standing and then infiltrate the treatment areas with a local anesthetic while the patient is in a prone position. A microblade is then used to cut those bands. “It’s great for smoothing dimples and short, horizontal lines,” says Jeremy B. Green, MD, FAAD, of Skin Associates of South Florida and the Skin Research Institute in Coral Gables, Florida. “It works really, really well.”

The treatment earned FDA approval in 2015, and 93 percent to 99 percent of patients see improvement that lasts a minimum of five years from a single treatment, says Michael S. Kaminer, MD, of SkinCare Physicians in Chestnut Hill, Massachusetts, and associate clinical professor of dermatology, Yale School of Medicine, who was one of the original developers and researchers of the technology. “Previously, that was unheard of,” he says, noting that he has patients who have reported seeing results that last up to 10 years.

While only one treatment is typically necessary for long-term results, the volume of anesthesia required can limit the number of dimples treated in a single session. Dr. Kaminer did treat one patient who had so many dimples that he was unable to anesthetize an area of that size without potentially causing harm, so he had to break the procedure into two visits.

The Cellfina treatment is fairly easy for physicians to pick up. The trick is to “identify what is truly a dimple, and not treat the bands that hold up the buttock. Releasing bands along the gluteal crease can worsen the appearance of the butt region,” says Sabrina Guillen Fabi, MD, FAAD, FAACS, volunteer assistant clinical professor of dermatology at the University of California, San Diego. “After about five cases you can easily feel comfortable knowing what to release and how to optimize your positioning of the device so you can get the best results.”

Downtime is minimal. Dr. Kaminer recommends that patients wear a spandex garment over the treated area 24 hours a day for one week after the procedure. He also recommends that they avoid exercise for about three to four days due to oozing that may occur from the liquid anesthesia. But patients can essentially be out and about the next day, he says.
In some cases, Dr. Kaminer combines Cellfina treatment with Sculptra (poly-l-lactic acid, PLLA) injections, which help gradually replace lost collagen. “Cellfina is really terrific at making people look noticeably and appreciatively different, but they may sometimes have little ripples or stubborn dimples that they want to tidy up. That’s where these fillers come in,” he says.

Because cellulite is sometimes a combination of dimples as well as skin undulations, combination treatments may be required to achieve the best outcomes. “After the age of 30 there’s typically an element of skin laxity,” says Dr. Fabi. “For that I use a skin-tightening device, such as Ultherapy microfocused ultrasound (Merz Aesthetics). We did a clinical trial using Ultherapy for the buttocks and thighs. Improvement is no more than 30 percent to 40 percent. Or you can use biostimulators, such as diluted PLLA or diluted calcium hydroxyapatite (Radiesse, Galderma), to thicken skin laxity.”

If dimples are the patient’s main concern, Cellfina is Dr. Green’s go-to device. Dr. Kaminer finds that the treatment works best on shallow to medium dimples, but that women with deeper dimples will still see some improvement.
Patients within 10 pounds of a comfortable weight that they can happily carry and maintain are the ideal candidates, according to Dr. Kaminer, as significant weight gain can worsen cellulite.

Cellfina is safe for all skin types, but because small needles are used during the procedure, patients with darker skin tones may experience post-inflammatory hyperpigmentation at the treatment sites. In Dr. Kaminer’s experience, the pigmentation always resolves on its own, but may take longer to resolve in darker skin types.

Researchers are always finding ways to build a better mousetrap, and for cellulite treatment those traps are coming in the form of injections, such as collagenase clostridium histolyticum (CCH, Endo International). CCH is a liquid enzyme that breaks up collagen types 1 and 3, which are found both in the skin and in the fibrous bands that cause cellulite, says Joely Kaufman-Janette, MD, of Skin Associates of Florida and a clinical investigator of CCH for cellulite. The injection is already approved in the U.S. for the treatment of Dupuytren’s contracture and Peyronie’s disease and is currently awaiting approval for the treatment of cellulite.

The potential benefit of CCH over existing procedures is that it does not require any anesthesia. In clinical studies, patients with mild to severe cellulite dimpling underwent three treatments three weeks apart. The most common adverse events included bruising at the treatment site. However, the bruising became less severe with each session and cellulite dimpling did improve, says Dr. Kaufman-Janette. Contraindications include an allergy to the medication and bleeding disorders.

Dr. Kaufman believes that, if approved, physicians may pair the treatment with a tightening device, such as Emsculpt (BTL Aesthetics) or truSculpt flex (Cutera) for best results. And the CCH treatments will be easy to learn. The needle is placed underneath the skin at the site of the cellulite dimple and the solution is dispersed at three different angles. “Most dermatologists and plastic surgeons who are already really well versed at injections will be able to pick up a technique like this,” says Dr. Kaufman-Janette. A final decision by the FDA is expected by the fall of 2020, and the drug should become available to patients and physicians a few months after that, she adds.

Soliton Rapid Acoustic Pulse (RAP) is another cellulite treatment that’s currently in clinical trials to support the FDA approval process. In the ongoing pivotal trial, which treated 67 patients, the device was applied to the surface of the skin for a single, noninvasive, 20-minute treatment that required no anesthesia and caused no bruising, swelling or infection. Patient-reported pain scores were an average of 2.4 on a scale of 0 to 10. None of the patients experienced any post-treatment downtime. The previous proof-of-concept study for cellulite resulted in an average improvement of the Cellulite Severity Score of 31 percent.

The device uses high-powered acoustic waves that are specifically designed to target subcutaneous tissue, including fibrous septae, which contributes to the appearance of cellulite. The device is currently being used in partnership with a short pulse laser to remove tattoos. The cellulite version is enhanced to treat larger areas, but the core technology is identical, says Dr. Kaminer, who is chair of the scientific advisory board for Soliton.

Given that the treatment doesn’t require any anesthesia or injections, it may appeal to needle-averse patients. There’s also “basically zero learning curve” for physicians, says Dr. Kaminer, which gives skincare professionals plenty of incentive to investigate the use of the device. He believes that, as with other cellulite treatments, it may be used in conjunction with fillers, such as Sculptra. But that will depend on how well the treatment is proved to work and on the type and severity of the cellulite. The pivotal study is currently in the works, and Dr. Kaminer is hopeful that FDA approval will occur in the next year or two, bringing yet another effective treatment to those suffering from cellulite.

Dana Robinson is a freelance writer based in Los Angeles. 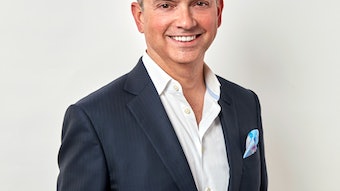 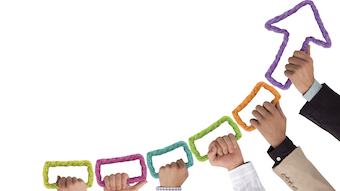