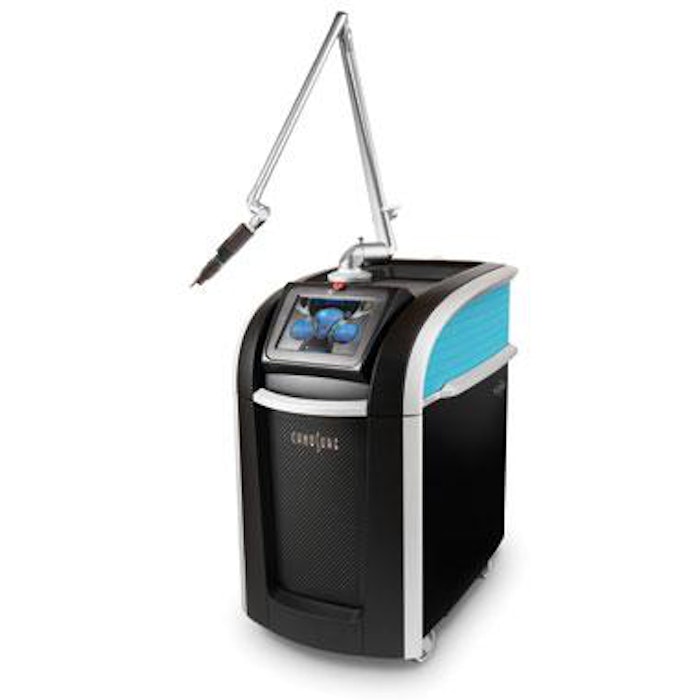 Cynosure has received U.S. Food and Drug Administration (FDA) clearance for its new 532nm laser delivery system for the PicoSure. The new wavelength is indicted for tattoo removal (all ink colors).

“The new 532nm Laser Delivery System further builds on the clinical and commercial success of the 755nm PicoSure for the removal of tattoos and benign pigmented lesions as well as the treatment of acne scars and wrinkles,” said Michael Davin, chairman and CEO of Cynosure. “We are pleased to offer this system as an upgrade to our current PicoSure customer base.”

Cynosure will debut the new delivery system at the American Academy of Dermatology (AAD) Annual Meeting in March and anticipate beginning intial shipments by the end of the second quarter of 2015.

Dr. Anderson grew a solo, one-location practice to five locations and 11 providers before partnering with Candescent Partners in 2012 to form what is now U.S. Dermatology Partners.
Oct 19th, 2021

The tool delivers questionnaires directly to patients on their devices in real-time or in an appointment-driven or data-driven context, working within the existing EHR.
Oct 18th, 2021