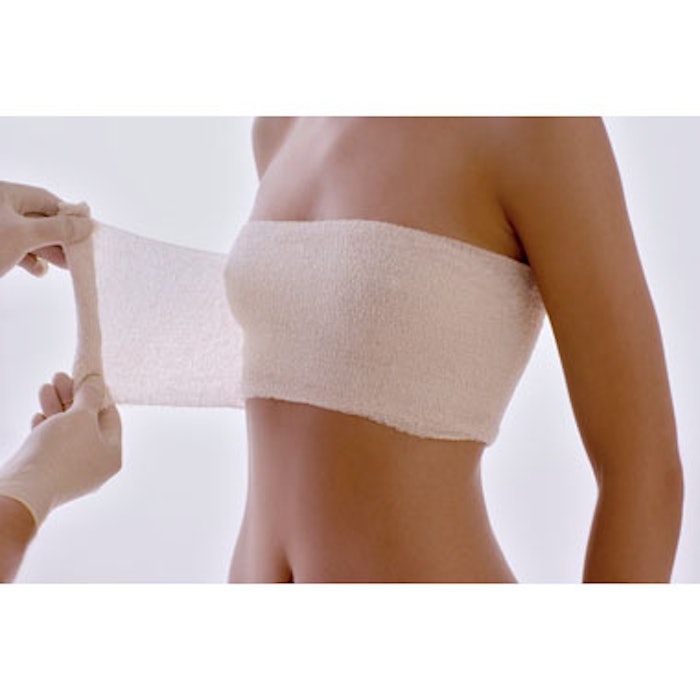 A retrospective analysis of five patients with capsular contracture (CC) who were treated with an antiobiotic-impregnated absorbable mesh during implant replacement revealed no recurrence of CC two years after surgery. For “Evaluation of Antibiotic-Impregnated Mesh in Preventing the Recurrence of Capsular Contracture,” published in the May issue of the Aesthetic Surgery Journal, Eric S. Ruff, MD, et al, analyzed the outcomes of patients who were treated with a TYRX absorbable minocycline and rifampin-eluting antibacterial envelope—currently indicated for stabilization of cardiovascular implantable electronic devices (CIED), such as pacemakers or defibrillators—at the time of capsulectomy and implant replacement.

All patients underwent capsulectomy through an inframammary incision with implant replacement into the submuscular plane with simultaneous insertion of the mesh. The mesh, which was not stabilized to any surrounding tissue, was placed anterior to the implant, adjacent to the breast parenchyma.

This data combined with an earlier placebo-controlled porcine study by Jacombs, et al, in which 28 implants and their pockets—14 of which included the antibiotic mesh—were inoculated with Staphylococcus epidermidis, suggests the mesh may be a valuable tool in reducing biofilm and the risk of CC. In the Jacombs study, all untreated implants developed Baker grade III/IV CC, compared to the treated implants, which were grade I/II after 16 weeks. The untreated implants with CC also had at least 10-fold higher bacterial counts than the mesh-treated implants.

Based on the combined findings, Ruff and his co-authors recommend further investigation into the off-label use of the TYRX mesh for the management of subclinical infection and CC.