Researchers look into why PBM only has a response in certain individuals. 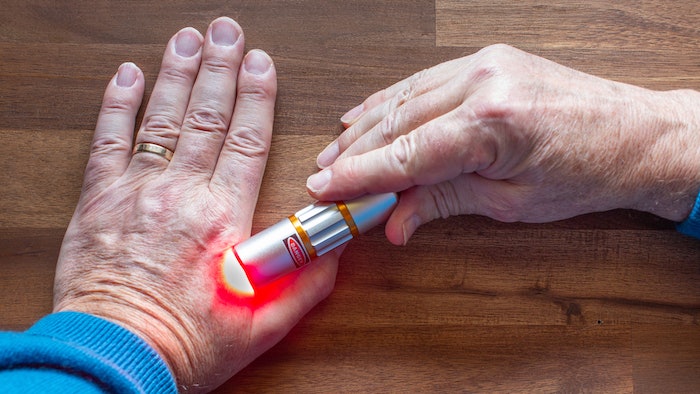 Photobiomodulation (PBM) has previously been shown to increase blood flow, but it has also been shown that only certain individuals have a response to PBM. Lilach Gavish, PhD, et al, authored a study to investigate the factors that impact the patient-specific response using advanced, noninvasive methods for monitoring microcirculatory activity.

The study, published in Lasers in Surgery and Medicine,  consisted of a randomized, controlled, clinical trial that included 20 healthy, non-smoking volunteers. There were 10 male and 10 female volunteers (30 ± 8 years old). These volunteers were randomized to receive either red (633 nm and 70 W/cm2) or near-infrared light (830 nm and 55 W/cm2) over the wrist for five minutes. The researchers then monitored palm microcirculatory blood volume, blood flow and skin temperature by using Photoplethysmography, laser Doppler flowmetry and thermal imaging, respectively. These measurements were taken before, during and 20 minutes after irradiation.

If participants experienced a skin temperature change of ≥0.5°C from baseline, they were considered a "responder." Near‐infrared PBM was found to induce a 27% increase in microcirculatory flow that increased to 54% during the 20‐minute follow‐up period, but red light PBM did not increase the median flow. Only 10 of 20 participants were responders based on thermal imaging, and their initial skin temperature was between 33 and 37.5°C.

The non-responders were reported to either have "hot" hands (≥37.5°C) or "cold" hands (≤33°C).  In responders, the meantime to 20% increase in microcirculatory blood volume and blood flow was less than 2.5 minutes after initiation of PBM irradiation.

The authors concluded that PBM induces arteriolar vasodilatation that results in immediate and long-lasting increased capillary flow and tissue perfusion in healthy individuals. This response was wavelength‐dependent and modified by skin temperature.

A survey study at the Minnesota State Fair has confirmed what the American Academy of Dermatology and U.S. Food and Drug Administration have been saying for years.
Sep 10th, 2020
Follow Us
Most Recent