Proper technique is key to achieving safe and long-lasting results in fat transfer. 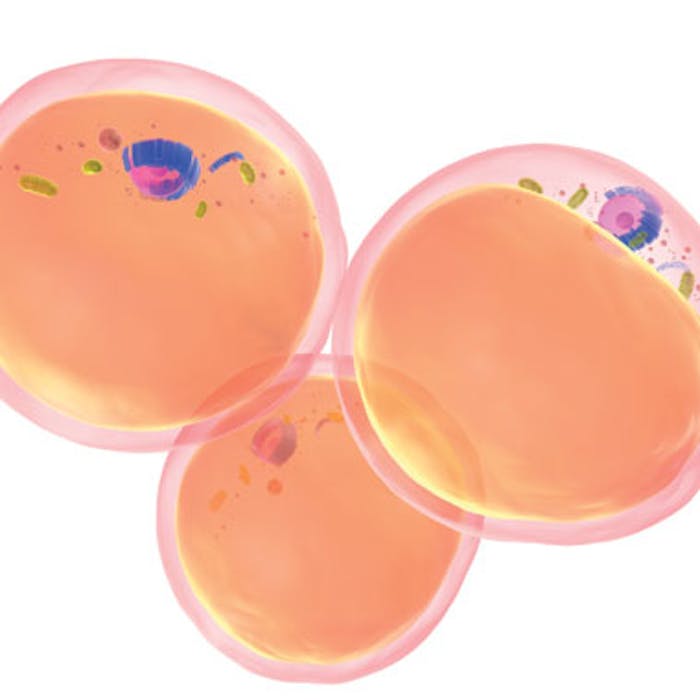 Sculpting bodies by removing unwanted fat from one location and transferring it to another is not a new technique; indeed, fat grafting has been part of medicine for more than 100 years. But the use of fat transfer in cosmetic medicine has expanded rapidly with new research and new techniques that increase the viability of grafts and illustrate the regenerative power of transplanted adipose tissue. Physicians today are using fat to replace lost volume in the face and hands, and to augment breasts. But the procedure does pose serious risks to the patient and results vary widely. We spoke with physicians well-versed in fat transfer to gain insight into how they are harvesting, preparing and re-injecting fat to achieve safe and aesthetically pleasing results.

“The fact that fat is natural and that most everyone would love to give some up does not make injectable fat grafting a completely reliable treatment method,” warns Barry Eppley MD, an Indianapolis-based plastic surgeon. “It is important to understand that the biologic behavior of fat cells and the stem cells that accompany them is not well understood. The techniques we use are based on what we know today—and that will likely change significantly a decade from now.”

Syd Coleman MD, plastic surgeon, founder of Tribeca Plastic Surgery in New York City and creator of the Coleman technique for fat transfer, notes that, “the thing to remember always is that fat is living, fragile tissue that was not meant to be taken outside the body, moved around and put back in. It can be easily killed.”

Fat that is being removed for transfer must be handled differently than fat that is being removed and discarded. “Most doctors believe that low-pressure vacuum extraction preserves fat cell structures and improves their viability after transfer,” says Dr. Eppley. “Whether this is done through syringe extraction or a traditional liposuction machine that generates less than 720mm/Hg (-1 atm) negative pressure depends on how much fat is needed.”

Kamran Khoobehi, MD, FACS, clinical professor of surgery and director of aesthetic surgery training at Louisiana State University, in New Orleans, notes that the syringe technique—where the physician removes the fat by hand using the pressure of the syringe—is the most common harvesting technique. “The surgeon uses a 10cc to 30cc syringe and creates negative pressure by pulling on the plunger,” he explains. “The problem with this technique is the fluctuation of the negative pressure based on the degree of the pull. It is also time-consuming.”

Dr. Khoobehi harvests fat with the help of a liposuction machine used on a low setting. “We have done laboratory studies to find the safest pressure,” he says, “and it is 10 inches/Hg or 230 mm/Hg. There is no need for expensive collection equipment, and most plastic surgeons already have access to a liposuction machine, cannulae and collection devices.”

Roger Khouri, MD, FASC, a surgeon who specializes in breast reconstruction at the Miami Breast Center in Miami, also uses a liposuction device to harvest fat. “The most common fat donor areas are the abdomen, thighs and waist,” he says. “From our experience, we’ve found no patient too thin for fat transfer.” Using his method, the patient’s fat is extracted by using a crisscross technique during liposuction. “We remove the fat in layers carefully so as not to remove too much fat from one area,” he says. “By doing this, we avoid the common liposuction complaints like uneven liposuction, sagging skin and excessive removal of fat, leaving visible divots and dents.”

It is a “two-for-one” procedure, Dr. Khouri adds. “There are six to eight entry points per liposuction area, and by crisscrossing the path of the cannula through those multiple puncture sites, we are able to achieve the most even fat extraction,” he says. The size of the nick or puncture created by the entry point of the cannula is about the size of an intravenous catheter puncture site. The entry points do not require stitches and eventually heal without visible scarring in most people.
Dr. Khouri and his colleagues use one of the smallest cannulae in the industry to perform the liposuction. “We developed the instrument ourselves,” he says. “It’s called the Khouri Cannula. We also developed a syringe called the K-VAC. And to make sure the procedure is smooth and practical, we developed our own instrument set called the Lipografter (Lipocosm, lipocosm.com). The harvested fat fills up the syringe and is then routed through the valve to the clear plastic collection bag.”

The Coleman technique involves harvesting the fat by hand using a syringe “with very low negative pressure,” says Dr. Coleman. “The syringe is connected to a cannula. It’s sort of a combination of curetting and negative pressure that moves the fat into the cannula and then into the syringe.”

There are several techniques currently employed to prepare harvested fat for re-injection, “all of which strive to separate the liquid fractions—blood, free lipids and injectate—from the cellular component,” says Dr. Eppley. These include straining and washing, free-standing decanting, machine centrifugation, hand-held separation using centripetal force and low-pressure forced straining using low-micron filters. “Much debate surrounds which, if any, of these offers a superior number of viable fat cells for transfer,” he says.

Image copyright iStockPhoto.
[pagebreak]
“I feel strongly about using a centrifuge to prepare the fat,” says Dr. Coleman. “Make sure you centrifuge at 1,200 Gs, because studies show that this is the optimal gravitational force to concentrate the growth factors and fat cells and minimize the rest.”

The survival rate of transferred fat varies widely and the “results of fat grafting are technique-dependent,” says Dr. Khoobehi. Fat grafts are injected using small-bore blunt cannulae—ranging in size from 16 gauge to 26 gauge—connected to a 1cc to 3cc luer-lok syringe for the face or a 10cc to 60cc luer-lok syringe for the body.
“Placing the fat grafts in small aliquots, say 0.1cc for the face and .5cc to 2ccs for the body, is well shown to allow for the best survival rates,” says Dr. Eppley. Fat graft retention is related to how quickly the fat cells can be nourished by blood vessel ingrowth and the delivery of oxygen. “Big globs of fat are hard to get perfused, while small droplets interspersed about the tissues allow the best opportunity for nutrient perfusion,” says Dr. Eppley.

The aliquot technique offers several benefits to the patient. “For one thing, it means that each bit of the fat you’re placing is next to a blood supply,” says Dr. Coleman. “Second, if you’re squirting in large amounts of fat and accidentally get into an artery or vein, you could kill someone or cause stroke or blindness or loss of an extremity. That’s the biggest danger people need to understand, and most physicians and consumers don’t know that.” Indeed, he adds, most cases of negative outcomes “do not get written about in the literature. The point is: it’s not a totally innocuous procedure,” he stresses. “You can really do some damage if you don’t know what you’re doing.”

Dr. Khouri uses a farming analogy to explain the process. “To have the greatest success, the good surgeon, just like the good farmer, has to abide by the four Ss. The soil is the recipient site, and it must be well-fertilized and of adequate size to accept all the seeds needed for the desired crop. Those seeds are represented by the fat graft, which must be gently harvested and carefully handled to preserve its sprouting ability.

“The sowing is the process of grafting, which must be done methodically and with craftsmanship, one seed at a time. We call the procedure micrografting,” he says. “While the patient is still under anesthesia, we inject the suctioned fat into the breasts one tiny droplet at a time, diffusely and evenly over the prepared breast site. We never graft more than what the breast can accept, and we determine this by constantly monitoring the pressure build-up as the breast fills up. Finally, the support is the important post-grafting care of the breast that nurtures the seedling to ensure survival of the graft.”

The longevity of fat grafts remains a topic of debate. “The retention of fat grafts, both short- and long-term, is not a completely well-known issue,” says Dr. Eppley. “It is believed, and considerable experience shows, that what survives at three months after injection is what will be ‘permanent.’ But whether this same fat survives five or 10 years later is not precisely known, and it may depend on what specific condition is being treated.” Aging-related treatments are believed to be less permanent than those of structural rebuilding, for example.

“I’ve been doing fat grafting for more than 15 years, and I have seen patients retain their fat for years,” says Dr. Khoobehi. Patients will notice that their fat grafts fluctuate with weight loss and gain, he notes, and the amount of retention is greatest in patients who are at an ideal weight at the time of the procedure and maintain that weight.

Dr. Coleman reports that his results are permanent, even though it may not seem so to the uneducated patient. “The problem is people look at the area a week later and like the way it looks, but then they think the fat is going away. If you do it the way I describe, you create a lot of swelling and a significant amount of trauma, so you have to wait three to four months for the swelling to go down to evaluate the amount of fat that’s there.

The results you see then will be the same at one year and at 10 years. The thickening of the skin and the decrease in wrinkles actually continues for a year or two, while the volume stabilizes after four months or so. That’s when you see the final results.” Patients with big weight fluctuations are the ones who have disappointing results, he adds, but patients who maintain their vital statistics should be delighted by the procedure. 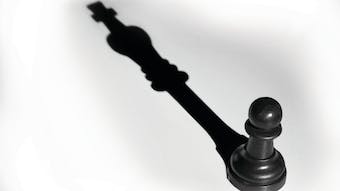 Pre-planning is key to a successful transfer in ownership, so your legacy can live on.
Oct 7th, 2021 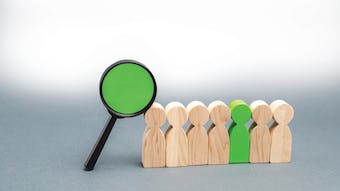 One medspa’s strategy to move beyond written policies and protocols to set their team up for long-term success.
Oct 7th, 2021 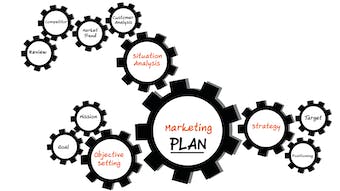 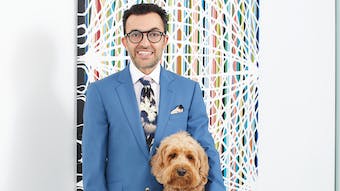