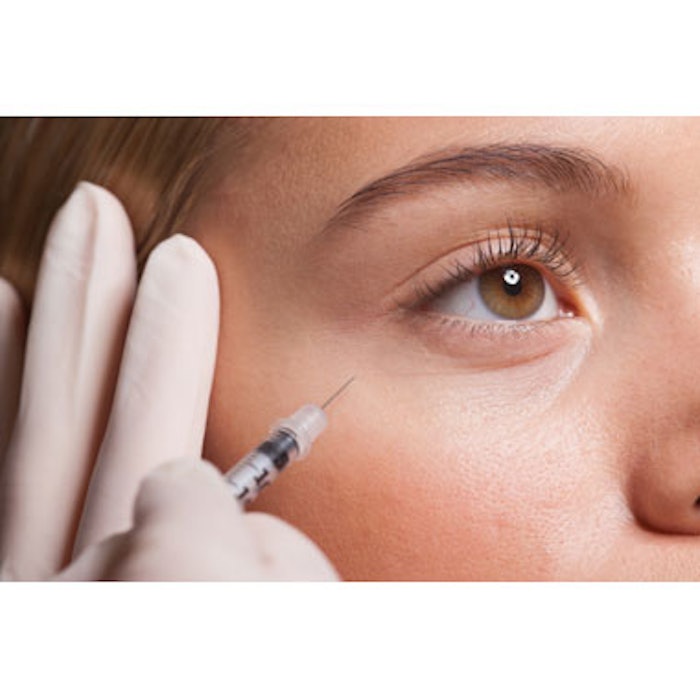 In an effort to better understand how to manage complications associated with polymethylmethacrylate (PMMA) filler injections for midface hollows and rhytides, researchers Roberto Murillo Limongi, MD, et al, performed a retrospective review of 11 cases of complications after periorbital PMMA injections. The review included photography and histopathology when available.

Patient ages ranged from 36 to 62 years. Two (18%) were men and nine (82%) were women. Adverse effects began between 2 to 24 months after injection—all patients had edema, erythema and contour irregularity. Seven (64%) patients had nodules, four (36%) had yellow, xanthomatous skin changes, and two (18%) had eyelid malposition. The histopathology demonstrated a giant cell inflammation in five of six cases. Corticosteroid injection was tried in six cases but was associated with minimal clinical improvement. Surgical debulking of the implanted material was performed in nine (82%) cases and was effective in improving edema, erythema and nodularity.

The authors concluded that “PMMA injection to the midface may be associated with chronic inflammation, fibrotic nodules, yellowing of the skin and eyelid malposition. Intralesional corticosteroid injections yielded minimal or no improvement; surgical debulking achieved favorable results,” they wrote.

The study was published in the Aesthetic Surgery Journal (February 2016).