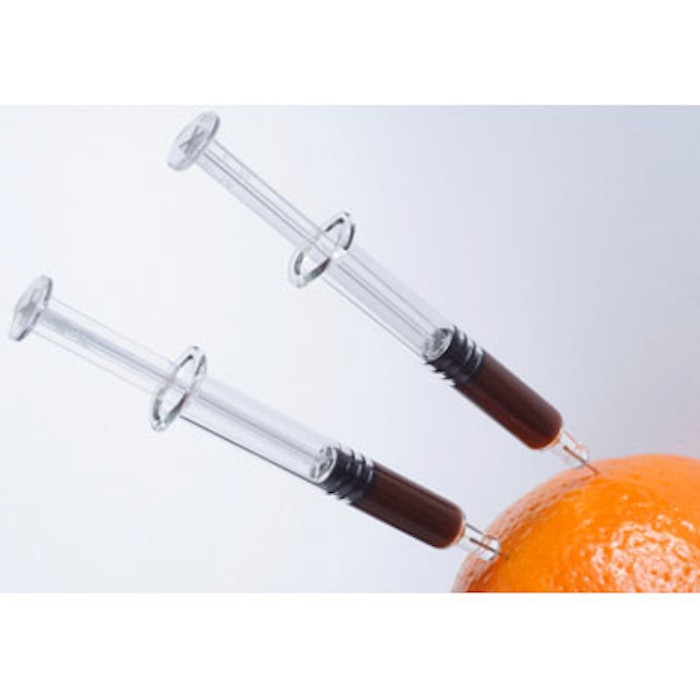 Pharmaceutical company Endo International has announced the initiation of its Phase 2b study of collagenase clostridium histolyticum (CCH) for the treatment of edematous fibrosclerotic panniculopathy (EFP), commonly known as cellulite. CCH (currently known as XIAFLEX) is a biologic approved in the U.S., EU, Canada, Australia and Japan for the treatment of adult Dupuytren’s contracture (DC) patients with a palpable cord, and in the U.S. and EU for the treatment of adult men with Peyronie's disease (PD). It consist of a combination of two subtypes of collagenase derived from clostridium histolyticum, which are thought to work synergistically to break the bonds of the collagen structure.

The trial is expected to enroll 350 women aged 18 years or older in the U.S. Each subject will receive up to three treatment sessions of CCH (0.84mg per session) or placebo, with each treatment session occurring approximately 21 days apart. Twelve injections will be administered into cellulite dimples during each session across the left or right buttock, or left or right posterior thigh. At both the outset and conclusion of treatment, cellulite severity will be assessed by each patient and a clinician using two photonumeric cellulite severity scales and reviewed by the U.S. Food and Drug Administration (FDA). In addition to patient and physician assessments, an independent, blinded five-member panel of trained aesthetic clinicians will evaluate pretreatment and end-of-study photo images of patients using the same five-point scales.

The primary endpoint is the proportion of composite responders at day 71, defined as subjects with a two-point improvement in severity from baseline based on the clinician-rated assessment and patient-rated photonumeric scales. Additional endpoints include assessment of patient and clinician satisfaction using the Global Aesthetic Improvement Scale (GAIS) and change in the Hexsel cellulite severity scale.

Results of an earlier Phase 2a trial of CCH demonstrated that three doses—low (0.06mg), mid (0.48mg) and high (0.84mg)—showed an improvement in the appearance of cellulite as measured by the trial endpoints of an investigator and a patient score on the GAIS, which was adapted for use in cellulite. The mid and high dose groups demonstrated a statistically significant improvement in the appearance of cellulite, and 68% of patients reported being satisfied or very satisfied with the results of their treatment (compared to 34% of patients randomized to placebo). CCH was well tolerated by all dose groups with most adverse events being mild to moderate and primarily limited to the local injection area.