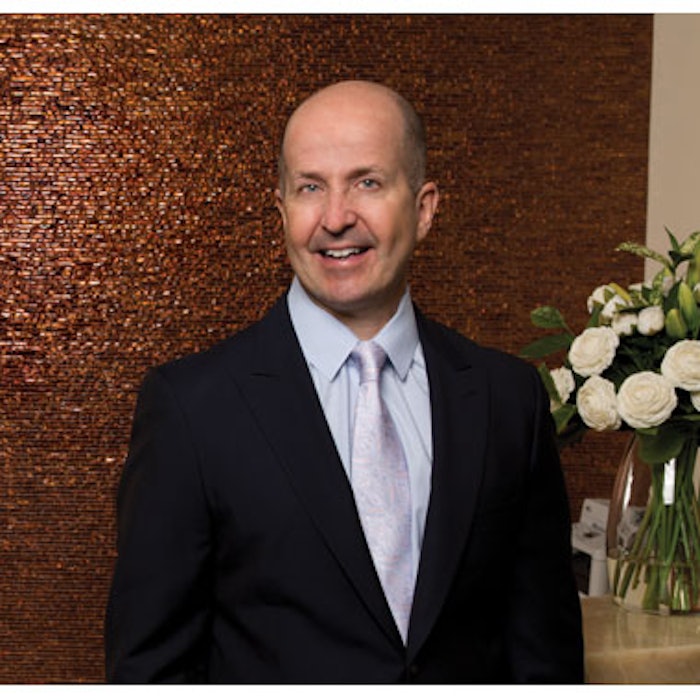 When he was five years old, David Alessi received a see-through human anatomy model and brought it to kindergarten for show and tell. “I knew all the parts and organs inside,” he recalls. “When I was a kid, if you were smart, they either said you would become a lawyer or a doctor. Ever since I can remember, I wanted to be a doctor.”
He jokes that his father was also an MD—although his post-nominal initials stood for “metal dealer” as he sold steel. Though Dr. Alessi has no familial ties to the medical profession; it was an early interest he couldn’t shake.

The future facial plastic surgeon studied biochemistry at Michigan State University, then moved on to Wayne State University where he received a PhD in Pharmacology and then his MD.

“I had trouble figuring out what type of doctor I wanted to be. I thought that medical school, especially my rotations, would help eliminate things I didn’t like. But I liked everything,” says Dr. Alessi. “I eventually narrowed it down to neurosurgery, otolaryngology and facial plastic surgery, and applied to programs for each.”

In the end, he was forced to make a quick decision. On the same day he received an acceptance call from the Medical College of Virginia’s Neurosurgery Program, he
learned that he was also accepted to UCLA’s Head and Neck Surgery Program.

“Being from Michigan I decided I’d rather see palm trees and more deciduous trees like home, so I went to California,” he says. Dr. Alessi entered the program in 1984 and was named chief resident of head and neck surgery from 1988-1989. From there, he was ready to branch out on his own.

Pursuing a Clinical and Aesthetic Practice

After completing his residency, Dr. Alessi was torn between his passions for academia and entrepreneurship. “I’d spent a lot of time doing research and had published extensively. So one part of me thought I was going to be in academia, but another part of me was an entrepreneur,” he says. “When I was 13 years old, I was a caddy at the Country Club of Detroit. When I was 17, I started my own gutter company. I had five employees and we would install gutters and paint houses.”

Dr. Alessi accommodated both passions by joining the Cedars-Sinai Medical Center, which allowed him to pursue academia while also taking part in its very robust group private practice. This path led him to establish the Alessi Institute for Facial Plastic Surgery in Beverly Hills, California—his own private practice that offers both facial plastic surgery and treatment of head and neck disorders.

“I started in 2000. There was no social media and it was still considered taboo for medical professionals to do paid advertising, so the biggest challenge was getting to know other doctors and attracting new patients,” he says. “There’s a lot of well-known, well-established doctors in the area, and it’s a big city so it’s pretty competitive.”

But it was nothing that some hard work and determination couldn’t overcome. Dr. Alessi networked with colleagues from Cedars Sinai, met people in his community and joined professional associations. He also promoted his skills in both Ears, Nose and Throat (ENT) and facial plastic surgery to broaden his patient base. “We did a lot of in-house marketing and the practice eventually became about 50/50,” he says. “Now most of the ENT patients are also having some sort of facial plastic surgery done at the same time.”

Photo by Cory Sorensen.
[pagebreak]
In addition to performing surgeries, Dr. Alessi was an early adopter of Botox Cosmetic (Allergan). Neurotoxins, fillers and lasers have been part of his practice since 1990. He performs all of these procedures and also has a nurse who offers injectables and Thermage (Valeant) skin-tightening procedures. “We have two pricing tiers where patients can have an injectable procedure done with me at a certain price or they can have it done by my nurse at a significantly lower cost,” he says. “Even though my nurse is very good and arguably better than me, patients are willing to pay more for the perceived sense of quality that comes from seeing an MD.”

Now a veteran of the cosmetic surgery specialty in Beverly Hills, Dr. Alessi says his No. 1 secret to success is that he never forgets that he’s a physician first and an aesthetic surgeon second.

“My mantra is: ‘Make the inside work as well as the outside looks.’ We have a lot of celebrities and performers as patients, and the classic nightmare for a singer undergoing plastic surgery is that it’s going to change their voice,” he says. “My patients know that when they come here, we are as concerned about their voices and performances as we are with their outside appearances.”

Dr. Alessi has also developed a good reputation around Hollywood as an injector who will not make people look frozen or overstuffed. “Patients can come to our office
assured that we’re not going to do either one of those things to them, and I’m also friendly and approachable,” he says. “They know they can talk to me about any procedure or concern. One thing I would never ever do is judge a patient.”

When patients walk through the door of the Alessi Institute, most have no idea that it offers clinical ENT services. The office is specifically designed to look like a living room. “We wanted to create a clean, relaxed, casual environment. It’s always an argument back and forth with my consultant in terms of pamphlets; we have very few pamphlets anywhere in the front office,” says Dr. Alessi. “The desk is a very beautiful onyx, and it’s backlit. The examination rooms feature artwork on the walls.”

The staff is trained to talk about the cosmetic procedures with the ENT patients, and Dr. Alessi notes that 90% of patients—even those just coming in for ear wax—will have their interest piqued and will want to talk about his aesthetic offerings.

“Ten percent of patients will be insulted by it—you don’t want to lose those ENT patients, so my staff is well trained to back out quickly and say, ‘I’m sorry for bringing that up, but Dr. Alessi is a great ENT and will be happy to see you for that.’ Then we never mention it again,” he says. “But it opens a window with the other 90%.”

The practice currently has a team of eight employees. “We have weekly meetings or bimonthly meetings where we talk about patient care and marketing opportunities,” says Dr. Alessi.

Dr. Alessi has three children—a 25-year-old son and 21-year-old twin daughters—and a one-year-old granddaughter. Traveling is one of his and his wife Deborah’s favorite pastimes. In fact, Dr. Alessi just recently started seeing patients in the United Arab Emirates (UAE), which he hopes will lead them to new parts of the world to visit.

Deborah is the founder of Face Forward, a foundation that helps to rebuild the lives and faces of women and children who are survivors of domestic violence and sex trafficking. Dr. Alessi does all the surgeries pro bono, and other surgeons help out from time to time.

Together, they have helped women and children from around the world. “It’s grown from being just a very small cause seven years ago to being worldwide,” he says. “Deborah was asked to open a branch in Texas as well as a branch in Dubai. We’ve got patients from all over the world.”

In addition to medical care, survivors receive psychotherapy and job training. One patient he treated is now a visiting scholar at the University of Pittsburgh. Another is a worldwide motivational speaker and lecturer against domestic violence. “The great thing about Face Forward is that all our survivors agree that by having their surgery, psychotherapy and career help, they will go on to do something great,” says Dr. Alessi.