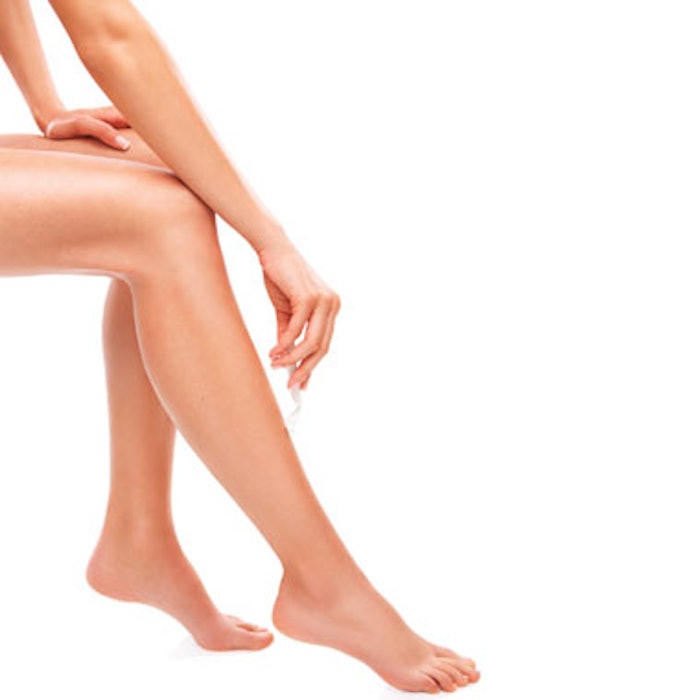 Men’s skincare regimens often focus heavily on the daily routine of shaving, but are you also speaking with your female clients and patients about how to shave safely at home? According to a study published in the Journal of Cosmetic Dermatology (online September 5, 2016), the incidence of hair removal-associated injuries seen in U.S.-based emergency departments increased nearly nine-fold between 1991 and 2014. More than 60% of the injuries occurred at home.

The study from the School of Public Health at the University of Alabama at Birmingham was spurred by a PhD student’s curiosity. He wondered whether the growing trend of shaving one’s pubic area had led to an increase in injuries. “We found that it absolutely has,” says professor and study co-author Gerald McGwin, PhD, MS. “You can see that, particularly for females, the rate of injury dramatically increased right around 2010.”

The age groups affected also shifted. Prior to 2011, the highest rate of injury was among people 65 and older, but they were surpassed by the 19- to 34-year-old age group due to the increased rates of injury to the trunk and pubic regions.

One key piece of advice may be to avoid dull razors. The authors found that razor manufacturers experienced a 5% decrease in demand starting in 2008, which coincided with a significant increase in laceration injuries. They posited that during the recession consumers may have continued to use dull razors due to tighter financial budgets, resulting in more injuries.

“Because the majority of these injuries happened at home, another message for consumers may be: If you want to pursue extensive hair removal, consult a professional,” says McGwin.