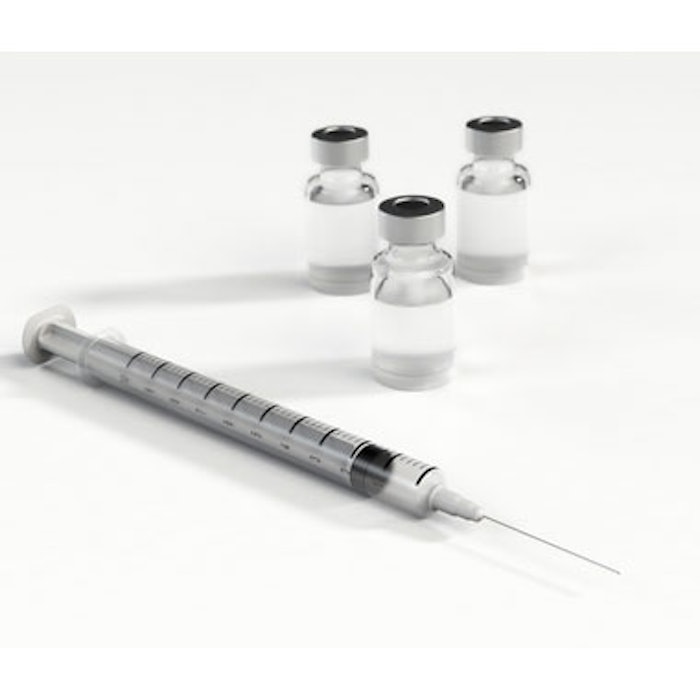 When it comes to smoothing wrinkles and minimizing signs of aging, injectable neurotoxins remain one of the most popular options. According to the American Society of Plastic Surgeons, 7.44 million botulinum toxin type A procedures were performed in 2018, which is up 3 percent from the previous year.

Although the original neurotoxin, Allergan’s Botox was approved in 2002, other brands and formulas followed. Dysport (Galderma) was approved in 2009, Xeomin (Merz Aesthetic) in 2010 and Jeuveau (Evolus) in 2019. While differences in molecular weight, drug medium and complexing proteins mean these brands are not interchangeable, they do all work in a similar way.

Despite the common mechanism of action, each formulation has some unique characteristics. “The fun part about them is that while they are all similar, they do also have slight differences,” says Joely Kaufman, MD, a dermatologist with Skin Associates of South Florida and an assistant professor at the University of Miami Miller School of Medicine. “I pick different toxins for different areas of the face and use different types of toxins for different patients. For example, for younger patients I might use more Dysport or I might use it for someone with a very big forehead, because it has a larger area of effect than Botox. For older patients I use Botox. It is the biggest name out there, has more FDA approved areas for treatment and has the major market share.”

Sheila Nazarian, MD, of Nazarian Plastic Surgery in Beverly Hills, California, also employs various neurotoxins to address specific patient needs, particularly focusing on the strength of toxin required. She finds Dysport to be the strongest of the botulinum toxins. Sometimes that strength is exactly what’s needed. Other times it’s not ideal.

She finds that Xeomin is the lowest strength of the toxins. “Xeomin is the easiest to use if you want to leave some movement,” says Dr. Nazarian. “I like to use it for comedians, actresses or virgin neurotoxin users who still want movement and want to take a more step-wise approach to paralysis.”

Richard Glogau, MD, a clinical professor of dermatology at the University of California, San Francisco, has such a strong preference for Botox that he lists it on the Glogau Dermatology website. Dr. Glogau, who developed the photoaging classification known as the Glogau Wrinkle Scale, finds that comparing neurotoxins is much like comparing shaving blades.
“They all do the same job,” he says. “Preference for one over the other is mostly based on past experience and price. It’s a competitive market and, obviously, Allergan has the largest market share, whereas the wannabes have been very actively marketing in order to get their drugs into commercial use.”

According to Dr. Glogau, most doctors prefer one neurotoxin over another for commercial reasons and will keep some of the other competitors on hand if, say, a patient has a preference for a particular brand. “Maybe they came from another practice where they were satisfied with another product,” he says. “At the end of the day you can make any of these products do what you want them to do.”

Dr. Kaufman concurs, noting that the area of effect of various toxins is different at different doses and dilutions, which allows you to customize your injections based on the desired outcome.

Dr. Cohen keeps multiple brands of toxins on hand at his two office locations because patients do come in with specific preferences. “I have participated in many of the FDA studies for these products, so we keep the full range on hand. Sometimes patients want what they have been treated with in the past,” he says. “But I use a lot more Botox and Dysport than anything else. With Jeuveau, initially it was the patients that I treated in the clinical trial who were interested—but now there has been more of a marketing campaign from Evolus such that folks are coming in asking for it.”

Patients typically do not come to Dr. Nazarian’s practice asking for a specific product, and she considers this to be a good thing. “In fact, I have removed the emphasis on my website and intake forms away from specific products and toward concerns that the patients would like to address,” she says. “I am the expert, and it is my job to educate patients on which product would help them achieve their goals within their parameters for time to an event, downtime and budget.”

Despite his strong preference for Botox, Dr. Glogau also stocks multiple brands to meet patient requests. “If patients come from colleagues elsewhere in the country and they are used to using Dysport or a different toxin for a long period of time and they are happy with it, we will continue this. But as a matter of course, if I am starting new with someone, I usually start them on Botox,” he says. “I’ve been in on it since the ground floor, prior to approval. In my hands it is more predictable.”

Although Irene Gladstein, MD, founder and medical director of The Enhancers in New York City, does stock different products, she also considers Botox, Dysport, Xeomin and Jeuveau to be similar in the results they produce. “The difference tends to lie in the mastery of administration,” she says. “After 13 years in aesthetic practice and witnessing three out of four neurotoxins arrive to the market, I can say with 100 percent certainty that it’s mastery of the injector and not the brand of neurotoxin that matters. Some patients do report some differences in longevity of the products, but it’s often negligible.” That said, if a patient is not responding to a specific brand, Dr. Gladstein will try another. “As they say in sports ‘why argue with success?’ We take the approach of sticking to the same product if we have found the one that works best for a particular patient,” she says.

With the products currently on the market, results generally last for about 120 days. However, the effects of a new injectable, Revance’s DAXI, currently awaiting FDA approval, are expected to last significantly longer. As one of the investigators for the Phase 3 clinical trials of the DAXI neuromodulator, Dr. Kaufman predicts it will be commercially available in 2020. “Application for approval to the FDA will probably go in by the end of this year, and the submission process usually takes about a year after that,” she says. “Revance’s neuromodulator, as was the case with some of the other toxins, will first be approved for glabellar frown lines, but trials have already started on treating the forehead and crow’s feet."

While it’s nice to get something new, it’s even better when you know that the product has been through rigorous testing, says Dr. Kaufman. “The impressive part about DAXI is the size of the clinical program Revance tested it in,” she adds. “They treated around 2,800 patients in three separate trials, which accounts for about 4,000 treatments. That’s a lot. The statement we can make with pretty good confidence is that the study showed duration in treating the glabella of about 24 weeks. The other toxins on the market right now, at recommended doses, have three to four months longevity.”

Dr. Cohen, who participated in clinical trials on Botox, Dysport, Xeomin, Jeuveau and DAXI, encourages clinicians to consider how outcomes were measured when comparing clinical studies. “As far as duration, there has been an evolution in how studies look at improvement,” he says.

Initially, studies focused on getting a patient to no movement or mild movement after treatment, and in some cases this was just a one-grade improvement, notes Dr. Cohen. "Nowadays, studies look at a two-grade improvement and the duration of that improvement, with another parameter being ‘return to baseline.’ So when we talk about duration, we need to make sure we are using the same definitions and making apples-to-apples comparisons," he says.

Studies on DAXI are now complete, and the increased longevity supported by the data may be due to a specific peptide that is part of its formulation, DAXI features an excipient stabilizing peptide which differentiates it from the current toxins on the market. “Revance’s DAXI will be the only neuromodulator that has a proprietary stabilizing peptide technology,” says Dr. Kaufman. “Additionally, it will not contain other ingredients such as animal-derived components or HSA that are in Botox, Dysport or Jeuveau. So it is exciting to see something new come to market with data that shows it really does last longer than what we currently have in our hands.”

The duration might pair nicely with other semiannual procedures. “Someone can come in twice a year and do it along with other procedures such as fillers,” says Dr. Kaufman. “That would fit nicely into a busy person’s schedule. We’re looking forward to having it in our hands and in our practice.”

While duration will distinguish DAXI from products currently on the market, Dr. Glogau says one missing variable makes it too soon to predict overwhelming success: price. “We don’t know what it’s going to cost, and patients will have to make a shopping list and compare prices,” he says. “They may be very happy if they prefer a longer-lasting toxin, but they will have to consider the price.”

Joan Vos MacDonald is a freelance writer based in Kingston, New York.

Image by Arek Socha from Pixabay