Lumenis has been traveling throughout the U.S. with its mobile tradeshow booth, called the LuMobile. Company president, Brad Oliver, gave us an update on the tour. 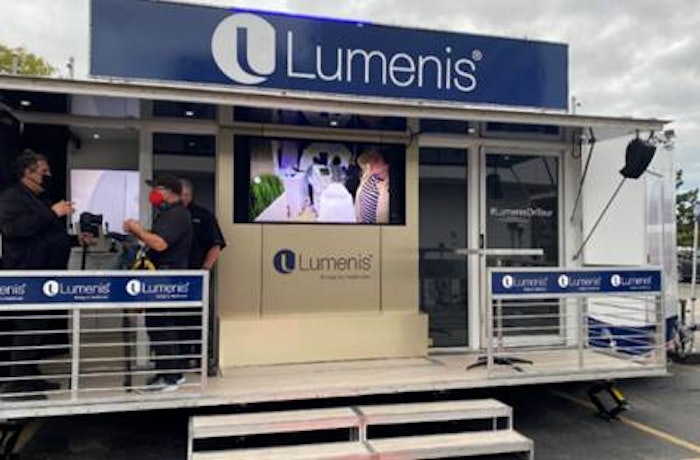 Lumenis reps have been touring the country in the LuMobile, a mobile tradeshow booth.

Back in September 2020, aesthetic device developer Lumenis hit the road in its LuMobile, a glass-encased mobile tradeshow booth, to bring its award-winning technologies to physicians in a safe, yet interactive environment amidst the ingoing pandemic.

The LuMobile tour kicked off in Chicago and has been traveling across the country for the past seven months. We caught up with Brad Oliver, president of Lumenis, to learn more about the tour and how it’s shaping Lumenis’ future vision for physician engagement.

MedEsthetics: How is the LuMobile tour going?

Brad Oliver: It has been extremely well received. It is outdoors and everyone has been following the guidelines on masks. There was a lack of dialogue happening throughout the market during pandemic, and this gave us a forum where we could continue the dialogue with physicians in a safe environment. It has been a great way to meet with colleagues without being in a conference room. It helped bring everyone together. 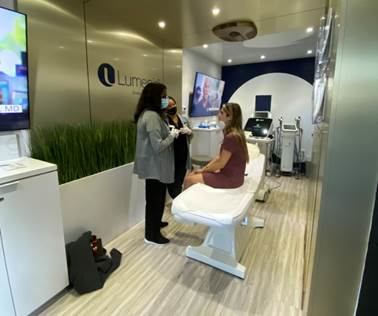 An inside view of the LuMobile.

MedEsthetics: Why did Lumenis decide to launch this tour?

Oliver: Doctors obtain a huge amount of knowledge from industry during events and conferences and vice versa. But there was a drought in opportunities to meet collectively, other than on Zoom, and we lost a lot of engagement on Zoom after the third or fourth month. So, this was a nice in-between option, where you're not inside a conference room, you're not in a tiny boardroom; you're outdoors and you can have good face-to-face exchanges on how to improve medicine and how to improve outcomes for patients across multiple specialties.

MedEsthetics: Is there anything you’ve learned from this experience that will shape your efforts going forward?

Oliver: We learned a lot from the specialists we serve about how we can best help them. We also learned that everything is weather dependent. We had rain. We had hail. But still, we had a great turnout.

It was funny, we were in the Carolinas and we had a record number of people signing up. Then a tropical storm hit, and we had to get everything to high ground before it flooded. This was very different compared to hosting an event in a conference center or hotel room.

But a change of venue, no matter what you do, is always nice and refreshing. Now that we know that being outdoors is a huge factor in a mitigating the spread of the virus, I think we'll see more events being held outdoors.

Obviously, some of that will be region dependent because there are challenges with different weather conditions in different markets, but I think we will see a change. Physicians used to go to four or five different conferences a year; they may not do that anymore. We need to be ready to change based on where the physicians are spending their time, so we can really talk to them and find the best place to share with them how we are advancing our technologies. When you think of those crowded indoor exhibit halls; I don't know when we'll be going back to that.

MedEsthetics: How many cities has the LuMobile visited?

Oliver: We’ve made more than 20 stops. We traveled from the east coast to Florida then across to Texas then Louisiana, Arizona, Southern California and Northern California and then on to Denver, so it's truly been an across the U.S. tour. There were some events that had to be cancelled due to pandemic restrictions. For instance, we had an event planned in San Francisco that was canceled because the city was largely closed, and it just didn't work out with the optics. So, we are rolling with the punches. And we’re still on the road! 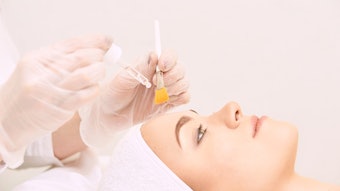 The Carboxylic Solution: A New Frontier in Chemical Peels 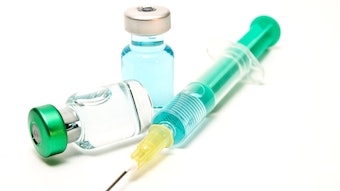 Patients who received combination treatment with neuromodulators and hyaluronic acid soft tissue fillers were more likely to return to their providers for future procedures.
May 11th, 2021 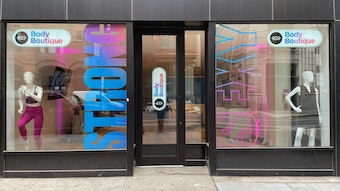 The storefronts allow for direct interaction between BTL professionals and the medical aesthetics community, and can be used by medical professionals to host patient VIP and media events.
May 10th, 2021

Fungal acne has become a heavily discussed topic in the beauty industry. Alex Hernandez, head educator at Face Reality Acne Clinic, will be discussing this topic at the Face & Body with MedEsthetics virtual event on May 26.
May 7th, 2021 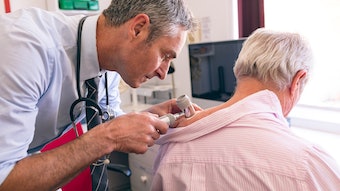 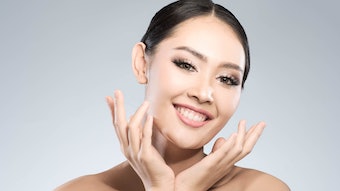 Aspen Dental Management and Rejuv Medical Aesthetic Clinic are joining forces to launch Chapter Aesthetic Studio, a chain of medspas, in the U.S.
May 6th, 2021 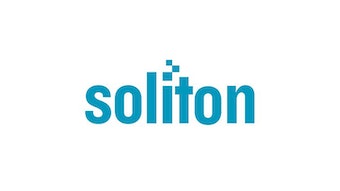 Must Have Correctives that Work Better Together

Learn how to combine corrective ingredients and products for optimal results in your patients with PCA Skin.
May 5th, 2021

Cynosure will add the minimally invasive MyEllevate Surgical Suture System to its existing range of aesthetic devices.
May 5th, 2021

SuperVision180 has launched an accelerated training model for aesthetic medicine, where doctors and nurses can watch the top experts in their field work work live.
May 5th, 2021

Demystifying the Science of LED Therapy

Join Patrick Johnson, CEO and president of BioPhotas, as he discusses the top indications, common myths and the science behind low level light therapy.
May 5th, 2021
Follow Us
Most Recent

The A Method by Tina Alster, MD's Ultra-Hydration Serum