Carl Thornfeldt, MD, has reached peaks in both his career and recreational life. 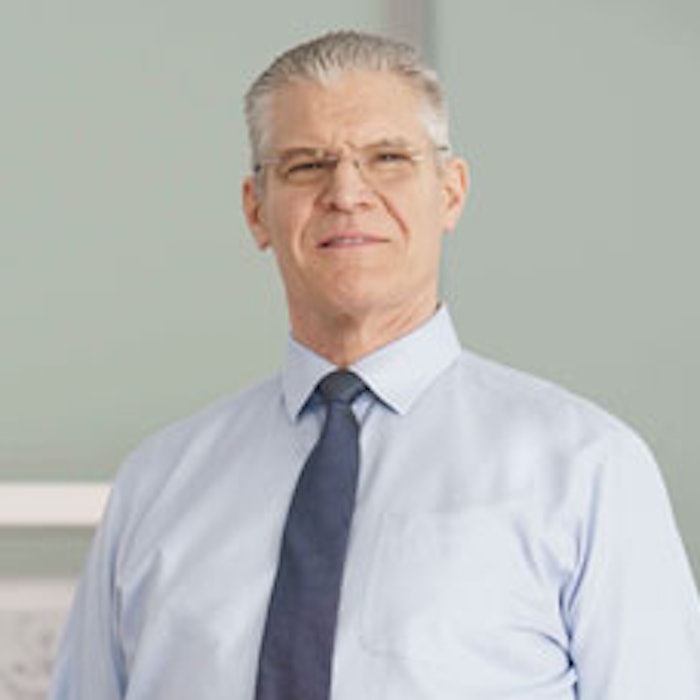 “I get a big thrill out of seeing the tops of mountains,” says Carl Thornfeldt, MD, dermatologist, founder of CT Derm, a private dermatology practice in Fruitland, Idaho, and CEO of Episciences, maker of the Epionce skincare line. To date, he has scaled 34 mountain peaks over 10,000 feet. He has similarly reached impressive heights in his professional life as well.

For four decades, Dr. Thornfeldt has been treating patients and researching the skin barrier and its role in cutaneous inflammatory conditions. He holds 15 U.S. patents and has authored more than 50 scientific journal publications as well as the book, Ideal Skin Health. His ascent to the top of the dermatology field arose from his own struggle with skin disease as a child.

“I had a lot of skin and allergy troubles as a child, going on into my teens,” he explains. Even his father, a pediatrician and board-certified allergist, had a difficult time keeping his son’s problems under control.

As the younger Dr. Thornfeldt grew, he imagined becoming a professional who could keep people from having to go through what he lived through, focusings on making people well and keeping their skin clear. “I wanted to really understand skin disease,” he says.

It Began on a Farm

Dr. Thornfeldt grew up on a farm on the Oregon side of the Columbia River Gorge. As a side business, his father developed a breeding program to increase the size and value of black-faced Suffolk sheep. It was the 1950s, and pediatric vitamins were coming to forefront of pediatric medicine. His father would mix the vitamins with molasses and put it on the hay to feed the animals. The Thornfeldt Suffolks grew to more than 400 pounds and were sold throughout the nation.

“They were so expensive, that if something happened—like a broken leg—instead of putting them to sleep, he would get the top orthopedic surgeon in the region to come out to repair the break. We would set up our basketball court as an operatory. I would administer the ether to anesthetize the animal while the surgeon set the bones and put pins in them,” says Dr. Thornfeldt. “I began doing this in fifth grade.”

This early exposure to surgery and the use of vitamin supplementation fostered an interest in both science and nutrition. “Also, since dad grew up in Montana during the Depression, he had an interest in the value of herb therapy for a lot of diseases that would afflict the farmers, ranchers and their animals,” says Dr. Thornfeldt. “Nutrition, herbal medicine and doing surgical procedures were instilled in my mind, so by the time I was in sixth grade, I decided I wanted to be a doctor.”

Coming from a small town of 300, he also understood the difficulty people in rural areas faced in accessing quality medical care. “By the time I went into college, I had decided I wanted to be a doctor in rural America. The people in these towns deserve high-quality health care just as much as those in the cities and suburbs,” he says.

With an eye on practicing in rural America, “I knew I needed to be in a broad specialty that allowed me to care for people of all ages. I also enjoyed performing a variety of medical procedures,” says Dr. Thornfeldt. That led to a greater passion for dermatology.

As the the oldest of six children, he decided to go to Oregon State University rather than an Ivy League school so there would be sufficient money for completion of a medical degree, internship and residencies. After double majoring in biochemistry and nutrition, Dr. Thornfeldt went to medical school at the Oregon Health Sciences University, which he chose in part because of his mountaineering. “The medical school is up on a hill on the west side of Portland, and I could see Mount Hood from the campus,” he says. “It was very cathartic to be able to look at the mountain on tough days.”

He spent three years in family practice with the U.S. Navy then completed a dermatology residency at University Hospital in San Diego before going into private practice in Ontario, Oregon, in 1983. “For 32 years, I was the only full-time dermatologist for that area, so in addition to my practice, I provided ER coverage for hospitals and would visit nursing homes,” he says.

The practice grew and grew, and because he was the only dermatologist on staff, he didn’t take a vacation his first nine years on the job. “For a number of years, we had some of the poorest counties in the whole nation, so it was difficult to bring in a locum tenens/ I was on call 24/7,” says Dr. Thornfeldt. “Another challenge early on was building an office staff. I don’t like turnover, so I provide people who work with me a career, not just a job.”

That means offering 75th percentile pay for the area as well as full benefits and retirement plans. Currently, he has 22 people on staff. Approximately one-third of his staff has been with him for more than a decade and two for more than 30 years.

“I give them a lot of responsibility and a variety of different projects, which they really relish,” he says. “As a leader, I also need to be able to listen to their points of view. Together, we solve problems and end up with the best solutions for the patients. At the end of the day, I have to make the final call, but it’s always important to have input from experienced, dedicated personnel. No one knows everything.”

In 2003, he and his wife, Marlene, decided that the practice needed more space to accommodate its growing patient base. They moved CT Derm to Fruitland, Idaho. The practice overlooks six acres of landscaped grounds and an alfalfa field and has a 270-degree view of snowcapped mountains.

The office itself has a Thomas Kinkade theme, with calming colors and a home-style décor. All rooms have a window to the outside, and each room has a different theme, such as a lighthouse or cabin. There are also rooms with lasers and narrowband UVB light units and two surgery suites. People enter on one side of the building and leave on the other side.

“When someone comes in, the front office staff greets them and one of the medical assistants takes them back and does the EHR processing, then I will come in and evaluate them,” says Dr. Thornfeldt. Scaly patches are scraped for KOH or cultured for fungus. Dr. Thornfeldt will do bacteria cultures for crusts, pustules and blisters; viral cultures for blisters; and scrape for parasites. “In this agriculture-based community, we do often see different animal-borne infections and plant-induced reactions as well. I learned early on that visual examination is not as accurate in finding the correct diagnosis,” he says.

Part of his patient care philosophy is making sure patients are comfortable and not intimidated upon entering the practice or meeting him. In the mid-1980s, he read an article that said patient comfort is affected by how the doctor is dressed; most don’t like to see a doctor in scrubs or a white lab coat. “That’s why on days I don’t do surgery, I wear a polo shirt or Hawaiian shirt in the summer, or just a shirt and tie with slacks,” he says.

At 68, Dr. Thornfeldt wears a four-times magnification to give him a “little edge.” Following diagnosis, all patients are given a written copy of their treatment regimen, something he has been doing since he first went into practice. “In the beginning, one of the family practitioners called me and said, ‘Look, you’re raising the bar here giving these written instructions out,’ and I told him that dermatology is complex, there are multiple medications, the drugs have to be applied in a specific manner and I needed to do it because it’s what’s best for the patient,” he says.

In 2000, Dr. Thornfeldt founded Episciences to manufacture and distribute nonprescription topicals based on his research of the skin barrier and inflammatory cutaneous skin disorders. His vision for what would become the Epionce skincare line came early in his career.
During his residency in San Diego, Dr. Thornfeldt trained under Dr. Richard Stoughton, a pioneer in topical corticosteroids, antiacne and antiviral therapies. By the time Dr. Thornfeldt finished residency, he was involved in conducting four Phase III clinical trials for major pharmaceutical companies.

“I had a great appreciation for clinical trials,” he says. “Yet about 18 months into private practice, I had all these patients who weren’t getting well with their prescription topicals. As I investigated it further, I found that the pharmaceutical products were yucky to use so compliance was a huge issue. People also were not experiencing excellent clinical results, which added to the compliance challenges.”

It struck him that, if he could develop cosmetically elegant topical products that acted as adjuncts to improve prescription product efficacy, he could improve patient compliance and deliver better results and, in turn, better quality of life for his patients. In addition, if the products targeted the foundational pathophysiology of the skin disease, they could offer longer-term remissions if they were applied on a regular basis.

“I climbed a 9,000-foot peak. I was sitting up there trying to figure out what was going on and I realized how different the sun and wind felt compared to 2,400-foot base elevation,” he explains. “I realized that corticosteroids, hydroxy acids and retinoid use were blowing open the skin barrier, damaging its protective value. Could the epidermal barrier damage be the issue that prevented effective therapies for skin disorders?”

In February 1985, he started researching his theory and, after nine years of basic research with a team including Dr. Peter Elias and consulting with Dr. Howard Maibach, he discovered that the skin barrier was a regulatory tissue and its damage—resulting in attendant chronic inflammation—was a major driver for more than a dozen mucocutaneous diseases and disorders.

He teamed up with a formulation chemist to develop products that contained his unique barrier repair and anti-inflammatory technologies. In 2002, Episciences launched the first Epionce Renewal products.

Now a father and grandfather with close to four decades in dermatology, Dr. Thornfeldt continues to stay abreast of advances in dermatology and alternative, complementary and herbal medicine. He remains driven by his desire to improve patients’ quality of life by seeking the foundational mechanisms behind the skin problems he sees in practice.

“That drove me to invent new drugs, drove me to nine years of basic research and drove me to put every dime I had into building a new company to provide avenues to distribute these discoveries to the public,” he says. “I’ve always wanted to understand what the underlying driving forces are that cause what we see on the skin, and how to reverse them.”