Standing Out In the Lone Star State 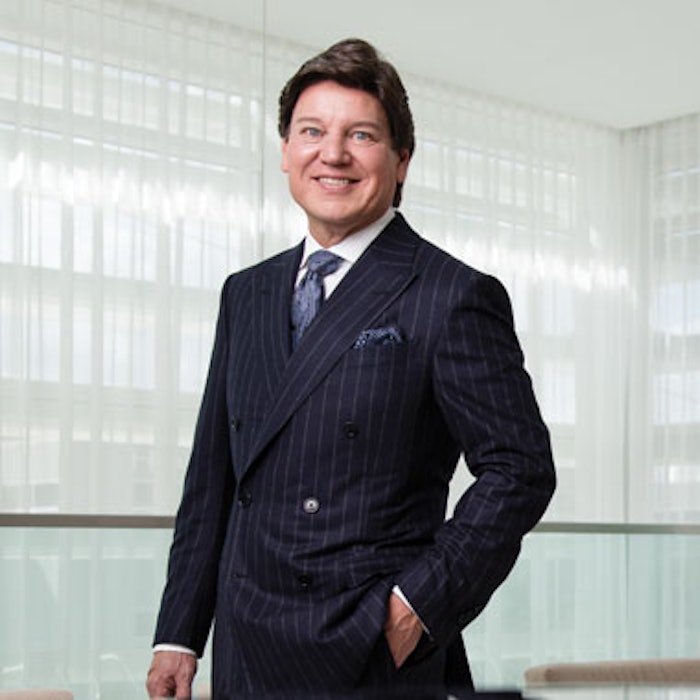 “To be a good aesthetic plastic surgeon you have to have three things: The tongue of a politician, the eye of an artist and the hands of a watchmaker. And you have to have them in almost equal amounts. It truly is a unique skill set,” says Paul Vitenas Jr., MD, FACS, founder of Vitenas Cosmetic Surgery, Mirror Mirror Beauty Boutique and the Houston Surgery Center in Texas.

His success as a physician lies in the appreciation he—as the son of a doctor—holds for the profession. “I saw the respect and the love that my father’s patients had for him and as a boy I wanted that too. I grew up in a household where medicine was part of our daily lives, and it was passed from one generation to the next,” he says.

Dr. Vitenas attended Tulane University Medical School, which was affiliated with Charity Hospital in New Orleans. There, students were exposed to thousands of patients and a “see one, do one, teach one environment where you really got to experience all of the different specialties and clinical venues that you could pursue as a physician,” he says.
After completing a general surgery residency, Dr. Vitenas was drawn to the unique challenges of plastic surgery. “It requires the ability to see into the future and understand what the outcome of a particular surgery or technique is going to look like as the patient ages and changes,” he says. “You need to have the ability to visualize what the patient is going to look like six weeks, six months and six years down the road.”

Following his residency and multiple fellowships—including time with Paris-based Dr. Paul Tessier, the father of modern craniofacial surgery—Dr. Vitenas received several offers to work in academia. “I was about 35 years old, and my father said, ‘You’ve been in academics for four years of medical school, five years of general surgery, two years of plastic surgery and three years of fellowships; maybe you’ve had enough of academics for awhile?’” he recalls.

During his tenure at the hospital, he served as chief of staff, chief of surgery, a member of the Board of Directors and chair of the finance committee. He helped grow the facility from a three-hospital, $180 million-per-year operation to a $3.6 billion-per-year operation with more than 15 facilities. In his 30-plus year career, Dr. Vitenas has been voted one of the “Top Ten Plastic Surgeons in Middle America,” “Texas Super Doctor” and a “Top Doctor” on RealSelf, as well as one of “America’s Most Compassionate Doctors.”

In 2007, after 25 years as a plastic & reconstructive surgeon, Dr. Vitenas decided to embrace aesthetics full time with the launch of Vitenas Cosmetic Surgery—a custom-built cosmetic surgery center and medspa.

Photo: Robert Seale
[pagebreak]
He hired his first esthetician and began offering noninvasive cosmetic procedures in addition to surgery. “We started doing some of the noninvasive aesthetic procedures—skin peels, IPL, Titan skin tightening and laser hair removal, in addition to Botox and fillers,” he says. “It gave patients a wider selection of services and helped the practice grow because once patients start doing these procedures, they come back.”

The sleek, contemporary facility was designed and built according to Dr. Vitenas’ own specifications. His goal was to create a full-service aesthetic facility based on a European model of health care in which patients receive pre- and postprocedure care as well as the surgeries themselves in one location. In addition to a two-room surgical center, the facility houses a retail store, a medspa, a clinic for consultations and follow-up appointments, and a private recovery suite that gives the Ritz-Carlton a run for its money.

“It’s a one-stop shop. The building is designed so that you can come and go from surgery, and nobody in the retail space or the clinic has any idea that you’re here,” he says. “It was designed for privacy and efficiency. I walk 20 feet to scrub in between surgeries, and the next patient is asleep on the operating table already. I can finish my breast augmentations by 9 a.m. Anywhere else it would take until 2 p.m. to do five cases, so it’s tremendously efficient and it’s really helped us grow our business.”

The sweeping success of the practice belies a few challenges. Moving from reconstructive and plastic surgery to full-time aesthetics required a new focus on marketing and advertising, and brought a healthy dose of self-doubt to the surface. “When you start to focus on aesthetics your whole mindset has to change from one of ‘People are sick and they have to come see me for treatment,’ to basically being in a retail space where you’re selling something that people want but don’t necessarily need,” says Dr. Vitenas. “No one ever lived one day less because they didn’t have a facelift. You spend your whole life training to help people and take care of the sick. Deciding not to do that anymore and focus on just aesthetic surgery gave me a guilt complex.”

A recommendation from a nearby ad agency to launch a billboard campaign for his new practice added to his doubts. “I just couldn’t grasp the concept of a doctor advertising his services. It was so foreign and the antithesis of everything that organized plastic surgery and organized medicine had ever espoused and taught me,” says Dr. Vitenas. “I could just picture my late father driving down the freeway and seeing a billboard advertising my services with his name on it!” As far-fetched as the idea sounded, he took the risk and put up a billboard in Houston. It has been there ever since. “I had never done any marketing. I did not have a website, but the phone started ringing. Patients I hadn’t heard from in 10 or 15 years were calling to say they saw my billboard. We were ahead of our time,” says Dr. Vitenas.

Today, he has a staff of 30, including a business and marketing team that includes his own son, Alex, also a graduate of Tulane University. In addition to internet, billboard and local media marketing, Vitenas Cosmetic Surgery engages with its community through a variety of charities, including the United Way, Toys for Tots and SillyBox; and regularly partners with the city’s small-business community.

What the Future Holds

Dr. Vitenas’ current challenge is finding a partner to help him handle the practice’s continuing growth. “We have an asset that is not being 100% utilized; by bringing in a partner or maybe even two, it will allow us to grow market share and utilize the space more fully,” he says. “I’m looking for the right individual. Someone who can come in and do the quality of work that we do here and share in the practice.”

He notes that changing perceptions—and an expanding patient base—are part of what led him to pursue aesthetics. “The mindset used to be that plastic surgery was just for rich people. Now, the average household income for aesthetic surgery patients is $65,000 a year. That is not rich; that’s middle-income,” says Dr. Vitenas. “As the Millennials and Gen Xers get older, the demand for aesthetic services is going to increase by double digits, for at least the next 20 to 30 years. All these patients are coming for Botox because they don’t want to get a facelift, but at some point they are going to need one. Those who are having CoolSculpting and noninvasive fat reduction procedures will eventually want a tummy tuck and liposuction.”

With these changes in mind, Dr. Vitenas advises each newcomer to the field of plastic surgery to consider their desired subspecialty early in their careers. “Plastic surgery has grown so much in the last 30 years, and it has become so technically complicated in each of the different disciplines—burn surgery, hand surgery, craniofacial surgery, microvascular surgery and aesthetic surgery, just to name a few. You cannot be a master of all of these different subspecialties. Figure out what it is that you want to really do and never stop trying to be better,” he says.

Shelley Moench-Kelly, MBA, is a freelance writer based in Newport, VT.