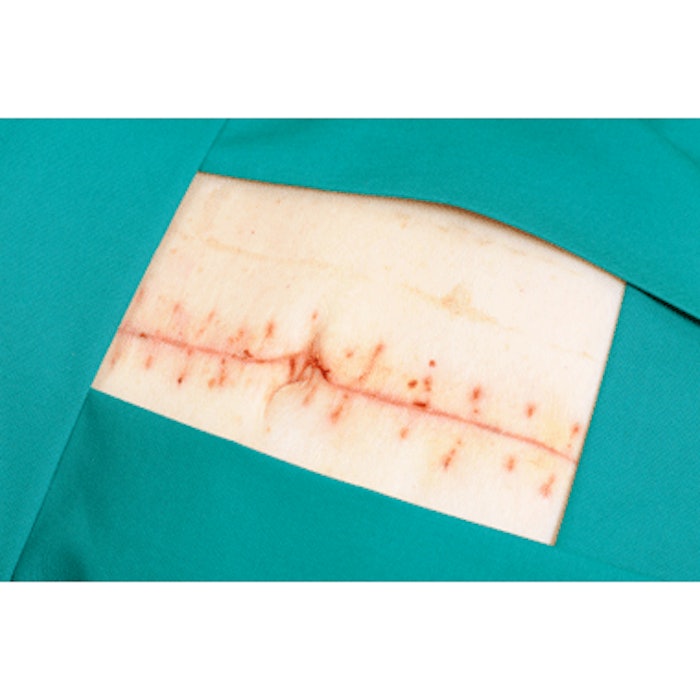 Scars treated three weeks post-operatively with a fractional CO2 laser are less thick and show improved textured when compared with untreated controls. Sang Hee Lee, MD, et al, of the department of dermatology, Yonsei University College of Medicine, Seoul, Korea, performed a prospective, split-scar, evaluator-blinded study on the postoperative scar of 15 patients (Dermatologic Surgery, August 2013). Subjects underwent two sessions with a CO2 fractional laser on half the scar. Treatments began three weeks after surgery and were spaced two weeks apart. The patients were then followed for three months after the final treatment session.
The researchers noted a greater decrease in Vancouver Scar Scale scores on the treated half of the scars, especially in terms of texture and thickness. The patients used a subjective four-point scale to rate their satisfaction and expressed a significantly greater degree of satisfaction with the treated side. One patient developed of hypertrophy of the scar on both the treated and untreated sides.