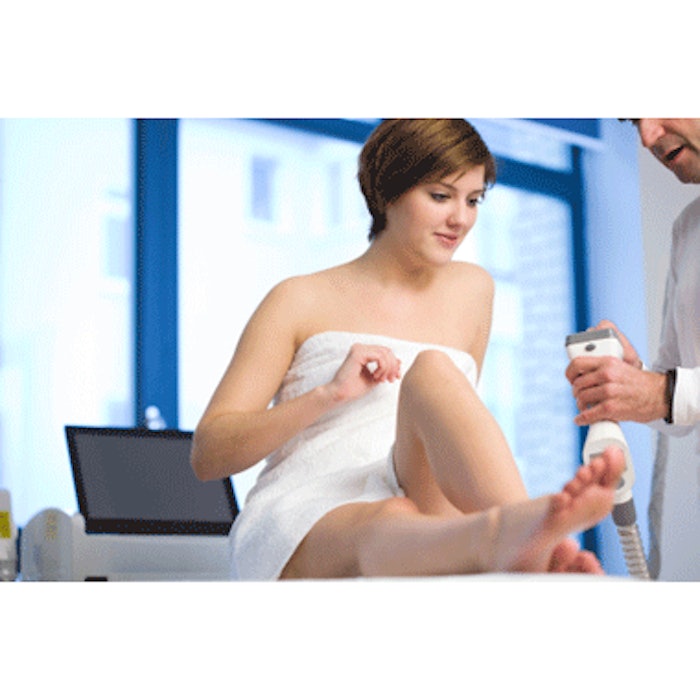 “Claims related to cutaneous laser surgery by NPOs—nonphysician operators—particularly outside of a traditional medical setting, are increasing,” say the authors of a new study published online in JAMA Dermatology (October 16, 2013).
Researchers H. Ray Jalian, MD, et al, searched an online national database of public legal documents involving laser surgery to determine the percentage of liability claims stemming from cutaneous laser surgery performed by nonphysician operators (NPOs). They identified 175 cases involving injury secondary to cutaneous laser surgery from January 1999 to December 2012. Seventy five of the cases (42.9%) involved an NPO. The authors note that between 2008 and 2011, the percentage of cases involving NPOs increased from 36.3% to 77.8%, while 75.5% of laser hair removal-related lawsuits from 2004 to 2012 involve procedures performed by NPOs. In addition, the majority of these cases (64.0%) were performed outside of a traditional medical setting.
“This study is critically important in demonstrating to policymakers that laser hair removal is indeed a medical procedure and should be treated as such,” said Mitchel P. Goldman, MD, and president of the American Society for Dermatologic Surgery (ASDS). “Increasingly, electrologists, cosmetologists and other non-physicians are seeking the legal right to perform laser hair removal, arguing that these are not 'serious' procedures because they are cosmetic. The health and well-being of patients is at stake.”