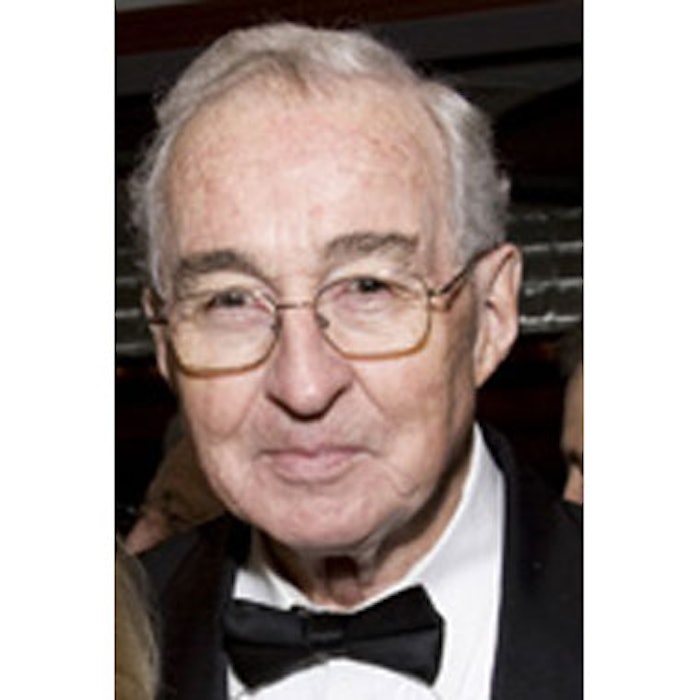 George Hambrick, Jr., MD, dermatologist and co-founder of the American Skin Association, passed away in his home in Charlottesville, Virginia, on December 10 at the age of 91. Dr. Hambrick devoted more than 50 years to helping advance the study and teaching of dermatology, heading dermatology departments at three university medical schools.
Dr. Hambrick was a native of Charlottesville, and attended Concord College (now Concord University) in West Virginia and the University of Virginia School of Medicine.
Following an internship at the University of Iowa Hospitals, he trained in dermatology at Columbia Presbyterian Medical Center and Duke University. From 1948 to 1950, he served in the U.S. Army in Georgia and Okinawa, Japan.
Throughout the next half-century, his practice in dermatology focused on the delivery of healthcare to thousands of patients.
Dr. Hambrick held appointments at Columbia University, the University of Pennsylvania, Johns Hopkins University, the University of Cincinnati and Cornell University. Following his appointment as John Hopkins' first full-time professor of dermatology in 1969, he was instrumental in establishing the university's first department of dermatology. Similarly at Cornell, he led dermatology to full department status. Today, Dr. Hambrick is a Professor Emeritus at Cornell and Senior Lecturer at Columbia.
In 2007, he received the Johns Hopkins Distinguished Medical Alumnus Award, the university's highest honor. In 1992, Cornell established the George W. Hambrick Professor in Dermatology in his honor. Among his countless other accolades is the Dermatology Foundation's first Lifetime Career Educator Award for his service as a mentor, role model and inspiration to students and trainees.
He served as president of both the Dermatology Foundation and the Society of Investigative Dermatology and, for 11 years, as a delegate to the American Medical Association. With more than 75 publications to his credit, he was an advisor to Skin & Allergy News and a member of the editorial board for the Journal of the American Academy of Dermatology.
In 1987, together with Rockefeller University's Martin Carter, MD, PhD and Herzog Foundation President Peter Bentley, Dr. Hambrick founded American Skin Association to represent the interests of skin disease victims and their families. The association has contributed $8 million towards dermatology research. It has “supported more than 150 scientists studying melanoma, skin cancer, psoriasis and other disorders and has initiated programs to teach more than 12 million children about skin diseases,” according to The New York Times.