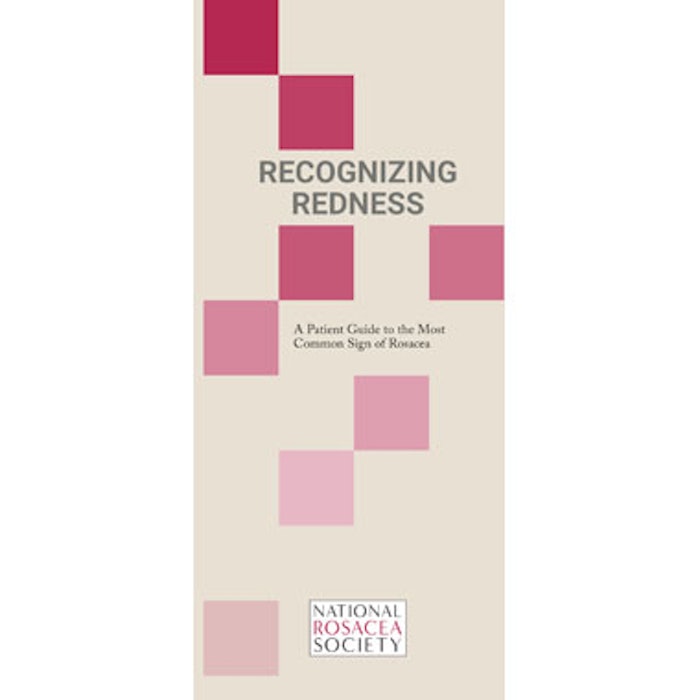 The National Rosacea Society with support from Aclaris Therapeutics is offering a public service booklet called Recognizing Redness to help rosacea sufferers assess facial redness and understand the most common triggers for flareups.

“The new Recognizing Redness booklet is an excellent tool for patients to understand the disorder and assess the fluctuations in their complexion,” said Estee Williams, MD, assistant clinical professor of dermatology at Mount Sinai Medical Center in New York City. “Because rosacea redness is so variable and can be difficult to measure by eye, it is useful to be able to objectively track improvement made by medical therapy and avoidance of triggers for flareups.”

Recognizing Redness may be downloaded free of charge on the NRS website, www.rosacea.org. Health professionals may also order bulk quantities for use as patient handouts. Contact: 888.662.5874, rosaceas@aol.com.