Radiofrequency-based microneedling devices are gaining legions of fans thanks to a strong safety profile and new advances in energy delivery and adjustability. 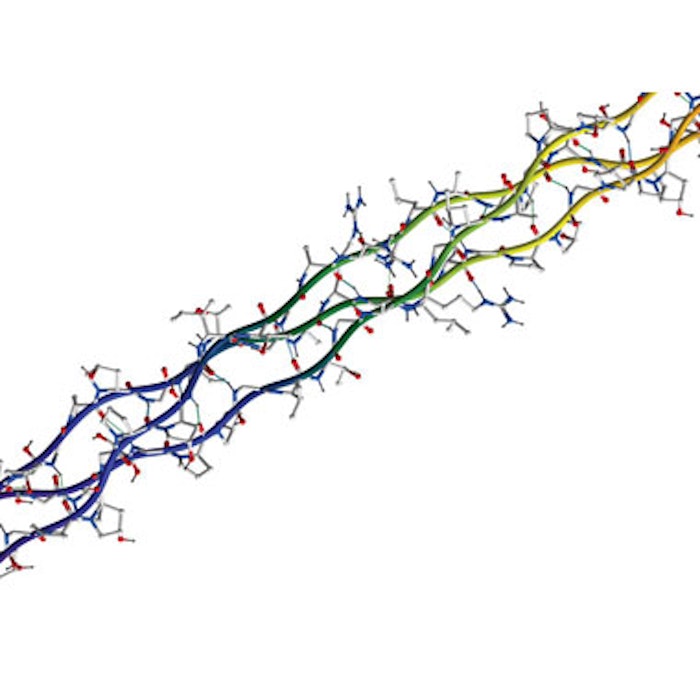 When Thermage came to market in 2002, it introduced a new technology to help correct the signs of skin aging: radiofrequency (RF)-based energy. Nearly 20 years later, RF-based devices have become ubiquitous in medspas and aesthetic practices where they are used to tighten lax skin, reduce fat and smooth acne scars. While noninvasive devices have received mixed reviews over the years, primarily related to inconsistent outcomes, RF-based microneedling devices have proved more universally popular with practitioners.

As with other energy-based devices, the goal of RF-based treatments is to stimulate new collagen production through controlled wounding of the skin. “With any kind of trauma to the skin, part of the wound healing process is stimulation and reorganization of collagen,” says H.L. Greenberg, MD, founder of Las Vegas Dermatology in Las Vegas. “If you traumatize the skin in a controlled environment, when it heals it heals better than how it looked originally.”

With RF microneedling, the skin is injured by both the heat generated by the RF as it excites water in the dermis and the holes created by the needles. “You get better results with the use of heat [vs. plain microneedling], because you’re working on the collagen in two ways: One is the trauma from the needles and two is the heat, which causes some contraction as well as injury,” says Dr. Greenberg.

“The other thing we would hope is that elastin would be stimulated,” says Robert Weiss, MD, of the Maryland Dermatology Laser, Skin, & Vein Institute in Hunt Valley, Maryland. In a 2014 study he performed with David McDaniel, MD, histology showed an increase in elastin fibers following submental treatments with a monopolar RF device. A 2009 study by Basil M. Hantash, et al, found that treatment with the Candela Profound RF microneedling device induced both neoelastogenesis and neocollagenesis.

The two types of RF energy used in aesthetics are monopolar and bipolar. Generally speaking, noninvasive devices use monopolar—where the patient is grounded and the RF seeks out that grounding pad, and RF microneedle systems use bipolar, where the current travels between two poles. Or, in the case of microneedle handpieces between the needles.
Monopolar penetrates more deeply, but with bipolar “you can be much more precise about where you’re delivering the energy,” says Gilly Munavalli, MD, of Dermatology, Laser & Vein Specialists of the Carolinas in Charlotte, North Carolina. “The RF microneedling devices take the RF energy and concentrate it in a fractional pattern.”

The benefit of using RF microneedling versus an ablative fractional laser for collagen stimulation is that practitioners can minimize the damage to the epidermis, reducing the risk of postprocedure hyper- and hypopigmentation. “We don’t have to blow the roof off the house to get to the house,” says Dr. Munavalli. “If you’re trying to enhance dermal volumization, it’s ideal to treat the dermis without treating the epidermis. And that is the distinction of these microneedling devices.”

The ability to deliver the RF energy directly to the dermis without heating the epidermis is what led Dr. Weiss to bring Lutronic’s Inifini RF microneedling device into his practice six years ago. “Once the needles have penetrated the skin and gone to a certain depth, you are bypassing the melanin,” he says. “We had a number of patients with acne scars who were of Indian and Pakistani origin, and we wanted to be able to treat them. We needed something that could treat skin of color. Because the CO2 laser drills right through the surface, there is great danger of causing hyperpigmentation. Whereas with the RF microneedling, we haven’t seen any adverse events on pigment.”

There are now several RF-based microneedling devices on the market, and each offers unique features and characteristics. “The unique thing about the Candela Profound is that it gives you a high level of control and feedback with regards to temperature and placement of the needle tips, and it is the only long-pulsed RF microneedle device in the U.S.,” says Dr. Munavalli. “The only downside of the Profound is that you cannot adjust the depth of the needles.”

Devices, such as the Lutronic Genius and Cutera Secret, offer variable depth penetration “and they are sub one millisecond pulse devices, so you can do multiple passes with them and treat more superficial areas,” says Dr. Munavalli.

The goal, he explains, is to deliver the energy precisely where the problem is. “For fine lines and wrinkles, which are upper dermal problems, you may want to work more superfically and with a shorter pulse. For deep wrinkles and skin laxity, it’s a lower dermal issue and you want to use a longer pulse,” says Dr. Munavalli.

In April 2019, Dr. Weiss and colleagues published a study in Dermatologic Surgery on the effects of heat-based devices on dermal fillers. “We took fresh abdominoplasty skin and injected Juvederm Ultra at the level we normally would, and we used a variety of devices, including RF microneedling devices with either insulated or noninsulated needles,” he says. “Most of the needle configurations caused damage to the collagen, but we saw very little damage to the epidermis. I surmise that the reason there is very little effect on the epidermis with any type of RF microneedle device is because there’s more water in the dermis than in the epidermis.”

A new device, the Potenza from Cynosure, offers what the company calls semi-insulated “Tiger Tip” needles. The insulated and noninsulated stripes allow you to treat at two different depths with every application of the microneedles, explains Dr. Weiss.

The Potenza offers multiple needle arrays with varying densities and adjustable pulse widths, and it offers both bipolar and monopolar RF settings. “You can adjust the time that the microneedles are in the skin—and that is important when you’re trying to do things like skin tightening and acne scarring versus textural improvement,” says Dr. Weiss. “You can also adjust the speed at which the needles go into the skin, which can be important depending on which area of the body you’re treating.”

He uses a short pulse with rapid penetration of the needles when addressing superficial textural concerns on the face. For acne scars, he uses a slower needle setting. “When you’re trying to get into an acne scar, it is better to slow the needles down a little bit so they actually get into the scar, rather than bounce off of it,” says Dr. Weiss. “Then I adjust the length of the pulse because scar tissue is going to take a little longer to heat up, since it has less water than healthy tissue.”
He also slows the needles down when working on the neck. “If the needle goes too fast, it just kind of bounces off the neck,” he says.

While bipolar RF energy allows for more precise placement, it has shallower depth of penetration than monopolar, which may be a drawback for some indications. Dr. Greenberg finds he gets better skin tightening results with his noninvasive monopolar Venus Viva device, due to its depth of penetration. So he combines the treatment with medical microneedling to deliver the benefits of both modalities. “We do the radiofrequency first and then immediately follow that with microneedling,” he says.

Cynosure sought to address this concern by adding a monopolar mode to the Potenza. “By switching to the monopolar mode, we can potentially get the energy from the tip of the RF microneedle much deeper,” says Dr. Weiss.
Physicians can toggle between bipolar and monopolar during treatment. “If you want to do your first pass and then go a little deeper for acne scars, you hit monopolar. If you don’t have the patient grounded, it will inform you that there’s no grounding pad in place,” says Dr. Weiss. “Conversely, if the patient is grounded and then you want to go a little more superficial, you just hit bipolar, and it will switch to that mode.”

Generally speaking, if you are trying to achieve skin tightening over a large area, noninvasive monopolar devices are a better choice than RF microneedling. “For example, if somebody has droopy jowls, we would use a monopolar device with a large applicator. If someone has crepey skin on their neck, then we would choose to use RF microneedling. And, of course, with acne scarring, if you apply a large swath of RF energy, you’re not going to get much improvement. You really have to have the needles to get in there and break up that scar. You can’t address that just from the surface,” says Dr. Weiss.

The key to determining whether—as well as which—RF microneedling device is a good addition for your practice is to understand your target patient base and their concerns. “Know your patient population and what they might benefit from before you decide to buy one of these devices,” says Dr. Munavalli. “Because they are very different than lasers and noninvasive RF devices, and each offers unique capabilities.”