Transepidermal delivery of topicals is gaining ground in aesthetic medicine. 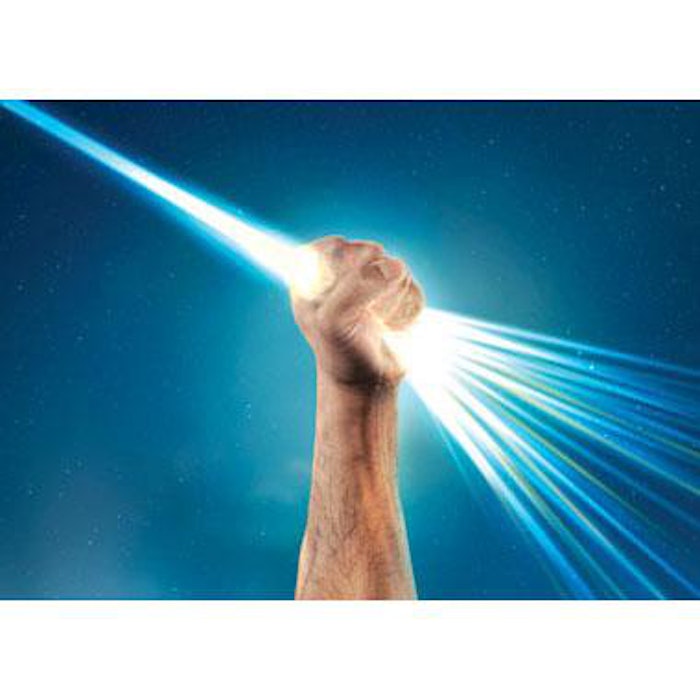 Both fractional lasers and microneedling have been shown to stimulate collagen production by creating tiny columnar wounds that penetrate deep into the dermis. Researchers are now investigating protocols that allow them to use these same microchannels to deliver healing and rejuvenating substances through the skin barrier.

“This is literally a new method of drug delivery, versus oral or intravenous,” says Jill S. Waibel, MD, medical director and owner, Miami Dermatology and Laser Institute, Miami, who specializes in the treatment of scars, especially burn scars. “Without exception thus far, laser-assisted transepidermal delivery (TED) has been found to enhance the local uptake of any drug or substance applied to skin. Among the hundreds of topical and systemic drugs used in medicine, it remains to be determined which formulations are specifically appropriate or inappropriate for laser-assisted delivery, and why. As a treatment paradigm, the implications for laser-assisted TED are potentially vast and could significantly impact the specialty of dermatology as well as other fields of medicine.”

While dermatologists generally agree that fractional lasers are the best method of creating conduits for TED, they disagree on the merits of microneedling as a means of enhancing topical preparations.

“Microneedling has been around for a long time,” says Macrene Alexiades-Armenakas, MD, PhD, associate clinical professor, Yale University School of Medicine and director and founder of Dermatology & Laser Surgery Center of New York. “If it worked, dermatologists would not have spent so much time, effort and finances developing and purchasing
resurfacing lasers.”

She has had some success combining microneedling with TED. “I have conducted microneedling prior to PDT and have seen reasonable improvements in efficacy for nonmucosal actinic keratoses. However, it has not been successful in my hands for actinic cheilitis. Well-designed studies are critical here. In contrast, we already have several well-designed and well-executed studies on fractional CO2 and PDT,” says Dr. Alexiades-Armenakas.

Alternately, Vivian Bucay, MD, founder of the Bucay Center for Dermatology and Aesthetics in San Antonio, Texas, is a proponent of microneedling, particularly for patients who may experience complications with fractional laser technologies. “We do a lot of microneedling procedures,” she says. “I have a large number of Hispanic patients and I prefer devices like microneedling and radiofrequency that are colorblind and less likely to cause postprocedure hyperpigmentation. I don’t think microneedling poses any danger if you prep the skin thoroughly.”

According to Dr. Bucay, without proper cleansing prior to breaking the skin barrier, any injection—including those introduced through microneedling or fractional laser—can drive biofilm or foreign bodies into the skin, leading to poor healing and possible granulomas.

Dr. Waibel sees different roles for fractional lasers and microneedle devices when it comes to TED. “While the effects of laser settings on delivery need further study, lasers are tunable and the depth can be precisely controlled from 10µ to 4,000µ, whereas the microneedle systems are not tunable.” Therefore, she feels that microneedle devices are more suitable for use with topical anesthesia and to enhance penetration of cosmetic and cosmeceutical preparations.

Microneedling devices have been used in dermatology and aesthetics for more than 20 years, but newer devices and positive research outcomes have fueled interest in the past few years.

“I had tried earlier manual microneedling devices but didn’t like them,” says Dr. Bucay. “I found there was too much variation in results. It was difficult to control the angle of entry and depth, and there was too much pain for the patient. Newer automatic devices, like the Eclipse Micropen, move so rapidly patients barely have time to feel the tiny pin pricks. Most patients report pain of 1 or 2 on a scale of 10, even when I go as deep as 2.5mm.”

The Eclipse Micropen is a cordless device that gives physicians more freedom of movement during treatments and can be easily transported from room to room. “The downside is that it begins to lose power toward the end of the battery life so you need a fresh battery ready all the time.

“I like to use hyaluronic acid (HA) with the Eclipse Micropen. It allows the device to glide over the skin. The HA then penetrates to hydrate,” continues Dr. Bucay. “For facial rejuvenation we often apply Tensage (40% ampoules, Biopelle), a snail secretion high in growth factors. It was first used in Chernobyl to treat patients with radiation burns. It improves healing and rejuvenates skin. For patients with highly sensitive skin or those who don’t have a lot of photodamage, we stick with topical preparations like Eau Thermale Avène Soothing Serum or Cicalfate Restorative Skin Cream (Avène). To combat photodamage, we also like SkinMedica or Neocutis skincare products. We do avoid some topical preparations during the actual treatment, such as those with high doses of vitamin C or kojic acid, which can cause contact dermatitis in some patients.”

Dr. Waibel is working with the new Aquagold microneedle technology introduced by Aquavit Pharmaceuticals at the 2014 annual meeting of the American Academy of Dermatology. “Aquagold is a new delivery system. It delivers whatever medication or cosmeceutical you wish through 20 hair follicle-size needles to a dermal depth of 600µ,” she says. “There is a home unit that delivers up to a depth of 250µ. You place the product in the attached vial for treatments.”

Another new microneedling treatment introduced by Genesis Biosystems in March 2014 is the DermaFrac device, which combines microneedling with simultaneous vacuum infusion. Needles are available in 0.25mm and 0.5mm lengths. The theory behind combining these modalities is that the vacuum pressure places the skin under tension, allowing for more precise needle penetration and deeper topical delivery.

Both fractionated CO2 or Er:YAG lasers are now used for TED, because both vaporize tissue efficiently. Fractionated radiofrequency energy can produce the microchannels necessary for TED as well, but there are few published studies validating this method.

Vic Narurkar, MD, founder of the Bay Area Laser Institute, San Francisco, is also investigating the use of nonablative fractional devices for TED. His research suggests there is too much coagulation with ablative devices to achieve optimal delivery. In his practice, he uses the Clear + Brilliant Perméa (Solta Medical), which was specifically designed for transepidermal delivery of topical products.

[pagebreak]
“It is a fractional laser with lower wattage than say, a Fraxel,” he explains. “We do an average of five to six patients a day and have seen very good results. We use a variety of topical preparations from antioxidants, such as CE Ferulic (the compound used in clinical trials for the Perméa), to Lytera for skin lightening and hyaluronic acid for hydration. We use it primarily for patients with pigmentation disorders, such as melasma.”

Dr. Alexiades-Armenakas uses a variety of CO2 and Er:YAG fractional lasers in TED treatments involving aminolevulinic acid for photodynamic therapy, and Skinceuticals Pigment Regulator as a nonhydroquinone drug for melasma. She is currently finishing a study using the iTED solution to deliver 37 actives.

The iTED, introduced by Alma Lasers in 2012, is a transepidermal delivery solution that adds an ultrasound sonotrode module, called IMPACT, to further enhance penetration of topical active agents through laser or RF microchannels. “The IMPACT yields exceptional results with only a few days of downtime,” Dr. Alexiades-Armenakas says. “It is a perfect protocol.”

Dr. Waibel uses TED to deliver retinols, growth factors and antioxidants into patients’ skin. “You can deliver intradermal microdroplet neuromodulators for oily skin and dilated pores, and HA (hyualuronic acid) to tough areas like upper lips and crow’s feet. You can deliver Rogaine to the scalp and PRP (platelet-rich plasma) anywhere.” In addition, she lists the following actives, which have been the subject of studies where they were used in conjunction with fractional lasers:

Dr. Waibel is currently conducting research that involves combining the application of fat stem cells, autologous stem cells and allogeneic stem cells with fractional laser treatments, but she does not consider these procedures ready for use on patients.

“What I would like is a system that would allow me to deliver skin lightening ingredients without the risk of inflammation,” says Dr. Bucay. “That would probably require some kind of time-release delivery.”

According to a group of researchers in Shanghai, China, dissolving or biodegradable microneedles may be just what the doctor ordered. Their article in the September 2013 issue of Drug Design Development and Therapy says more study is needed, but they predict a bright future for dissolving microneedles for sustained delivery of drugs and vaccines. This technology could certainly be adapted to deliver skin lightening agents and other cosmetic preparations.