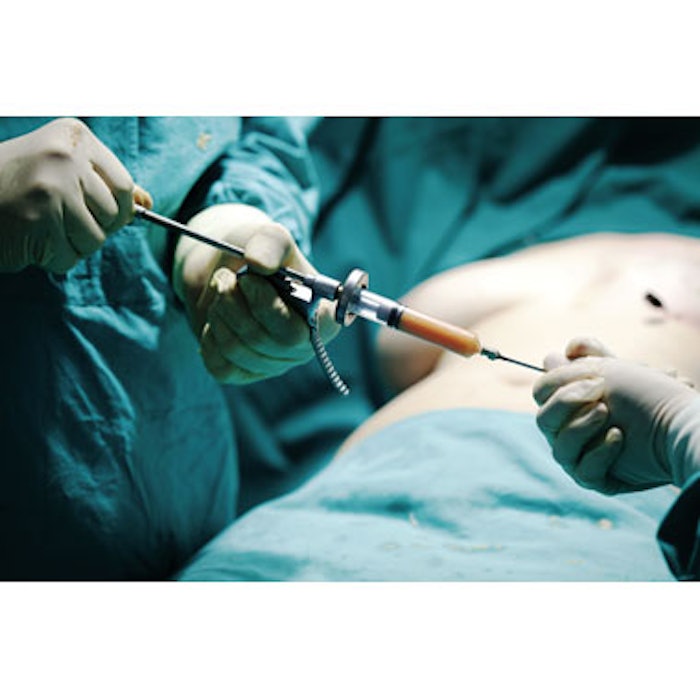 The U.S. Food and Drug Administration (FDA) is a federal agency with incredibly broad jurisdiction. For the past 100 years, the FDA’s jurisdiction has frequently expanded to the point where it now regulates nearly one-fifth of the U.S. economy, and directly impacts the lives of the American people every day. In the past 20 years, the FDA has expanded its jurisdiction into the regulation of the regenerative medicine industry and, specifically, medical treatment involving the use of a patient’s autologous cells and tissues.

In this article, we discuss recent announcements from the FDA regarding its intention to regulate doctors’ use of adipose-derived cells and tissues to treat their patients’ medical conditions. But first some background: In the code of Federal Regulations, at 21 CFR § 1271.10, the FDA has created a three-part test which explains how it will regulate human cells, tissues, or cellular or tissue-based products (“HCT/Ps”), both allogeneic (from a donor to a third-party recipient) and autologous. In short, as it relates to autologous tissue and cells, the FDA has made clear that unless the cells and tissue are a) “minimally manipulated” and b) used for a “homologous” purpose, it will subject the medical procedure to the full scope of the agency’s biological drug regulations, including a requirement for the submission of a Biologics License Application (BLA) or an Investigational New Drug Application (IND).

Both by regulation and less formal public pronouncements, the FDA has defined the terms “minimal manipulation” and “homologous use” in such a way as to encompass a wide variety of medical procedures involving the use of a patient’s own cells and tissues. On the one hand, the FDA defines “manual manipulation” as “processing that does not alter the relevant biological characteristics” of the cells or tissue. On the other hand, it defines “homologous use” as “the repair, reconstruction, replacement, or supplementation of a recipient’s cells or tissues with an HCT/P that performs the same basic function or functions in the recipient as in the donor.” In practice, the FDA interprets both definitions in the narrowest way possible.

These regulations appear to create an exception to the FDA’s jurisdiction if “you are an establishment that removes HCT/Ps from an individual and implants such HCT/Ps into the same individual during the same surgical procedure.” (21 CFR § 1271.15(b)). While the plain language of that regulation alone might appear to create a safe harbor for most autologous procedures so long as the procedure only lasts a brief duration, the FDA has made clear that time is not relevant to the analysis of whether a procedure qualifies for the safe harbor. And, as we explain in more detail below, the FDA’s interpretation of this exception is far narrower than its plain language might otherwise reveal.

In late 2014, the FDA issued three draft guidance documents explaining its own jurisdiction to regulate medical procedures involving, inter alia, adipose-derived tissue and cells, as well as the expectations it has of regulated entities. The first of the three guidance documents, issued in October 2014, outlined the agency’s position on the scope of the “same surgical procedure” exception discussed above. The second, issued in December 2014, outlined the FDA’s position regarding the meaning of minimal manipulation, as well as the types of procedures that fit within its definition of that term. The final of the three documents, also issued in December 2014, set forth its position regarding HCT/Ps derived from adipose tissue.

In order to explain how the FDA regulates the use of autologous fat in the treatment of patients, consider the following hypothetical:

Dr. Jones is a cosmetic surgeon. He claims in a variety of advertisements that by using patients’ own fat, he can cure a wide variety of his patients’ ailments and make them look younger too. The indications he treats with autologous fat and the manner by which he processes his patients’ fat will determine whether—and if so, how—the FDA regulates his practice.

Image copyright Getty Images.
[pagebreak]
Resolving this hypothetical requires us to return to the FDA’s regulatory regime and understand how it interprets concepts like minimal manipulation, homologous use and same surgical procedure.

If, like many physicians, Dr. Jones does more with his patients’ adipose tissue than simple fat grafts for cosmetic purposes, he will be subject to the full gamut of the FDA’s drug and biologic manufacturing regulations. Regardless of its ultimate use, the agency has made clear that the simple act of processing a patient’s fat in order to access the stromal vascular fraction (SVF) constitutes more than minimal manipulation of the fat and, therefore, the manufacturing of a biological drug. Why? The FDA treats fat as a “structural tissue,” and defines minimal manipulation of structural tissue as “processing that does not alter the original relevant characteristics of the tissue relating to the tissue’s utility for reconstruction, repair or replacement.” Thus, with respect to fat, any processing that changes the fat’s utility for reconstruction, repair or replacement—e.g., altering the fat’s strength, flexibility, cushioning, covering, compressibility, and response to friction and shear—will be considered more than minimal manipulation and thus subject to licensure.

The FDA explains this concept as follows:

Original relevant characteristics of adipose tissue, a structural tissue, to pad and cushion against shocks generally include its bulk and lipid storage capacity. A manufacturer recovers adipose tissue by tumescent liposuction and processes the adipose tissue to isolate cellular components [SVF] … The HCT/P generally is considered more than minimally manipulated because the processing breaks down and eliminates the structural components that provide cushioning and support, thereby altering the original relevant characteristics of the HCT/P relating to its utility for reconstruction, repair, or replacement.

Dr. Jones may also be subject to FDA BLA/IND requirements even if he processes his patient’s fat in such a way that does not alter the fat’s original relevant characteristics. Indeed, even if Dr. Jones only subjects the fat to a “low speed centrifuge” to remove blood and extracellular fluid (processing the FDA actually deems to constitute minimal manipulation), the procedure will still be subject to BLA/IND if the HCT/P is used for a non-homologous purpose.

In its final draft guidance document, the FDA describes adipose tissue used to “cosmetically fill voids in the subcutaneous space in the face or hands” as a homologous purpose, because the tissue is being used for the same purpose (“to support the subcutaneum”) prior to removal and upon administration. However, when that same fat is used to treat bone and joint disease or for breast augmentation, the use is non-homologous. With respect to breast augmentation, the FDA has explained as follows:

The breast is composed of lobes of glandular tissue and branching ducts, interspersed with fat and ligaments that support the breast and give it shape; and nerves, blood vessels, and lymphatic tissues. The basic function of breast tissue is to produce milk after childbirth. Because this is not a basic function of adipose tissue, using HCT/Ps from adipose tissues for breast augmentation would generally be considered a non-homologous use.

Although not specifically addressed in the FDA’s most recent draft guidance documents, the agency would likely take this same position if the adipose tissue or SVF was used to treat more complex medical conditions, such as ALS, MS, Parkinson’s Disease, Alzheimer’s Disease, cardiac indications and a multitude of others. Likewise, although not specifically addressed in these draft guidance documents, the FDA would take this position regardless of the type of device used to process the adipose tissue.

Image copyright Getty Images.
[pagebreak]
To summarize, understanding how the FDA will regulate autologous adipose tissue requires a detailed analysis of the facts and circumstances surrounding any given procedure. In most cases, the analysis will conclude upon review of the processing of the tissue, as the FDA’s standard for minimal manipulation of structural tissue is exceedingly low. The remaining cases will require a review of how the autologous fat will be used, as any purpose inconsistent with “cushioning or support” will generally be deemed to be non-homologous and thus subject to licensure.

For physicians, one critical question remains: If these recently issued guidance documents are still in draft form, do doctors need to comply with them?

Resolving this question requires us to separate the form of the guidance documents from their substance. In terms of their form, guidance documents (whether draft or final) are not regulations. They do not carry the force of law, and merely represent the FDA’s current thinking on a particular topic. As such, the FDA cannot base an enforcement action on the violation of a guidance document, and in that very limited way, guidance documents themselves do not need to be complied with.

However, the substance of a guidance document is a very different matter. To be sure, guidance documents are designed to encourage public dissemination of the agency’s policies prior to actual application and allow for long-range planning within the regulated industry. In that way, guidance documents encourage early compliance and help entities avoid regulatory “sneak attacks” by the FDA.

Finally, it should be noted that FDA regulations permit industry members to participate in the development and finalization of guidance documents, and the three draft guidance documents discussed in this article are no exception. Thus, if a doctor believes that the FDA got an issue wrong—for instance, its position that the sole purpose of a female breast is to produce milk, regardless of the woman’s age—the doctor should submit a comment to the FDA articulating his objection. Not only is the FDA required to address the doctor’s comment in a meaningful way, but its failure to do so could impact its ability to rely on a guidance document (or the substance articulated in the guidance document) in subsequently pursued enforcement actions.

Prior to the issuance of these draft guidance documents, the FDA issued warning letters to several companies in the United States that were treating their patients’ medical conditions using SVF. These warnings were based on statements and documents dating back to 1997, which forecast the FDA’s position on this issue. In response, some doctors took their medical procedures offshore. For those who remain, the FDA has made clear that treating patients using adipose-derived tissues and cells—outside of the draft documents’ criteria—is a “bet the practice” proposition. Given the issuance of these draft guidance documents, FDA enforcement actions should be expected soon.

Andrew S. Ittleman, Esq., is an attorney with Fuerst, Ittleman, David & Joseph, specializing in healthcare regulation. Contact him at www.fuerstlaw.com.