Endo Announces Positive Data from Study of CCH for Cellulite 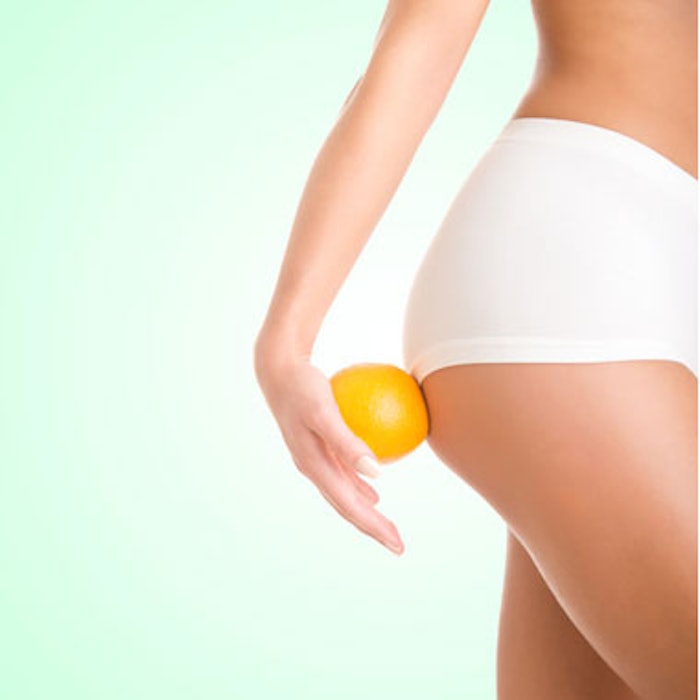 Results of an earlier Phase 2a trial of CCH for the treatment of cellulite demonstrated that three doses—low (0.06mg), mid (0.48mg) and high (0.84mg)—showed improvement in the appearance of cellulite as measured by investigator and patient scores on the Global Aesthetic Improvement Scale (GAIS), which was adapted for use in cellulite. The mid and high dose groups demonstrated a statistically significant improvement in the appearance of cellulite (p < 0.05) compared to placebo. In the mid and high dose groups, 68% of patients reported being “Satisfied” or “Very Satisfied” with their results, compared to 34% of those randomized to placebo.

This most recent trial enrolled 375 women with moderate or severe cellulite, ages 18 years or older in the U.S. Each subject received up to three treatment sessions of CCH (0.84mg per session) or placebo, with each treatment session occurring approximately 21 days apart. Twelve injections were administered into cellulite dimples during each session across an entire treatment quadrant: left or right buttock, or left or right posteriolateral thigh. Cellulite severity was assessed at baseline and 28 days after the last treatment by each patient and clinician using two photonumeric cellulite severity scales, ranging from 0 (no cellulite) to 4 (severe cellulite).

Subjects receiving CCH showed statistically significant levels of improvement in the appearance of cellulite with treatment (p < 0.001) compared to placebo. A highly significant proportion of CCH subjects reported being “Satisfied” or “Very Satisfied” with their treatment compared to placebo subjects; a significant proportion of CCH subjects were also reported as “Improved,” “Very Improved” or “Very Much Improved” in the global appearance of their cellulite area as assessed by the subjects and investigators. The injections were well tolerated in the actively treated subjects, with most adverse events (AEs) being mild to moderate in severity, and primarily limited to the local injection area.

“We believe these data further reinforce our belief that CCH could be a potential treatment option for those with cellulite and we look forward to working with the FDA to efficiently and effectively advance our development of the program into Phase 3,” said Susan Hall, PhD, executive vice president, chief scientific officer and global head of R&D at Endo.