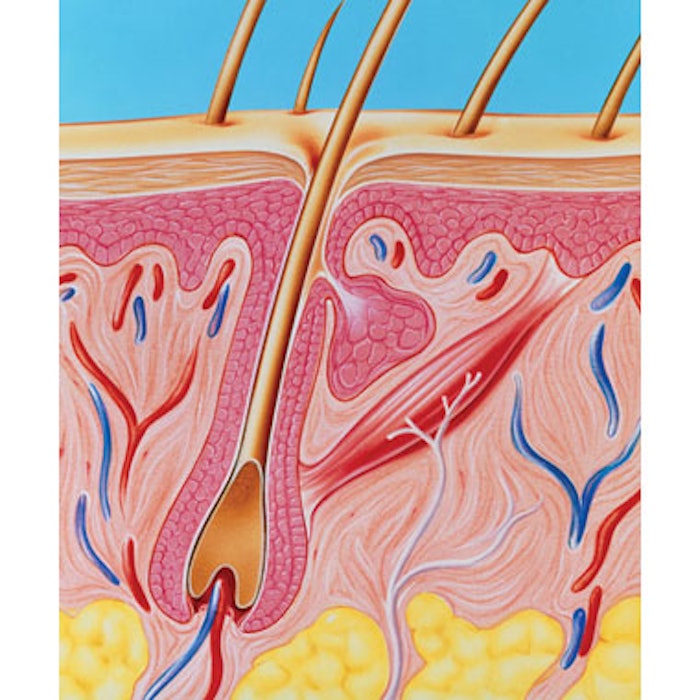 For close to a decade, R. Rox Anderson, MD, PhD, and Fernanda Sakamoto, MD, of the Wellman Center for Photomedicine in Boston have been working to develop a laser that can permanently destroy sebaceous glands, offering a potential cure for acne. “If you look at the sebaceous glands, you don't see any pigment in them, yet there are wavelengths in the infrared range where the lipids—the wax esters that are in the gland, in particular—have stronger absorption than the surrounding tissue,” Dr. Anderson explained to MedEsthetics back in 2010. “We don’t see the sebum as having pigment, but if we could see in infrared, we would see pigment there.”

Drs. Anderson and Sakamoto worked with the free electron laser at the Jefferson National Accelerator in Newport News, Virginia, to determine the appropriate wavelengths to target sebum. “We were able to show that powerful optical pulses at a wavelength of around 1,720nm, when delivered in combination with pretty aggressive cooling at the surface of the skin, were able to selectively injure the sebaceous gland,” said Dr. Anderson.

The next steps were to pinpoint the wavelength, fine-tune the fluence to address the differential sebum to water absorption and develop a robust cooling system to prevent epidermal burns. Now, a prototype has been created.

At the American Society for Laser Medicine and Surgery (ASLMS) conference in March, Drs. Anderson and Sakamoto along with Emil Tanghetti, MD, presented their work on a prototype 1,726nm laser device, which features an advanced temperature-monitoring and cooling system.

Dr. Sakamoto explained that the absorption by lipids is only about 30 percent higher than water, thus necessitating a very narrow therapeutic fluence range. Additionally, the absorption by both water and lipids requires aggressive cooling to protect the epidermis.

To address this, the researchers created a high-velocity, high-turbulence air-cooling system with a thermal camera that provides real-time temperature monitoring. “In targeting sebaceous glands with a 1,726nm device, the very narrow therapeutic window requires consistent, accurate and controlled cooling for successful treatment,” said Dr. Tanghetti, who presented the outcomes of a 10-patient study using the precision air-cooling system with the 1,726nm laser. He was able to monitor skin temperature throughout the treatment, resulting in destruction of sebaceous glands without epidermal damage.

“We have a pulsing strategy that tells us if the next pulse will bring the temperature too high, and we can turn it off,” he said, noting that the specially designed cooling and monitoring system could have use for other laser devices and indications as well.

The researchers are continuing with human studies to verify treatment parameters and long-term outcomes, but are heartened that histology has shown destruction of the sebaceous gland with no obvious damage to the surrounding dermis or other follicular structures. If the research continues to go well, Dr. Sakamoto estimates the new laser could be moving toward commercialization in the next two years.