Protocols for treating visible veins in the legs, face and chest. 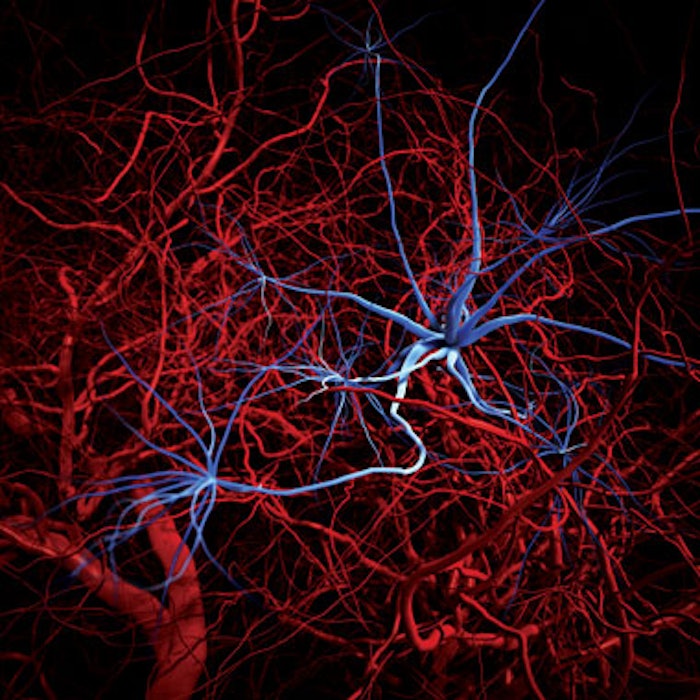 Varicose and spider vein treatment is a vast field that is increasingly finding its way into cosmetic practices. Though many agree on which treatment modalities are effective, each physician has his or her own preference when it comes to selecting treatment tools for specific indications and providing post-care instructions.

“There’s no such thing as a cure at all,” says Torrance, California-based dermatologist David M. Duffy, MD. “It’s a maintenance situation for both small vessels and varicose veins. Repeated treatments may be necessary over the years.”

Visible Veins on the Legs

Varicose veins are, in many cases, a wound healing abnormality with a strong genetic component, says Dr. Duffy. Humans acquired the ability to grow vessels quickly as a wound healing capability, and varicose veins occur in those people who make too much vascular tissue.

While modalities such as ambulatory phlebectomy, foam sclerotherapy and endovenous lasers are all commonly used to treat varicose veins in the legs, opinions vary on which procedures are best for specific indications.

Neil Sadick, MD, of Sadick Dermatology in New York, offers all three modalities and selects treatment based on vein size. “For medium-sized varicose veins we use foam sclerotherapy, and if they’re large veins we use ambulatory phlebectomy,” he says. “If the patient has problems with reflux in the greater lateral saphenous vein, at this time, we’re using the endovenous laser.”

Dr. Goldman co-invented the 1320nm CoolTouch CTEV laser for endovenous ablation of larger varicose veins. “If the great saphenous vein or the small saphenous vein—which are very large truncal veins—are abnormal, I treat those with the endoluminal CTEV laser treatment. If they’re non-truncal veins, those I’ll usually treat with either ambulatory phlebectomy or foam sclerotherapy,” he says.

Conversely, Dr. Duffy prefers to treat larger veins with polidocanol foam sclerotherapy, though he agrees that endovenous lasers, radiofrequency devices and other methods can be effective as well. “My favorite is Asclera; I use it almost exclusively,” he says. “Foam is really good for large vessels: It’s inexpensive and works very well. But there are some problems with it too, having a lot to do with its potency. You have to be a little careful with it.”

He points out that treating these larger veins usually yields fast results, but patients may experience streaks of pigment or small clots that often need to be drained, though they are not dangerous.

At RGV Cosmetic Surgery & Vein Care in Texas, Filiberto Rodriguez, MD, FACS, treats varicose leg veins with a combination of endovenous ablation—specifically the 1470nm laser from Total Vein Systems—and micro-phlebectomy. “The endovenous laser is a very well-tolerated procedure and it’s highly reproducible. The higher wavelengths (such as the 1470nm or the 1320nm CoolTouch) target the water rather than the red blood cells and are associated with less bruising and less discomfort, which is why we like it for saphenous vein ablation,” he says. “Then for the remaining varicose veins, we prefer the micro-phlebectomy procedure where we do tiny little needle sticks and gently tease out the vein with no staining, minimal bruising and no scarring.”

Image copyright Getty Images.
[pagebreak]
Micro-phlebectomy requires about three to four sessions per leg, and Dr. Rodriguez prefers it to sclerotherapy for the larger varicose veins and reticular veins because there is no risk of potentially permanent staining. He points out that by destroying the larger varicose veins with endovenous ablation and phlebectomy first, the remaining spider veins will often begin to dissipate on their own. “A lot of the spider veins will have disappeared by themselves because you’ve treated the real problem: You’ve eliminated the river that’s been feeding them,” he says.

“If someone comes in with a family history of varicose veins, aching legs and some varicosity, I know treating the little spider veins won’t be enough—we’re going to have to get rid of the source of that reflux,” agrees Dr. Duffy.

When it comes to the remaining spider veins in the legs, or telangiectasia, the consensus is that sclerotherapy is the most effective modality, with noninvasive lasers working only for the tiniest of veins.

In an online article for Dermatologic Surgery (June 2010), Dr. Goldman noted that “… sclerotherapy is a ‘controlled’ thrombophlebitic reaction. Therefore, the main principle is to produce the least amount of inflammation. Minimizing inflammation by injecting the vessel with the minimal effective sclerosing concentration will avoid the risk of initiating the formation of new telangiectasias around the edge of the treated area.” When he uses foam sclerotherapy for spider veins, he works with a 1:4 ratio of polidocanol solution to air.

“A spider vein is defined as a vein less than 1mm in diameter; I would use polidocanol 0.25% to 1% solution to treat veins of that size,” says Dr. Duffy, adding that treating telangiectasia takes multiple sessions—even with strong solutions—and results may take place over a number of months.

“If you get a spider vein that’s so small that you can’t put a needle in it, that’s when you use a noninvasive laser,” says Dr. Rodriguez.

When a vein is too tiny for sclerotherapy, Dr. Sadick turns to the excel V (Cutera), a tunable 532nm/1064nm laser platform.

Typically, visible veins in the face are treated with Intense Pulsed Light (IPL), pulsed dye laser, or a 532nm or 1064nm Nd:YAG noninvasive laser, again depending on size and location.

“Visible veins on the face, especially the red ones, are not actually veins—they’re coming from the arterial system so lasers are best,” says Dr. Goldman. “I use the Lumenis M22 Intense Pulsed Light, or the Cynosure Cynergy or Candela V-Star 595nm pulsed dye laser for red facial veins.”

“The 532nm laser is more for diffuse redness throughout the face or discreet telangiectasia. The 1064 Nd:YAG is more for the deeper vessels—those periorbital veins,” says Dr. Rodriguez. “The nice thing is that 1064 divided by 2 is 532, so a lot of the lasers offer you both modalities.” He prefers the 1064nm laser because it offers the added benefit of neo-collagen synthesis.

Sclerotherapy is typically not indicated for facial veins due to the risk of skin necrosis. “I never inject sclerotherapy for veins around the eyes—that’s a recipe for disaster. You can make someone blind doing that; you don’t inject chemicals into those veins,” Dr. Rodriguez says. Instead, he performs a micro-phlebectomy for periorbital veins that are larger than normal.

“If temple veins around the eyes are big enough, it’s actually a straightforward procedure to do a micro-phlebectomy. It’s not typical because usually those veins aren’t that big, but every once in a while you get some that are,” he says. “We don’t really ever treat inside the orbital rim, however, because that’s just too dangerous.”

Dr. Duffy will occasionally use injections to treat facial veins, though he notes that it can be risky and depends on the size and location of the vein in question. “Injections work best for vessels over 1mm in diameter. Though that’s an area of conflict—there’s a lot going on and nobody completely agrees,” he says.

Veins in the Chest

Similar to telangiectasia in the legs, the modality of choice for chest veins is sclerotherapy for more prominent veins and the 532nm/1064nm noninvasive laser for those too small to inject. “Veins on the chest respond very easily to foam sclerotherapy using either Sotradecol (sodium tetradecyl sulfate) or Asclera (polidocanol),” says Dr. Goldman.

Dr. Rodriguez and Dr. Duffy prefer laser treatments for telangiectasia in the chest, but when it comes to larger veins often associated with breast augmentation, they turn to sclerotherapy as well. “Prominent veins on the breast that sometimes come up after breast augmentation are challenging, and if a needle can fit in it, sclerotherapy is the way to go,” says Dr. Rodriguez. “Sclerotherapy will work and the vessels are small enough that they shouldn’t stain.”

“Generally a laser is the better choice above the waist for small vessels,” says Dr. Duffy. “But when women get implants, the veins get bigger because of it. Injections are in my view the best treatment for breast veins. I’ve had great luck with that.”

Aftercare for vein procedures varies based on the original concern, treatment modality and the patient’s lifestyle.

For leg veins Dr. Sadick uses gentle 16mm to 18mm compression hose, and he recommends that patients avoid sun exposure for a few weeks after facial and chest vein treatments.

Dr. Rodriguez also counsels patients to avoid sun exposure following facial vein treatment and hydrates skin to speed healing. “After the treatment’s done, we apply a moisturizing mask and we have the patients wear sun block,” he says. “For the legs, on the other hand, we wrap them in an Ace wrap overnight, and they take that off in the morning. Then we recommend that patients use compression hose with a minimum of 15mm to 20mm of mercury compression.”

When treating patients who are on their feet for prolonged periods of time, Dr. Rodriguez recommends compression hose “almost all the time, because they have vein disease. Veins are like weeds—we can treat the veins you have, but that doesn’t mean new ones won’t crop up over the next few years,” he says.

Image copyright Getty Images.
[pagebreak]
Dr. Goldman recommends compression stockings that are twice as strong—30mm to 40mm of compression—and has all patients wear them for 24 hours a day for a week following leg vein procedures. “That’s seven days: morning, noon and night. They don’t take them off at all for any reason. So patients wear them in the shower, while they sleep—everything,” he says.

While Dr. Duffy agrees that postprocedure compression for varicose veins is important, he points out that there are some cases where it isn’t a great option. “Compression is a pretty good idea for most patients, but not for those who have foot problems like bunions, because they squeeze harder on the feet and toes,” he says. “Patients with diabetes or arterial insufficiency should be carefully evaluated because the pressure on the feet and toes can compromise circulation.”

In some of these cases, he opts to compress large vessels in small areas with heavy-duty tape and cotton balls. For spider veins, Dr. Duffy has his patients wear 15mm to 20mm compression hosiery for a week, and overnight on the first night if they aren’t too uncomfortable. “I tell them to walk like mad and to call me if they have a lot of pain or discomfort, or crusting,” he says. “But you really have to size them up one at a time. You’re looking at an enormous field with all of these variables, and everyone who does it has a different style.”

Low-level light therapy is a proven, effective, and safe treatment for hair loss, which impacts both men and women. The Celluma RESTORE is a non-invasive, non-toxic option for clinical and at-home use.
Oct 5th, 2021
Events