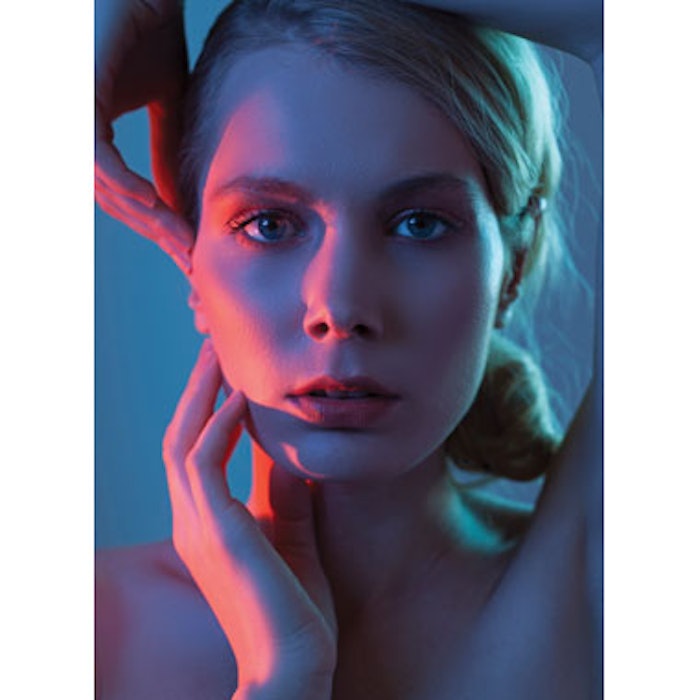 In medical aesthetics, there are a wide variety of treatments geared toward reducing wrinkles and replacing lost volume. But what we have learned over the years is that pigmentation problems are, in fact, one of the most noticeable signs of aging.

Whether your patient suffers from melasma, UV-related hyperpigmentation or post-inflammatory hyperpigmentation, the key to offering relief is to help them understand that treatment will require both in-office procedures and consistent home care, and that results will be gradual. Adding to the challenge of patient satisfaction is the fact that pigmentation problems are often chronic and recurring.

“One can think of melanocytes in the areas of hyperpigmentation or melasma as being preprogrammed to produce extra pigment/melanin,” says Anetta Reszko, MD, PhD, assistant professor of dermatology at Weill Cornell Medical College and owner of New York Skin Institute in New York City. “Most of the treatment modalities remove extra pigment, but since the cells are preprogrammed to make increased amounts, the pigment frequently comes back.”

The most common cause of hyperpigmentation is sun damage. For patients with UV-related dark spots, Gregory Nikolaidis, MD, of Westlake Dermatology in Austin, Texas, recommends laser resurfacing or chemical peels. “My most popular treatment for lentigines is the Fraxel DUAL combination 1550nm/1927nm erbium fractionated laser,” he says. “I also like chemical peels—anything from a modified Jessner’s, like the SkinMedica Vitalize Peel, to a TCA peel.”

For scattered lentigines on patients with fair skin he applies spot treatments using chemical peels or laser. “With skin types IV or darker, I’m less apt to do a spot treatment because it tends to show up more, and if I do a peel treatment then I counsel those patients that there is a high likelihood that they’re going to have some temporary post-inflammatory hyperpigmentation,” says Dr. Nikolaidis.

Improvement can be seen after the first session, but most patients will see results after two to three treatments. While the longevity of the results will depend on patients’ age and how much time they spend outdoors, Dr. Nikolaidis finds that results of in-office treatments typically last one to three years when combined with proper home care.

He counsels patients to avoid excessive sun exposure and use sun protection when outdoors to prevent recurrence. “Some patients like to come in once a year for ‘refresher’ laser treatments or chemical peels,” he says.

Jeffrey S. Dover, MD, of SkinCare Physicians in Boston also finds laser treatments most effective for lentigines, noting that success often depends on the area of the body being treated. “Q-switched lasers, intense pulsed light and fractional nonablative Thulium lasers as well as other superficial fractional nonablative devices are highly effective treatments,” he says. “Facial lesions respond best, and results are less impressive the further you move from the face. The neck and chest do fairly well, arms slightly less well and the legs are somewhat more stubborn.”

Photo copyright Getty Images.
[pagebreak]
Patients who do not want to undergo laser or chemical peel treatments and those for whom these treatments are contraindicated can use a topical-only regimen, though Dr. Dover notes that it takes longer to lighten lentigines this way. “Topical treatment is highly effective, but it takes one to two years to achieve the best possible result,” he says. “Hydroquinone is effective, either alone or in combination with tretinoin, and triamcinolone—Kligman’s Formula—is also effective.”

When treating lentigines with skin-brightening topicals only, Dr. Nikolaidis finds that they rarely get rid of sun damage entirely. “Lentigines can be lightened to a certain extent with different topical agents, such as tretinoin and retinol, and hydroquinone or hydroquinone precursors like arbutin. You can even use topical vitamin C or azelaic acid,” he says. “But if you’re going for complete removal, you’re not going to get that with topical agents—you’re just going to get some degree of lightening.”

It is a challenge that formulators are looking to overcome. “Melanin production is mediated via the enzyme tyrosinase in a multi-step pathway, producing melanin that is packaged and exported out of the melanocyte cell to neighboring keratinocytes. The collections of darkened keratinocytes are seen as areas of hyperpigmentation,” says Barbara Green, vice president of clinical research for skincare company NeoStrata. “Each step in the pathway represents a potential target for brightening formulations.”

To increase the efficacy of topicals, NeoStrata and others are formulating lines with multiple skin lightening ingredients, each designed to affect a different step in the melanin production process. Ingredients in NeoStrata’s Enlighten line include patented NeoGlucosamine, a tyrosinase inhibitor and non-acid exfoliant, and SabiWhite, a brightening/antioxidant ingredient found naturally in the spice turmeric. “With continued use, we have seen in multiple clinical studies that obvious brightening starts to occur at six weeks and is much stronger by 12 weeks and 16 weeks,” says Green.

Though there are several effective skin lightening ingredients on the market, one of the most effective topicals to reduce hyperpigmentation remains sunscreen. “Diligent use of sunscreen and avoidance of sun exposure is essential for maintaining an even complexion,” says Green. “Clinical studies of up to six months have shown that with continued use, there is continued benefit. Additionally, an occasional professional peel can significantly boost brightening effects.”

Dr. Reszko uses Clear + Brilliant Perméa (Valeant) 1927nm laser treatments in combination with a topical blend of retinoids, hydroquinone and a mild steroid for her melasma patients. “I usually recommend pretreatment with topicals—including retinoids and bleaching agents like hydroquinone, kojic acid and/or arbutin—for about a month prior to laser treatments. Patients typically require a series of two to five treatments, usually a month apart,” she says. “The Clear + Brilliant Perméa is my favorite because there is minimal downtime—patients experience one day of redness and a burning sensation, and dryness and peeling for about five to seven days post-treatment.”

Additionally, Dr. Reszko finds superficial microneedling to be effective for treating melasma. “Microneedling up to 2mm causes superficial injury to the skin, and healing mechanisms remove pigment as skin heals,” she says. “Several treatments are required for optimal benefits in this case as well.”

At Westlake Dermatology, Dr. Nikolaidis and colleagues use PicoSure (Cynosure) or Fraxel (Valeant) treatments, but only in cases with very resistant melasma. “I tend to stay away from laser treatments to treat melasma. The issue is that although some lasers are FDA approved to treat melasma, it’s not uncommon for them to make it worse,” says Dr. Nikolaidis. “They are my last line of treatments for melasma. If I do use lasers, I tend to use them at lower energies and densities than I would to treat actinic damage.”

Photo copyright Getty Images.
[pagebreak]
He prefers instead to apply topical treatments first, opting for Cosmelan 2 by mesoestetic and Lytera by SkinMedica. “Cosmelan 2 is an at-home treatment patients can use; it’s primarily arbutin, which is a hydroquinone precursor, and it also has phytic acid and azelaic acid,” he says. “I recommend Lytera for patients who can’t tolerate Cosmelan (because it’s a bit strong). It’s a combination of vitamin C, niacinamide, tetrahexyldecyl ascorbate, retinol, squalane—a number of agents that help lighten the skin.”

Both products will cause some peeling, which is why Dr. Nikolaidis favors them over hydroquinone and retinol alone, though he stresses that his choice of treatment depends on the severity of the hyperpigmentation.

In cases where melasma or hyperpigmentation is severe, he graduates to a stronger in-office Cosmelan treatment. “I apply a Cosmelan mask in the office that the patient washes off eight to ten hours later, and then I have them use a Cosmelan 2 product once or twice daily for the next three months at home,” says Dr. Nikolaidis. “It’s generally going to be topical creams first, the next thing would be Cosmelan masks. After that, I would consider light chemical peels and then potentially either a light Fraxel or PicoSure treatment.”

For his patients, results with the mask are visible within a couple of weeks, while the topicals alone will yield a better complexion after six to eight weeks. After the melasma is cleared, results will last as long as the patient wears sunscreen and maintains a continuous lightening skincare regimen. “Once you’ve gotten patients where they want to be with the stronger treatments, then you can maintain results with something like the SkinMedica TNS Essential Serum, which is a 2% arbutin product and an all-in-one growth factor, antioxidant and lightening serum,” says. Dr. Nikolaidis.

He warns that the melasma will come back after even one day in the sun without protection. “I counsel my patients with melasma that there is no cure; it’s an ongoing maintenance of sun avoidance and protection, and some type of lightening agent,” he says.

Dr. Dover agrees that, in general, the darker the skin type, the higher the risk of pigmentation problems. “With all of these conditions, light skin types are easier to treat than darker skin types. Skin types I to II do best, III is slightly more difficult and IV is a challenge,” he says.

With that in mind, selecting a modality to treat PIH depends on what caused it in the first place. “It’s not uncommon to develop hemosiderin deposition after a lower lid blepharoplasty or even a liposuction. Those can be treated with a Q-switched or PicoSure tattoo removal laser because the hemosiderin essentially acts like tattoo pigment would within the skin,” says Dr. Nikolaidis. “On the other hand, with post-inflammatory laser or chemical peel hyperpigmentation I’m going with topical cream—again, Cosmelan and/or Lytera.”

Photo copyright Getty Images.
[pagebreak]
Dr. Dover points out that PIH is particularly difficult to treat because there is a risk of making it worse; he too opts for topical treatments to err on the side of safety. “For the most part, hydroquinone is marginally effective, as is Kligman’s formula,” he says. “High energy Q-switched lasers and IPL sometimes produce temporary improvement but in the end can make this condition worse. Low fluence Q-switched lasers, especially the Q-switched Nd:YAG laser, have shown some early promise.”

Dr. Nikolaidis is reluctant to use laser treatments for PIH because overshooting means starting over, which is especially frustrating—for both the patient and the provider—as laser- or peel-related PIH typically resolves on its own. “What you’re doing with topical agents in those cases is shortening the duration of what would happen naturally,” he says. “The main thing that I’ve learned over the last 15 years is that patience is a virtue. Try not to move the needle too quickly with hyperpigmentation; it’s more about slow improvement over time rather than trying to get an immediate, drastic reduction.”

Here are 11 external marketing opportunities to bring a steady flow of patients to your practice or medspa.
Oct 7th, 2021

Help your patients get the most out of every single procedure to ensure a positive experience and enhanced results.
Sep 3rd, 2021
Events