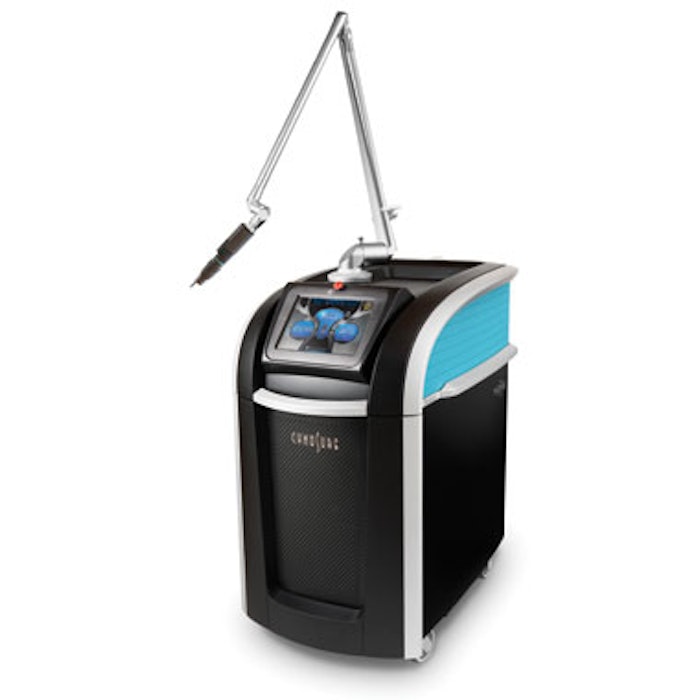 Laser manufacturer Cynosure has received U.S. Food and Drug Administration (FDA) 510(k) clearance to market its PicoSure picosecond laser for the removal of the full spectrum of tattoo inks as well as pigmented lesions.


The device’s new 1064nm wavelength aids in removal of black and other dark tattoo inks and complements the system’s existing 532nm and 755nm wavelengths. It will be offered as an upgrade to existing PicoSure customers, and initial shipments of the new 1064nm laser delivery system are expected to begin in the second half of 2016.


The clinical experience with PicoSure was the subject of 11 oral abstracts and three ePosters during the recent American Society for Laser Medicine & Surgery Annual Conference in Boston. In addition to tattoo removal and skin revitalization, researchers reported on studies evaluating PicoSure as a treatment for melasma.


“PicoSure is widely recognized by aesthetic practitioners for its unsurpassed clinical efficacy and proven performance,” said Michael Davin, CEO of Cynosure. “Consumers simply know it works. With the FDA clearance of the 1064nm Laser Delivery System we believe our picosecond technology has the broadest range of clearances on the market. The new wavelength builds on our aesthetic industry leadership and expands PicoSure’s versatility for tattoos, pigmentation and skin revitalization.”