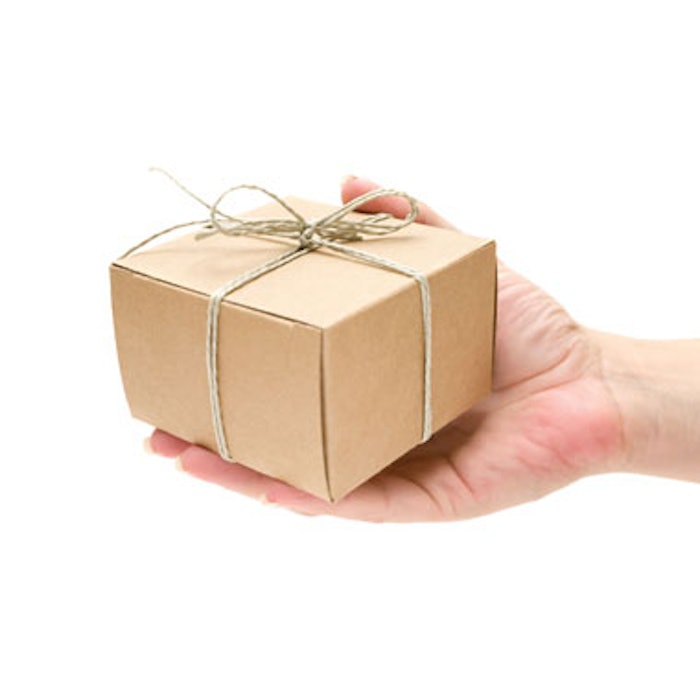 The federal Anti-Kickback Statute ("AKS") prohibits soliciting, offering, giving or receiving remuneration in exchange for referrals for items or services covered by federal healthcare programs unless the arrangement fits within a regulatory exception. Gifts of nominal value are generally acceptable. However, there is no definition of what is meant by nominal. The AKS does not expressly apply to referrals for private pay business, but the Office of the Inspector General, Department of Health and Human Services (OIG), has warned that offering remuneration to obtain private pay referrals may also induce federal program business and thereby violate the AKS. Offering gifts to induce or reward private pay business may also violate state laws prohibiting kickbacks, rebates and/or fee splitting.

The federal Stark Law, also known as the physician self-referral law, prohibits referrals between physicians and entities with which they have a financial interest. Giving and receiving gifts can constitute a financial relationship. Stark does contain a limited exception that allows an entity to give unsolicited nonmonetary gifts (not cash or cash equivalents) of up to approximately $300 per calendar year, which is adjusted annually for inflation, if the gift does not take into account the business generated by the physician and otherwise does not violate the AKS (i.e., not one purpose of the gift is to generate or reward referrals). Medical staff gifts have a limit of $25 per gift, adjusted each year, with no aggregate limit. In addition, the gift may not be solicited by the physician or your staff.

Other rules under the Stark Law include: (a) amount of the gift cannot be determined in a manner that takes into account the volume or value of referrals; (b) the gift must not violate the AKS; and (c) cash and cash equivalents are strictly prohibited, as are gifts or free items offered to group practices (e.g., medical equipment), even if the thresholds are not exceeded in the aggregate. Particularly suspect are gifts given after each referral, or after a particularly successful referral. Some state statutes also contain mini-Stark Laws that prohibit similar actions.

In short, you should not give or accept gifts to or from referral sources (especially those referring federal program business) unless the gift is truly nominal, is clearly and completely unrelated to past or future referrals or is very unlikely to influence referrals.

The AKS also applies to gifts offered by vendors. The statute prohibits providers from soliciting or receiving gifts as a reward or in exchange for referring federal program business to the vendors. As with other gifts between referral sources, you should not accept gifts of more than nominal value if you have referred or may refer federal program business to the vendor. Such gifts may also trigger reporting requirements under Sunshine Act regulations.

Part of the Affordable Care Act (ACA), the Physician Payments Sunshine Act requires pharmaceutical companies and durable medical equipment suppliers to report gifts to physicians in excess of $25 to the Centers for Medicare and Medicaid Services (CMS).

In August 2018, the California State Senate passed SB 790 that would restrict pharmaceutical companies from giving gifts and incentives to medical professionals. If the bill becomes law, it will prohibit companies from providing flights, travel and speaking fees, entertainment, consulting payments or other financial benefits to healthcare providers.

The bill's sponsor, Senator Mike McGuire, stated, “There’s a reason why doctors answer the call to practice medicine—to help people in their time of need. But growing evidence reveals that financial relationships between some physicians and pharmaceutical companies confirm what has been suspected—financial incentives change minds.”

He points to the rising costs of prescription drugs and the excessive number of gifts taken by California-based physicians, which he puts at more than $1.4 billion in 2014 alone, as the reason for the legislation.

Opponents, including Senator Ted Gaines and Senate Minority Leader Patricia Gates, believe its passage will limit Californians' access to experimental drugs and deter California-based doctors from participating in clinical trials.
As drafted, this bill looks like it would only apply to drug manufacturers and prescribed medications, not device manufacturers. Interestingly, it includes a provision that says if the Sunshine Act is repealed, the state will enact a similar provision to disclose payments.

SB 790 is a combination of Vermont’s and Minnesota’s gift ban laws. It explains what allowable expenditures are and then carves out certain exceptions from the “gift” definition (e.g., samples, reprints, scholarships, rebates, etc.). Under the legislation as currently drafted, a “gift” is defined as:

Allowable expenditures include: payment by a manufacturer of a prescribed product to the sponsor of a significant educational, medical, scientific or policy-making conference or seminar, provided that the payment is not made directly to a healthcare professional or pharmacist.

The bill passed the Senate by a 23-13 vote and now heads to the California Assembly. If it passes, it will then go to the governor’s desk for signature.

Aesthetic providers who offer only elective cosmetic procedures are in an interesting position in that federal regulations, such as the AKS and Stark Law, focus on providers who accept Medicare, Medicaid or other public funding. But many state laws extend to all healthcare providers. Keep in mind also that these regulations are based on ethical concerns that extend to all medical professionals. Whether a patient is paying for care with cash, private health insurance, Medicaid or Medicare, physicians should consider only what is in the best interest of the patient when prescribing care and providing referrals.

To preserve the trust that is fundamental to the patient-physician relationship and public confidence in the profession, physicians should:

(a) Decline cash gifts in any amount from an entity that has a direct interest in physicians’ treatment recommendations.
(b) Decline any gifts for which reciprocity is expected or implied.
(c) Accept an in-kind gift for the physician’s practice only when the gift:
1. Will directly benefit patients, including patient education
2. Is of minimal value
(d) Academic institutions and residency and fellowship programs may accept special funding on behalf of trainees to support medical students’, residents’ and fellows’ participation in professional meetings, including educational meetings, provided:
1. The program identifies recipients based on independent institutional criteria.
2. Funds are distributed to recipients without specific attribution to sponsors.