Understanding the unique anatomical characteristics of the male face is key to providing the best aesthetic outcomes with fillers and neurotoxins. 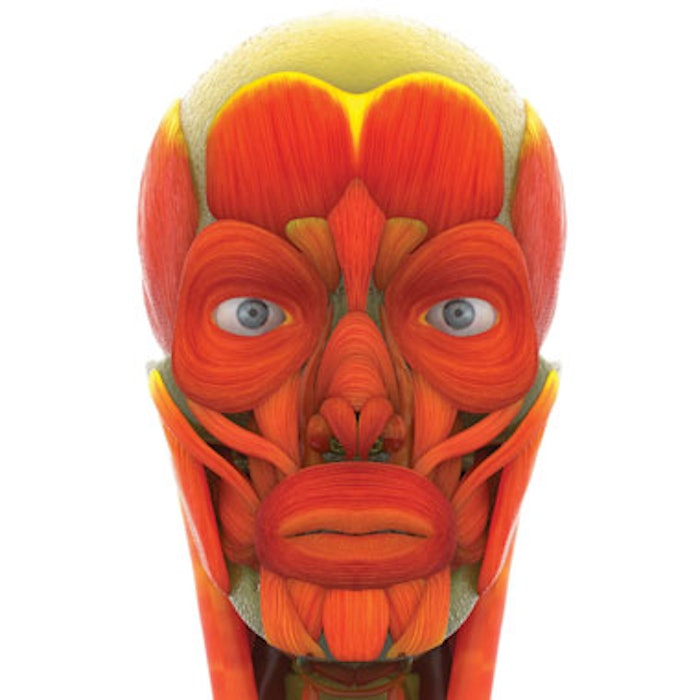 An angular jaw with a prominent chin, eyes framed by a smattering of smile lines and a full brow—the male aesthetic ideal is distinctly different than the soft curves, arched brow and high cheekbones sought by female patients. Yet men do share the same desire as women to put their best faces forward, and by understanding their unique anatomical attributes you can use your existing range of injectables to deliver the subtle improvements they are seeking from their aesthetic providers.

“In terms of the anatomical difference, the male face is completely different from the female face,” says Terrence Keaney, MD, of W for Men at the Washington Institute of Dermatologic Laser Surgery in Washington, D.C. “The male face is larger and it’s also shaped differently. Men have a more prominent brow projection. They have a larger supraorbital rim, and the male eyebrow tends to sit flatter and lower. The cheeks and midface are flatter, and men tend to have a wide jaw and wide chin. Their faces are boxier and flatter in general.”

It’s this angular shape that providers need to preserve to avoid feminizing their male patients’ appearances. “The brain reads feminine as being curved, soft and round, and the brain reads male when we see angles and sharpness, so we want to maintain those angles in our male patients,” says Sherry Ingraham, MD, co-director of Advanced Dermatology in Houston.

“Men differ from women in that they often need volume in the central and lateral part of their cheeks, because when they lose volume in front of the ear area everything sort of droops and they start to jowl,” says Bruce Katz, MD, director of New York City’s Juva Skin & Laser Center. “If we restore volume there on the sides of the face to lift it up again, it really works well.”

“Men often will come in and complain that they look tired, and a lot of this tiredness is due to mid-cheek volume loss,” agrees Dr. Ingraham. “They loose that subcutaneous adipose tissue as they age, but you also see this in men who are very fit and have a really low body fat content. They get that drawn, sunken look. That’s also a medial cheek concern and filling this can be extremely refreshing.”

To avoid feminizing the face, Dr. Ingraham uses a deep injection technique, placing a high G prime filler along the bone. “You want to fill that loss rather than raise the cheek bone as you do in women,” she says. “In men, I’m not looking so much for lift as I am looking for volume replacement and volume correction. This requires deep placement of the filler.”

Fillers that have a high G prime, such as Juvéderm Voluma XC (Allergan) and Restylane Lyft (Galderma), are top-line choices for midface volume replacement, but Sculptra Aesthetic (Galderma) is also a good choice for those who want subtle, gradual improvement. Dr. Katz typically uses Juvéderm Voluma XC in the mid-cheek area and Sculptra in the lateral area of the face to help restore the jawline and fill out the hollowing of the cheeks. “We get more volume with Sculptra on the sides of the face, while you get nice, one-treatment improvement with Voluma in the central cheek,” he says. “But some patients—particularly high-profile patients or those who are on TV every day—prefer to see a gradual effect, and that’s the benefit of using only Sculptra.”

Dr. Ingraham places Restylane Lyft along the jawline to enhance the central and lateral chin. “This gives the area a nice angular, firm look,” she says. “You can also layer the filler along the mandible border. Giving the mandibular border more prominence will help maintain that angular look and better define that transition between the jawline and the neck, which I think is a very important thing to enhance as we age.”

For patients who need more chin projection, “I also tend to augment the chin with fillers using Juvéderm Voluma, Restylane Lyft or a non-HA filler, like Radiesse,” says Dr. Keaney.

When addressing periocular concerns and pronounced forehead lines, neurotoxins come into play. Because men have larger faces, thicker skin and stronger muscles, they typically require higher doses, particularly in the glabella area. “Sometimes they’ll need up to twice the units that you use for female patients,” says Dr. Keaney.

Larger foreheads and higher hairlines also require a slightly different injection technique. “Because guys typically have higher foreheads and hairlines, you often need a little more toxin volume, generally speaking,” says Dr. Katz. “You don’t just inject the toxin in the standard areas over the horizontal lines; you have to go a little higher because the muscles are still working in the peaks where guys tend to thin. If you only inject in the central forehead, they’ll look funny because they’ll have little wrinkles in each peak in the corners of their forehead while the rest of the forehead is smooth.”

One area that requires caution is the brow. You want to avoid arching the male brow as you would a woman’s. Lowering the brow is also a concern. “I am very conscious of looking at men’s eyebrow position,” says Dr. Keaney. “Older men, typically, tend to have some ptosis where the eyebrow sits fairly low above their eye. Often, I won’t even treat the brow, because I don’t want to drop it lower and make their ptosis worse.”

“For women, we inject under the lateral brow to relax the eye muscles that are pulling down on the brow so that the eyebrow goes up,” says Dr. Katz. “With guys, we won’t inject there. We avoid that area completely because we don’t want to create a flare to their eyebrows.”

Since men often benefit aesthetically from crow’s feet, Dr. Ingraham reduces her neurotoxin dosage in this area as well. “I don’t inject too much around the eyes because I find with men, you want to have some of those nice smile lines,” she says. “If you make all of those go away, it tends to feminize the face. I use a smaller amount of toxin around the eyes and a larger amount in the glabella, because men tend to have a stronger glabella complex. But if it’s a first treatment, you want to start gradually and make them comfortable. Men don’t want a dramatic change.”

For patients with significant hollowing under the eyes or in the temple area, fillers can provide additional rejuvenation. “Men do have tear trough concerns, because they create that tired appearance,” says Dr. Keaney. “Here you want to use a lighter filler.”

Photo copyright Getty Images.
[pagebreak]
Dr. Ingraham injects about 1cc of Restylane in each side to fill the tear trough area and uses a higher G prime filler for the temples. “What you want to do in the tear trough is make a natural transition between the lower lid margin and the medial cheek, so there’s no drop or trough in this area,” she says. “We do that by putting the filler deep, laying on the bone in that area, and deep in the temple.”

For many practitioners the greatest challenge is not adapting their techniques to offer optimal outcomes, but rather encouraging men to come into the office and try aesthetic treatments in the first place. As the associate director of a men’s aesthetic clinic located within a larger laser practice in metropolitan Washington, D.C., Dr. Keaney has gained some insight into the male aesthetic patient. “We looked at our demographic data and found that a lot of our male patients are younger. In my first year, the average age in the men’s center was 39 years old as opposed to the rest of our practice, where the average age of our female population was 46,” he says. “What I find is that while older men have more needs, younger men are more cosmetically adventurous and conscious, and I think that is partly driven by social media. They see their faces in pictures and videos, and they’re a little more aware of how their faces are changing, so I’m seeing a lot of men coming in earlier.”

Practices that offer hair loss treatments are at a distinct advantage when it comes to marketing their injectable treatments to men, since they are already in the office. But your female patients can also serve as valuable referral sources. The majority of male patients in both Dr. Katz’ and Dr. Ingraham’s practices originally came in with their wives or girlfriends. “The other subset of patients is my clinical patients who see or read something about my aesthetic treatments every time they come in,” says Dr. Ingraham. “As they become more comfortable with me as their provider, they will ask about those treatments.”

You can encourage referrals by adding before and after pictures of male patients to your galleries and waiting room video loops. “You don’t have to redo your whole practice to serve male patients, but look and see if there are any little changes you can make to let them know that you are familiar with treating men,” says Dr. Keaney. “Look at your brochures and signage, look at the magazines in your waiting room and look at your video loops.”

“It has taken years for me to get before-and-afters, because men are very secretive and private about what they are having done. They do not want to talk about it with friends and family,” says Dr. Ingraham. “If you are treating men, try to find patients who will give you permission to use their before-and-afters—you may need to ask a large number of patients before you find one—and that will really help you build your male filler and toxin business.”

Because the medical aesthetic community has not reached out to men on a broad basis, they are less familiar with the many aesthetic treatments available. “Men are a little less educated about the different aesthetic treatment options available, so you need to provide more education, especially in terms of risks and benefits,” says Dr. Keaney. “Women know about Botox and fillers, so you don’t have to go into detail about how they work. With men, you do. Men are also less likely to ask questions, so it’s important not to skip over simple things like, ‘There may be some bruising.’”

The extra time spent in initial consultations will pay off. “If you spend that extra time in the consult outlining all the risks and benefits, it builds trust and men are very loyal,” says Dr. Keaney. “Once they trust you and like the work you do, they will stick with you so it’s very important to spend extra time on the front end; it will benefit your practice on the back end.”